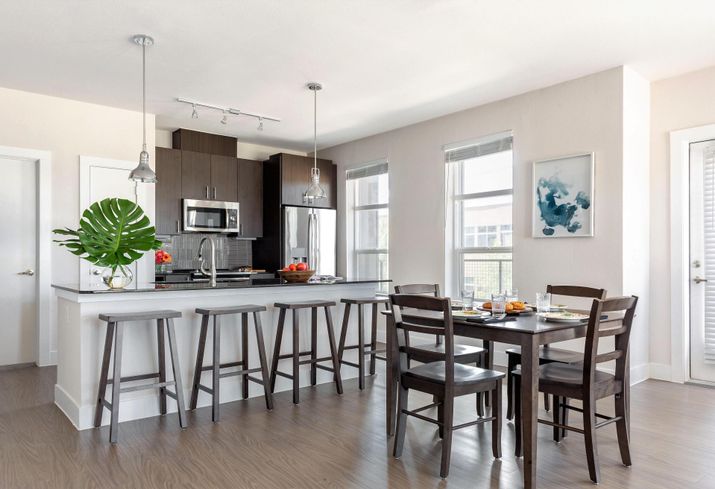 Courtesy of Stay Alfred
The kitchen of a Stay Alfred unit in the Alexan E6 in Austin, Texas

Shelly Rosales was developing a multifamily building in Denver when she got a call from a company that wanted in on her project. But it wasn’t a typical investor — it was a rental operator that wanted to offer a portion of her units to short-term guests.

As demographics evolve and consumers demand more and better travel apartments, short-term rental operators like Stay Alfred have been growing their portfolios by taking master leases for dozens of rooms in luxury multifamily buildings.

It can be difficult for rental operators to get multifamily developers to move away from a model they have pursued for decades. In response, rental companies are developing turnkey operations models for the U.S.' largest developers, helping them scale short-term rental programs across their national portfolios.

“Times change, and development changes,” said Rosales, who serves as vice president of asset management at Trammell Crow Residential. “Ten years ago, I wouldn’t have gotten in a stranger’s car based on a phone app, but then Uber came along. The same shift is happening in multifamily.”

Short-term rentals have been catching on most quickly in growing markets like Denver, Nashville and Austin, which are among the top cities where visiting professionals require short-term stays, Rosales said. While her Denver project sold before she could come to a decision, Rosales found another project that looked fruitful for short-term rentals: the Alexan E6 in Austin.

Many developers have hesitations before signing on with STR operators, and Rosales was no exception: She wondered about liability and about interactions between short-term guests and long-term residents.

“We looked at many different operators, and we ended up going with Stay Alfred, which was the company that contacted us in the first place,” Rosales said. “They had a more complete offering and made the best case for why it would benefit our project. They had liability all laid out, a solid balance sheet and were the most professional of the operators we worked with.”

Stay Alfred was also able to allay many of Rosales’ concerns about the day-to-day operations of the property. The company offered 24-hour service in Austin as well as on-site managers who visited the property every day and screened guests before they arrived. In a market like Austin, which can be inundated by visitors to South by Southwest and year-round bachelorette parties, Rosales said these fail-safes gave her peace of mind. 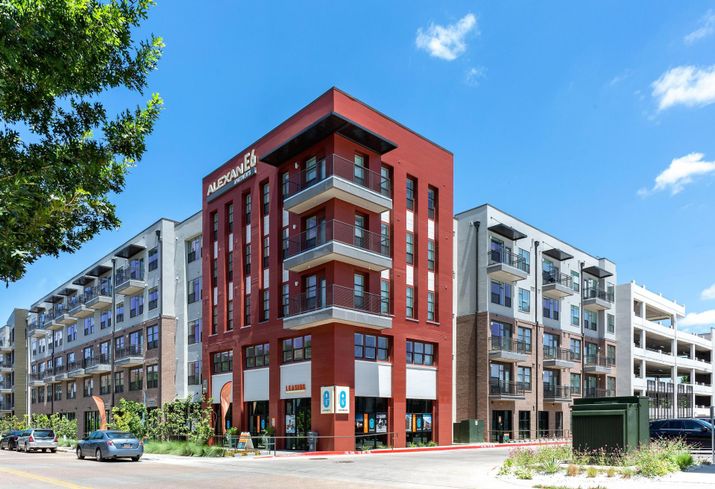 Courtesy of Stay Alfred
The exterior of the Alexan E6 in Austin, Texas

Rosales said she also liked the economics of short-term renting: The Alexan E6 was set to bring 200 residential units to the Austin market all at once, and leasing 10% of those units to Stay Alfred accelerated the lease-up process while reducing the strain on her leasing agents.

Now, two years into the Alexan E6’s life, those 20 units have also helped to reduce churn within the building.

Having dipped her toes in the water in Austin, Rosales said she is looking to expand her partnership with Stay Alfred in her next projects.

“We decided to bring Stay Alfred into our next project, a multifamily building back in Denver,” Rosales said. “And we doubled the number of units that Stay Alfred took, from 20 in Austin to 40 in Denver.”

But, Rosales said, for a developer adapting to a new business model, there is always a learning curve. She said she learned during her work on Alexan E6 that short-term guests typically need more signage and better maps to navigate a new building. In Denver, she is also locating all short-term guests together on a dedicated floor.

Rosales said thanks to the success of her project in Austin, she felt confident bringing Stay Alfred in on projects in the future, and recommended the company to her colleagues.

“Partnering with Stay Alfred made a lot of sense for these two markets based on their demographics and the type of people that are visiting,” Rosales said. “Based on the way travel is evolving, I could see it make sense for other markets across the nation.”

This feature was produced in collaboration between Bisnow Branded Content and Stay Alfred. Bisnow news staff was not involved in the production of this content.

Stay Alfred
Founded in 2011, Stay Alfred pioneered the concept of the travel apartment and is a leader in the alternative accommodations space. Stay Alfred leases and manages high-end travel apartments in core downtown neighborhoods, leveraging our operational excellence, superior legal expertise and technology enabled hospitality platform. The result: Higher NOI and faster absorption for our partners, and a great stay for our guests.
Confirmed! You are subscribed to the Bisnow Austin E-Newsletter.
Bisnow Austin Newsletter
Bisnow Austin Newsletter

Confirmed! You are subscribed to the Bisnow Austin E-Newsletter.