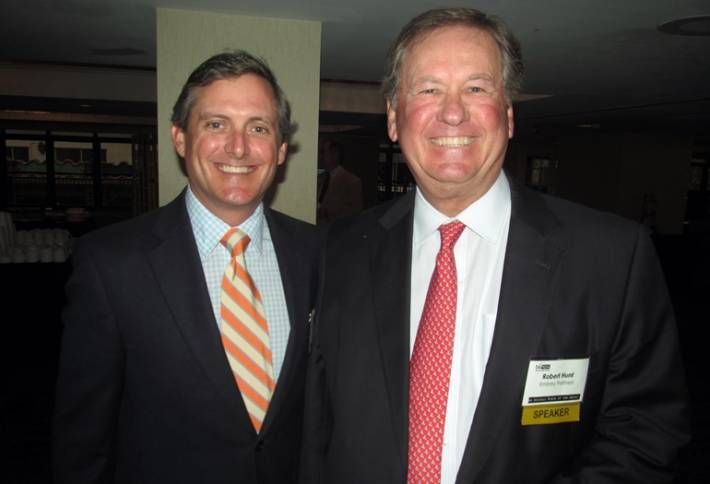 The Broadway Corridor has been one of San Antonio’s most dominant multifamily submarkets in recent years, with demand outstripping supply and fantastic rents, according to panelists at Bisnow’s San Antonio State of the Market event last week. Embrey Partners EVP Robert Hunt (here with KMD’s Marshall Davidson) is set to deliver the last 42 units at his Mulberry project in December, and the property’s already nearly 70% leased. The corridor is drawing people in from all over--he says 80% of residents are moving in from outside of the center city, and half are from out of town. 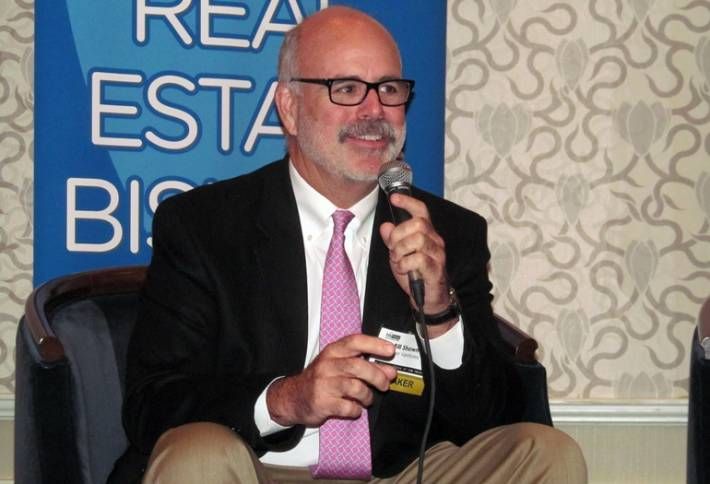 The Pearl has two major projects on tap, says Silver Ventures managing director Bill Shown: The Emma (a 146-room hotel that Bill believes will transform the way food is experienced in hospitality) and a 10-story multifamily tower with 122 units. Silver Ventures is also adding two acres of park/public space in front, and will be converting a remnant tower into a pool deck and patio. 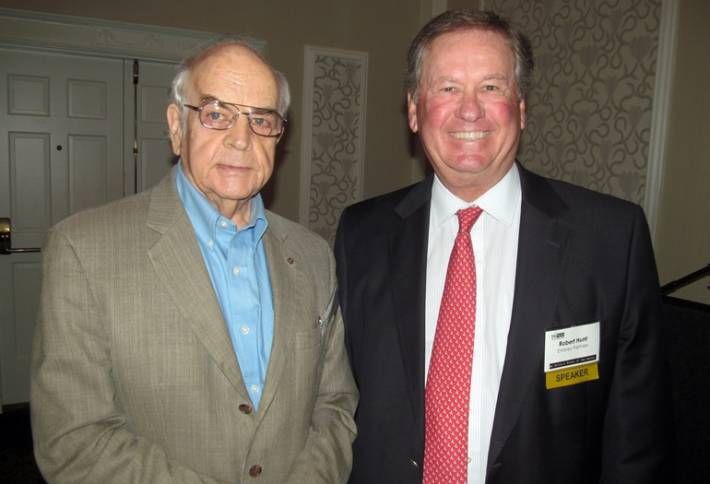 Bill and Robert (here with Zurich International Properties’ Josef Seiterle) both stressed the importance of incentives to the development of center city multifamily. Bill says it’s very different, complex and expensive to build residential Downtown. Embrey used one of the last available cash grants from the City to develop Breckenridge, and Robert agrees some components of central city development will only get done with City encouragement.  Clearly Robert did something right at Breckenridge—Bill’s daughter moved back to San Antonio a few weeks ago and signed a lease there instead of in the Pearl (even though Dad was working hard to find her a spot). 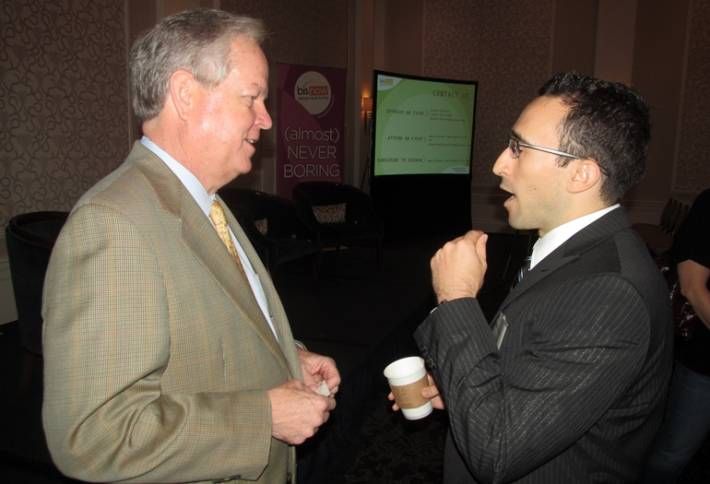 Occupancy stats of Broadway multifamily properties are especially impressive when you consider pricing. San Antonio Commercial Advisors CEO Ed Cross (chatting with USAA Real Estate’s Jake Jopling) says San Antonio has a disproportionately small amount of residents who can afford top-tier apartments. He believes there’s unlimited demand for one-bedroom units at $1,000, but most central city projects are over that. (2121 Broadway is getting $1.65/SF now.)

Here’s our moderator IPA executive director Will Balthrope networking away with Mary Bronwyn. Ed’s top priority now is renovating Broadway—he says it’s an ugly highway and he’s ashamed to drive it. He thinks beautifying it is critical to the corridor’s success. Although much of our center city discussion centered on multifamily, Ed says he’s been surprised by how much office demand is in River North—10 years ago, he thought it’d end up primarily residential, but he gets calls weekly from office tenants wanting to locate there. He predicts there will be a spec office start there in the next few years.