Will I-35 Congestion Damage Austin's Popularity?

Were on many Top 10 lists for our awesome live/work/play environment. But that may no longer be true if somethingisn'tdone soon about the traffic congestion along I-35 and MoPac, according to Lone Star Rail District's Joe Black at oursecondannual Austin Future of the I-35 Corridor event yesterday. 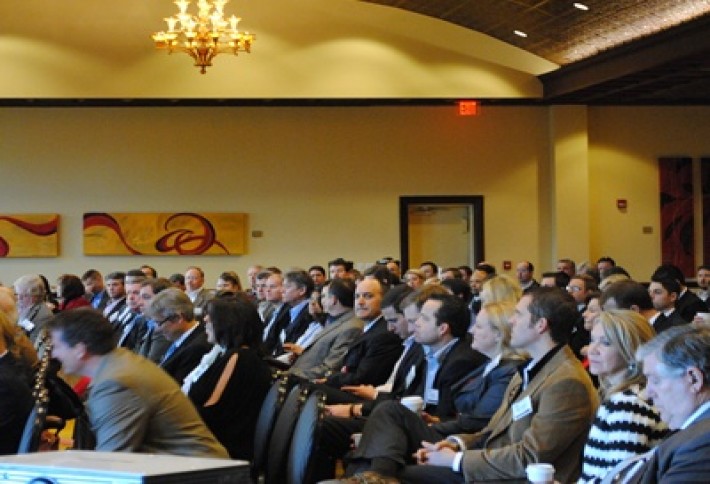 More than 200 attendees listened as Joe recalled a conversation with a CEO who says if area leadersaren'tperceived to be doing all they can to address the mobility issues, Austin will lose its brand as the place to relocate or grow your business. It wont be five years before companies get that message, because no one can get to work. Theres no good location to place a facility, because people cant get there; the congestion is bad, and the regionisn'tserious about doing anything. Thats what he wants to avoid. 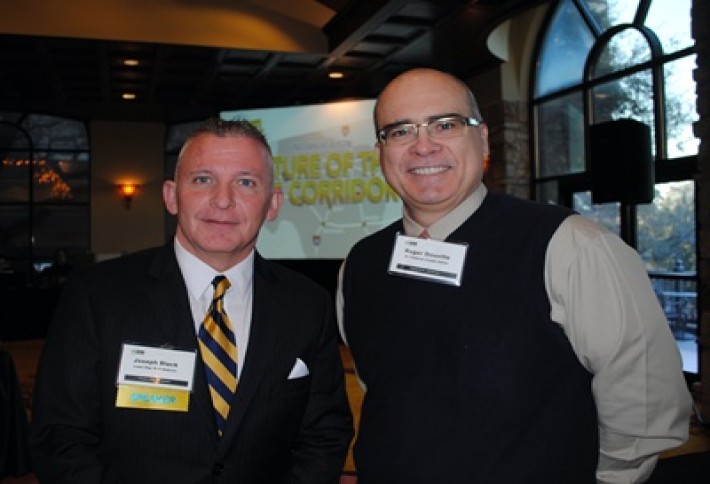 Joe (with A+ Federal Credit Unions Roger Douville) says 80% of Mexicos trade travels up I-35 on trucks. That traffic is projected to grow, and with the population increases continuing, traffic in 25 years could require 12 lanes from the north and 14 lanes from the south to accommodate it all. That wont happen, he says, so the solution is rail. Hes working to see a freight rail bypass created to increase the capacity on the Union Pacific line and pull traffic off the highways and create a commuter rail, LSTAR. 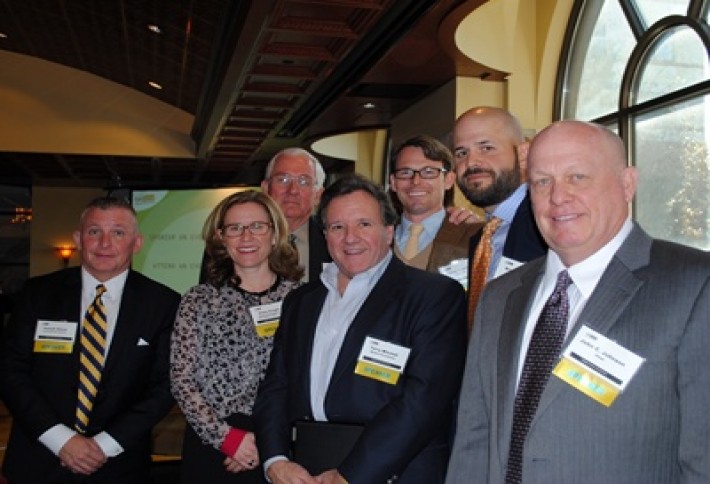 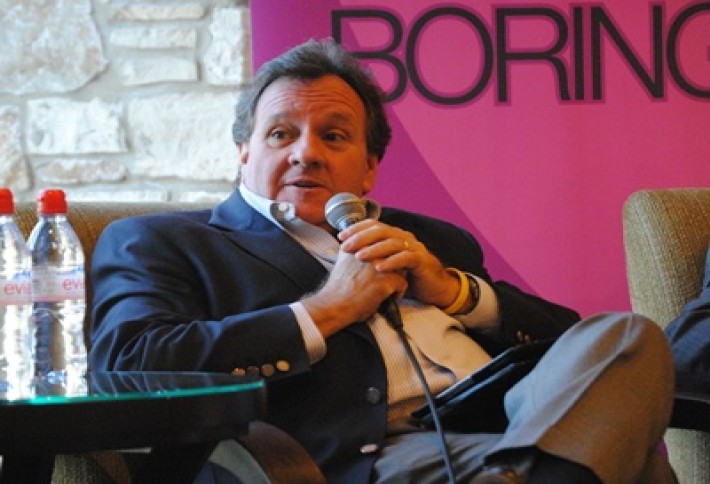 Terry says the addition of single-member city council districts coming in the 2014 November election will mean big changes in how the city addresses issues like traffic, because thats a big concern for their constituents, especially in Southwest Austin. Traffic wont improve until Austinites change behaviors and how theyll pay for solutions (i.e., get ready for taxes). If traffic issuesaren'tfixed, businesses and people will start moving south or to the west so they dont have to get on the MoPac or I-35. His best guess: Plan for another three to four years of it not getting any better. 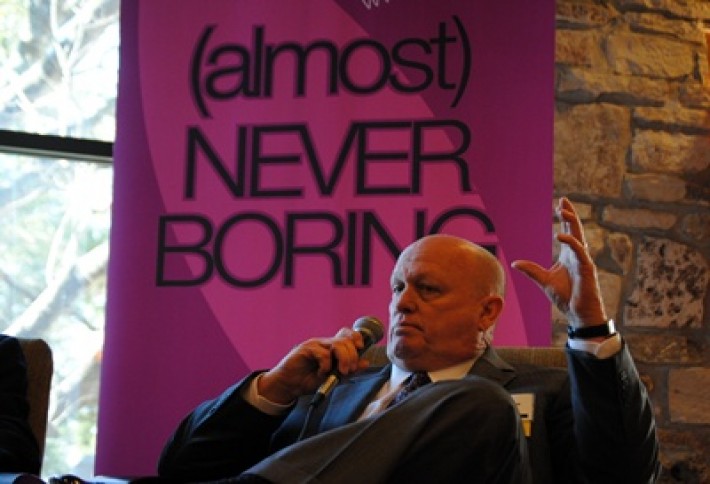 John predicts continued growth in manufacturing in Mexico for the next seven years (largely because of low labor costs), which translates into a need for distribution centers in the US. Those will likely be along I-35 because of NAFTA. The Austin area could probably see a development or two with 150 to 200 acres. 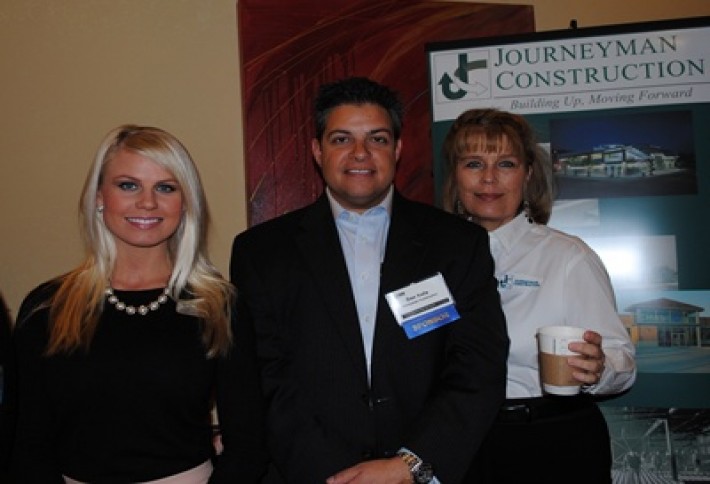 Event sponsor Journeyman Constructions Casey Gandy, Dan Vafa, and Debra DeGiovanni. Dan tells us the full-service general construction firm has five offices statewide and is working on several projects, including the Lakewood Apartments in Austin, three dormitoriesat the University of Texas at Permian Basin, and a 162-room Hilton Garden Inn in Lawton, Okla, with 20k SF of meeting space. 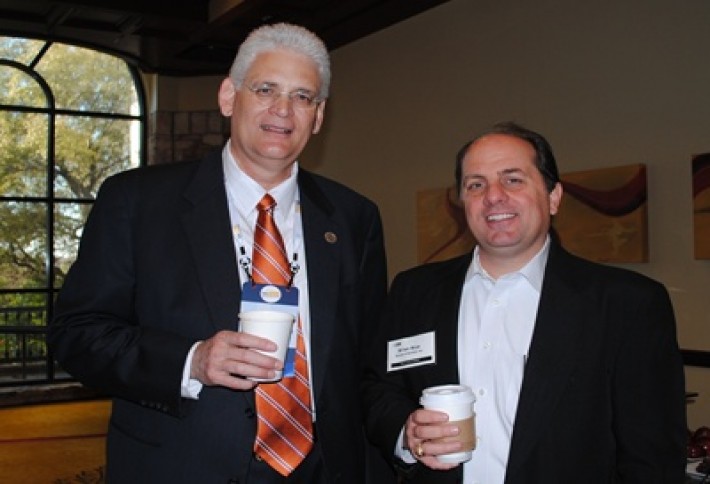 Event sponsor American Institute of Steel Constructions Rick Kuhn, with Binkley & Barfields Brian Rice, tells us the AISC provides the design code for structural steel. You can call the Chicago HQ, where six engineers are ready to answer questions on a complimentary basis. They can even provide a conceptual solution to your building project and help with design based on your criteria, what you like, and even a napkin sketch. The engineers will provide you with a design and even get pricing for you. 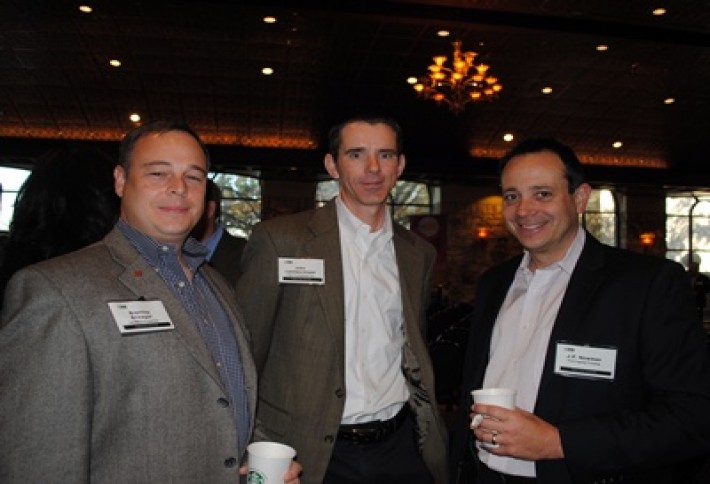 Just like rush hour, you can count on more I-35 event coverage in next weeks issue. Share Austin news with tonie@bisnow.com and San Antonio news with catie@bisnow.com.