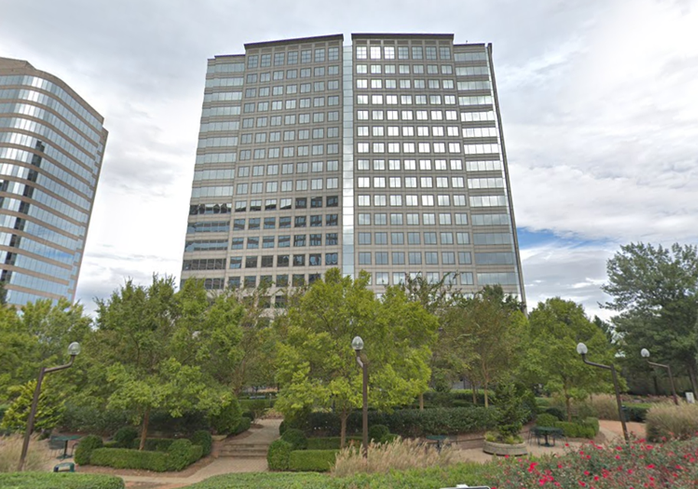 The Atlanta-based REIT has purchased the last two office towers in the Atlanta Galleria Office Park — Galleria 400 and 600 — and a 10-acre development parcel for $231.2M. Stripping out the $18.8M Piedmont paid for the land, the firm paid $246/SF on the two buildings. While Piedmont did not disclose the seller of the buildings, Cobb County tax records list the previous owner as the State Teachers Retirement System of Ohio.

Piedmont has targeted the five-tower Atlanta Galleria Office Park since 2015, when it bought Galleria 200 from Childress Klein Properties. A year later, Piedmont acquired Galleria 300, and then earlier this year, it acquired Galleria 100. The latest purchase means Piedmont Office now controls the entire complex, located off Akers Mill Road, near the nexus of Interstate 285 and I-75 in Cobb County.

Company officials said in a release that Piedmont’s total investment in Atlanta Galleria is just under $500M, which is “a significant discount to estimated replacement cost.”

Childress Klein Managing Partner Gordon Buchmiller told Bisnow that was a deciding factor in Piedmont's acquisition of Galleria 100, which it bought for $95.1M, or $228/SF, earlier this year. With construction costs on new office buildings soaring, to duplicate an office building like those at Atlanta Galleria could cost twice as much as what Piedmont paid for them.

“The cost to reproduce that building today would probably be $450/SF. That makes someone like Piedmont feel very, very comfortable about their basis,” Buchmiller told Bisnow.

“When we acquired Galleria 300 in 2015, we boldly imagined the environment a single owner could create adjacent to the unique amenity set evolving in The Battery [at SunTrust Park],” Piedmont Office CEO Brent Smith said in a release. “Today, the first step of that vision becomes a reality and marks the beginning of Piedmont’s transformation of this prominent Atlanta mixed-use development.”

CORRECTION, AUG. 27, NOON E.T.: A previous version of this story misstated the price per square foot Piedmont Office Realty Trust paid for Galleria 400 and 600. The story has been updated.