How can an office campus from the late 1970s compete against the newest office towers in Atlanta's skyline for tech firms? One Atlanta landlord is hoping 100-gigabit internet speeds is the answer. 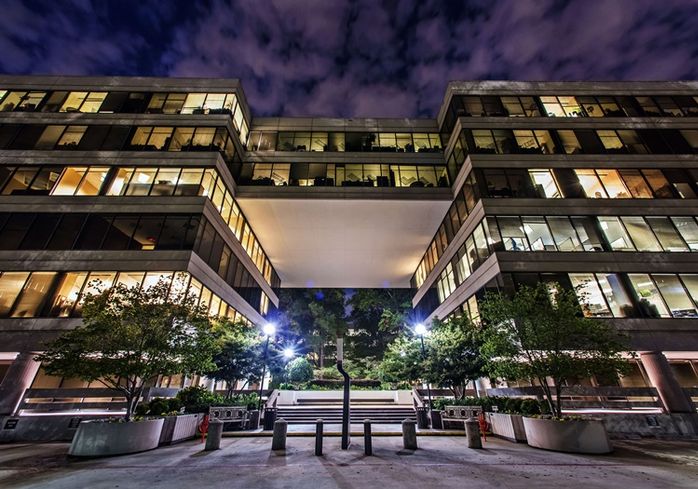 Courtesy: The Ardent Cos.
Piedmont Center 1-4 in Buckhead

The Ardent Cos. has struck a partnership with AT&T in Atlanta to roll out a total of 100-gigabit speeds — bandwidth more often found in data centers than bread-and-butter office buildings — at some of its Piedmont Center office properties.

It is part of Ardent's effort to lure high-tech companies as tenants into the buildings off Piedmont Road in the heart of Buckhead, The Ardent Cos. Managing Director Scott Werbel said.

“When we were sitting there, we said we should have the fastest available [internet] in the marketplace, and we should use that as a tool to attract younger companies,” Werbel said.

Ardent purchased the four-building block, called Piedmont Center 1-4, for more than $140M in August from Northwestern Mutual. Ardent, in a joint venture with Cone Middour Partners, purchased The Fountains at Piedmont Center last year as well.

AT&T had installed an upgraded fiber network into Piedmont Center 1-4 as part of a larger national rollout of upgraded fiber cables back in 2012, AT&T Senior Fiber Manager Jackson Land said.

The new program — which will officially launch at the start of the new year — will give Ardent the ability to parcel out up to 100 gigabits of AT&T network access to tenants for an additional fee.

Werbel said the firm already is fielding interest from existing tenants to boost their internet speeds. And the firm plans to roll out 10-gigabit WiFi internet in all its common areas as well, a place where many tenant employees gather to work or hang out, he said. The speeds will be part of its marketing tool to attempt to push occupancy at Piedmont Center 1-4 up from the mid-70% range now.

According to a recent survey by WiredScore, Ardent may be on to something.

While location is still king, the firm — which rates and certifies internet speeds and access at commercial buildings — found that the quality of internet connectivity is fast becoming a major factor in leasing decisions. Robust internet speeds, in fact, came in second behind a building's location among 150 leasing decision-makers polled by WiredScore.

“As the results demonstrate, quality internet cannot be taken for granted,” WiredScore officials said in the report. “The message from tenants is clear: technological infrastructure and connectivity are far from afterthoughts. They're priorities for companies seeking office space now and in the future.” 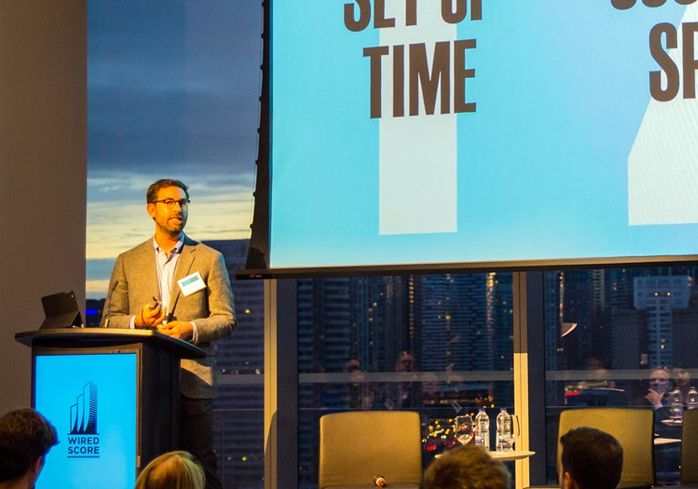 WiredScore CEO Arie Barendrecht said it is not just speed that is a factor, though. Other key considerations include a network's dependability and whether more than one internet provider is available to tenants. That has led to commercial landlords paying attention to their buildings' internet infrastructure and paying, in some cases, to make it much more robust, Barendrecht said.

“What really matters to the business is quite literally hidden behind the walls. Tenants are willing to pay more per square foot, sign leases more quickly and sign longer leases for best-in-class internet connectivity,” he said. “Connectivity is the lifeblood of business today, and you can't really compete without it.”

Werbel declined to disclose how much Ardent is spending on the AT&T fiber program. But he said the firm is evaluating costs to connect its other Piedmont Center buildings to the fiber network as well.

“I do know that people ask about it, and we have chosen to get out ahead of that issue,” Seven Oaks Co. principal Bob Voyles said. Seven Oaks Perimeter Summit office campus is part of a collection of buildings in Atlanta that have been certified by WiredScore with a robust network.

Voyles said the need for connectivity has, even more, to do with mobile devices than desktop or laptop computers. That is because it is becoming the way the modern office worker is conducting business.

“You and I both use the internet all the time. If we're having to deal with it and are frustrated in not having it, you know tenants are,” he said. “I use the large-scale iPad now for 95% of my business. I don't carry a briefcase. I just carry this.”

WiFi and internet speeds are part of a growing package of amenities tenants are seeking in office environments, including walkability and access to a variety of food vendors.

Colliers International Atlanta CEO Bob Mathews said what may be even more important than bandwidth to tenants is a little more fundamental: watts per square foot. How much power a tenant can use in a building without straining the infrastructure has become a key issue, especially as firms continue to condense more employees into fewer and fewer square feet, Mathews said.

“Anything that's new being built, they have to take into account the long-term demand for power,” he said. “That's a very expensive process.”