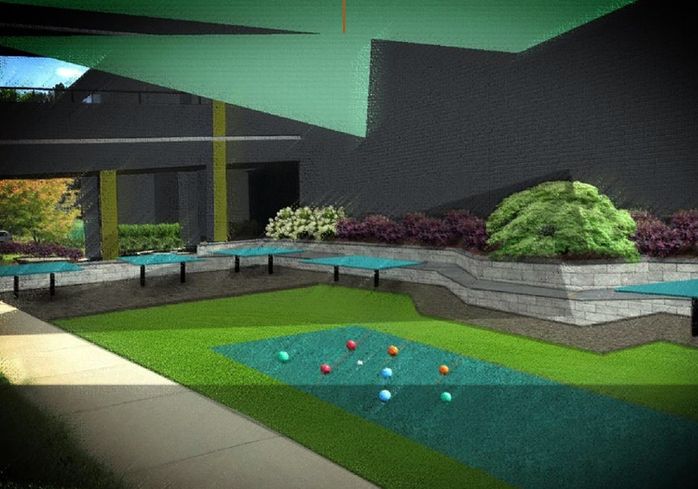 Highgate is planning to infuse a total of $5M into the property's common areas, building facades and updated landscaping, including a new bocce ball court. It has also rebranded the property as Union Park.

Highgate and Varden tapped Madison Marquette to lease the remaining 65K SF at the property.

Landlords and developers have unleashed a slew of new and refurbished Class-A office towers across the Atlanta area, raising the bar on amenities in the process. That is pushing landlords of older product to renovate to compete, Highgate partner Beau Terrell said.

Union Park is being partly marketed toward medical office tenants, given its proximity to Pill Hill, the nexus of healthcare facilities that includes Emory Saint Joseph's Hospital, Children's Healthcare of Atlanta and Northside Hospital.

Union Park's asking rents are $23.50/SF, below the average of more than $28/SF in Central Perimeter.

“We're trying to … make this a low-cost provider for healthcare tenants,” Terrell said.