The first new office building of the new year is a go, thanks to a headquarters lease for an Atlanta staffing firm. 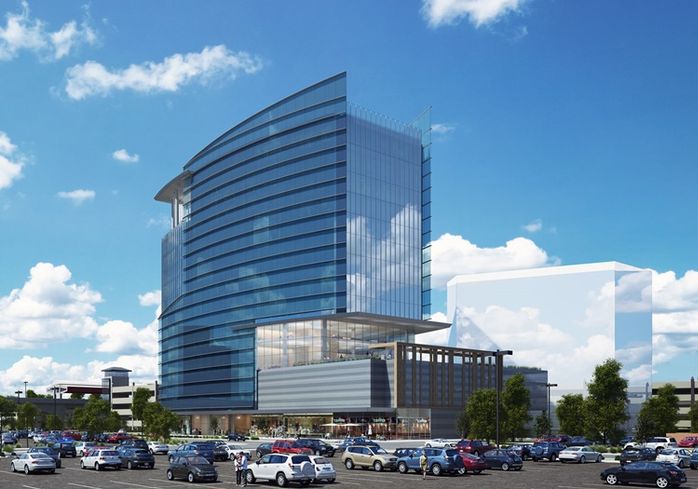 Courtesy: Trammell Crow
Rendering for Twelve24, a 16-story office building connected to the Dunwoody MARTA Station in Central Perimeter, being developed in a joint venture between Trammell Crow and CBRE Global Investors

Trammell Crow and CBRE Global Investors plan to break ground this summer on Twelve24, a 16-story, 334K SF transit-oriented office tower on a four-acre site connected to the Dunwoody MARTA Station. The building is expected to open in 2020, and will be more than half occupied by the headquarters for Insight Global, a national technology staffing company.

Twelve24 is the first new office building to get an official launch date in 2018, but it will not be the last. More developers are vying to build as leasing momentum will continue as Atlanta's economy continues to produce jobs this year.

Piedmont Office REIT has plans for two new office buildings in Atlanta: Glenridge Highlands III in Central Perimeter and The Medici II, the sister boutique office building to The Medici off Northside Drive in Buckhead.

But like many other developers, Piedmont does not intend to break ground on those until it signs a significant anchor tenant, Wells said. 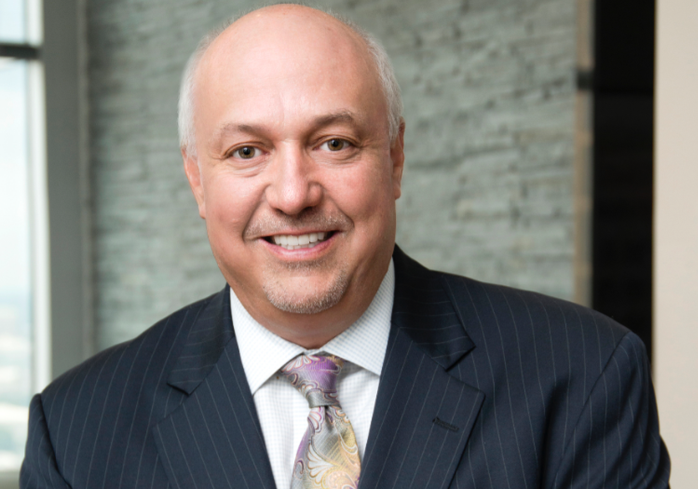 There are more than 20 office projects proposed throughout the Metro Atlanta area encompassing nearly 10M SF, including the 570K SF Abernathy 400 in Central Perimeter by Ackerman & Co. and Cousins Properties, the 250K SF 14th & Spring project in Midtown by Greenstone Properties, 3354 Peachtree, a 560K SF office-centric mixed-use project in Buckhead by Regent Partners, and the more-than-500K SF Metropolitan Center project by MetLife in Midtown, according to Colliers International. This count does not include the 9M SF planned for The Gulch in Downtown Atlanta.

While many would roll the dice on speculative development, the price of land and construction costs make that a big gamble, especially within the boundaries of Interstate 285.

“Half the sites in Midtown that could have been office sites have been snagged up by residential,” Baile said.

And the larger the project, the less likely a developer is to make that speculative gamble, even as numerous big office tenants scout the market.

“It's not that [developers] are afraid of spec," he said. "They're afraid of the amount of spec space that's on the market."

But at least one developer appears to be moving forward with a spec project. Hines Interests has previously announced plans to start construction this year on new office projects at Atlantic Station. Most recently, the firm filed land disturbance permits with the City of Atlanta for its T3 West Midtown office project.

Holder Properties is also launching a new office building in Atlanta. And like Trammell Crow, it has a big tenant in tow: the regional offices for Serta Simmons Bedding. The mattress-maker plans to occupy all 210K SF of a build-to-suit office building at the former General Motors site in Doraville. Slated to open in 2019, it will be part of the larger Assembly mixed-use project being spearheaded by Integral Group.

Holder itself is gambling on spec office, just not in Atlanta. It recently closed on land to develop a 110K SF office building in Charleston, South Carolina, Barfield said. But even with some office tenants still consolidating their spaces, Barfield said he sees more office developers gearing up for projects as capital begins to shy away from what has been the favored child in the past few years: multifamily development.

For real estate investors, Tishman Speyer's recent sale of a one-time spec tower Three Alliance Center for well over $500/SF has raised a lot of eyebrows, Baile said. It has demonstrated that good money can be made with office development in Atlanta, even factoring in construction costs.