'If It's Good Enough For Our Clients': Brokerages Start Returning To The Office

As states like Georgia and Texas allow nonessential businesses to reopen, some of the largest commercial real estate services firms are allowing their brokers and other staff to slowly return to the office. 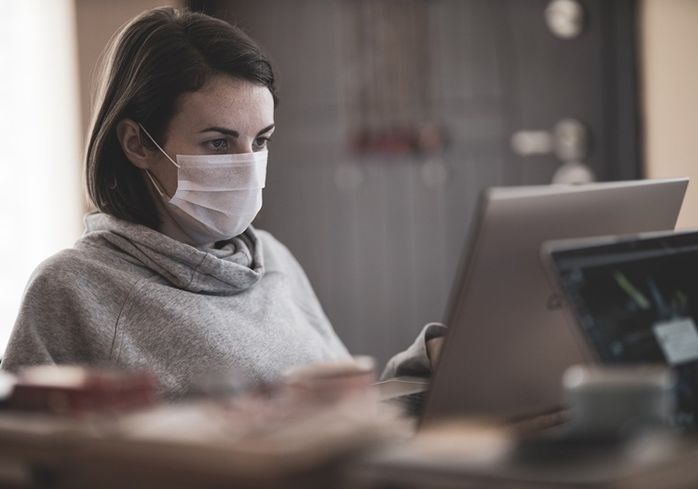 Pixabay/Angin Akyurt
Working in the office won't be the same in a post-pandemic world, including in commercial real estate.

These firms are doing so under the knowledge that their clients, who are relying on their advice on how to allow their own employees back into offices across the globe, will be watching how it works out for them.

For some firms, reopening now in states that have lifted restrictions was done at the behest of their employees. While returning to the office is voluntary, many executives said being away from the office hinders aspects of working together that can't be achieved using Zoom or Microsoft Teams.

"We believe productivity and collaboration are better in the office, which is likely what motivates people to want to come back," Colliers International CEO Gil Borok said.

Colliers is in the process of evaluating the reopening of some of its offices where restrictions have been lifted, including in Atlanta. But each office needs to operate by strict safety standards and each needs its own approval to reopen, Borok said.

Abernathy, who heads up NKF's global workplace strategy, said the New York-based brokerage’s Atlanta office will open next week, one of its first in the U.S. to allow workers back. For many of NKF's employees, working from home for those first 90 days was "kind of a honeymoon," and the company found that productivity didn’t suffer, Abernathy said.

But now, he said many have expressed a desire to get back to the office and away from distractions.

"There's an anxiousness to get back in for people who need that environment to be productive," Abernathy said.

Many executives said the reaction to an office among the rank-and-file runs a spectrum from anxious to hesitant, with reactions largely dependent on geography. For some brokers and staff, getting to the office requires they travel on mass transit, which may be a scary prospect for some, Avison Young CEO Mark Rose said.

“Obviously, if you want to get on the New York City subway or even D.C. [Metro] or the London Tube, it makes sense those are very, very dense public transportation [systems]. Those are going to be very, very difficult for people to become comfortable with,” Rose said.

“Once you get into the office, I actually think that's the easiest part,” he added. “We just have to think through these things and give people an opportunity to make choices on their best interests.”

One prominent Atlanta real estate broker, who spoke on condition of anonymity, said May feels too soon to return to the office with any regularity. The broker's firm is among those that haven’t yet announced a reopening date.

“I don't see companies mandating a requirement to come to the office for many, many months,” the broker said. “We're sitting here in May. I personally say, by the time SEC football season rolls around, I'm ready to rock.” 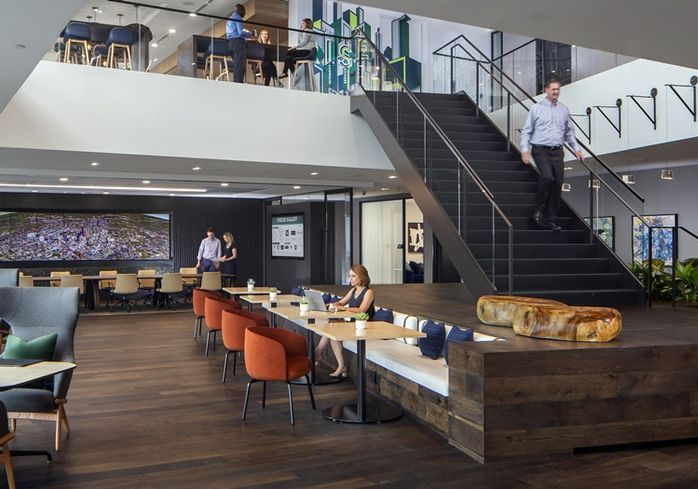 Courtesy of CBRE
CBRE's Atlanta office, seen here prior to the coronavirus pandemic.

"Now as states are opening up, our teams want to return and increase collaboration," he said. “You have people not itching to get back to the workplace. But I would say at this point in time, the majority of our team members are anxious to get back into the flow of a workplace situation.”

“I don't enjoy working from home,” said another prominent Atlanta broker who wished to remain anonymous and whose firm had yet to announce a reopening date. “But there are many people in my office who told me they're not ready to come back. A lot of them don't think it's safe yet.”

In the weeks after the World Health Organization declared the coronavirus a pandemic on March 11, most municipalities and states were quick to issue shelter-in-place orders, and many businesses shifted employees to a work-at-home model. Most commercial real estate firms scrambled to figure out how best to continue to operate with staff working from home.

Property managers at many commercial real estate firms continued to report to their properties during the outbreak.

Soon after, commercial real estate firms began to advise clients on how to reconfigure their office spaces in an environment where social distancing has become the norm, but also chart out their own reopening. That meant that the firms need to model what they have been advising tenants to do, Colliers' Borok said.

For many commercial real estate firms, the way the office is operated in a post-pandemic world will be far different than it was in March. All of the firms interviewed by Bisnow are enacting measures that will attempt to ensure social distancing among their staff and as little touching of objects as possible.

Most are instituting one-way hallways inside their spaces, some are requiring face masks, and others are ensuring there is plenty of hand sanitizer available and instituting stricter cleaning policies, including the use of ultraviolet lights to eliminate germs on some surfaces.

Some firms plan to install plexiglass dividers between cubicles and other workspaces. Most interviewed by Bisnow said they are leaning heavily on guidelines outlined by WHO and the Centers for Disease Control and Prevention, and in some cases, experiences they have had reopening offices in Asia and Europe. 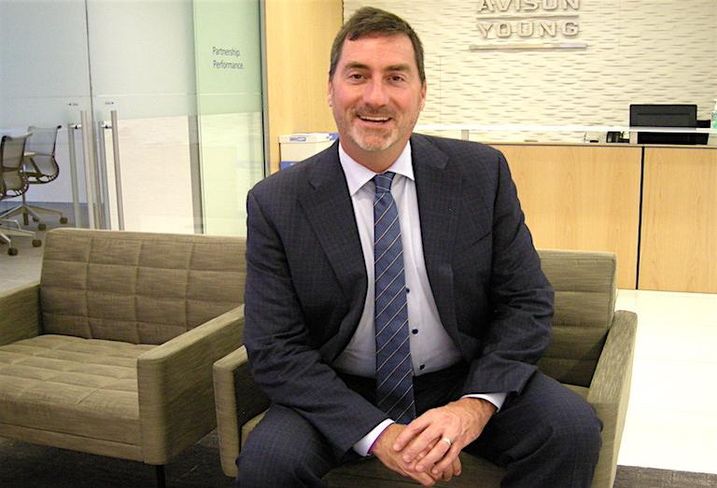 Some firms are also engaging in more elaborate steps. For instance, Lee & Associates, which is reopening its Atlanta office May 18, is requiring all employees to test for the COVID-19 antibody prior to returning to the office. Avison Young is removing hand dryers from all their restrooms, replacing them with paper towels and using motion-activated water faucets and soap dispensers.

CBRE is considering staggering work schedules so not everyone will be in the office at once and checking the temperatures of employees before entering the space, Chief Operating Officer Ed Schreyer said.

Goodwin partner Andy Sucoff said many commercial real estate firms are looking to enhance touchless technologies, not only in their office spaces, but in their own buildings as well, things like voice-controlled elevators and automatic doors.

“The big companies like CBRE and JLL have massive workforces of their own and are looked to by others in the industry,” said Sucoff, who is Chairman of Goodwin’s Boston office and a partner in the commercial real estate practice.

The Long Road Back

CBRE has yet to announce a reopening date in Atlanta and for much of the rest of the U.S., Schreyer said. And even once a date is announced, the preferred method will still be for employees to work from home.

“I would say realistically, we're looking at nothing before June,” he said.

Rose said there are too many variables with employees to require them to return to offices even once they are reopened.

“We have given voluntary work-from-home [orders] for the rest of the year,” Rose said. “Either because of a child care situation, anxiety or any other mental wellness issue, if you believe you can't make it back to the office, it's voluntary, no questions asked.”

Cushman & Wakefield has begun applying lessons the firm learned in helping thousands of firms in China reopen their offices into a reopening program that it instituted at its headquarters in Amsterdam, CNBC reported. Officials with Cushman & Wakefield did not return questions from Bisnow about its Atlanta or other U.S. office reopening schedules.

Brokers are entrepreneurial and reopening their offices is a step toward feeling as though the rest of the business world is reopening, Rinkov said.

"People really want to get back to work," he said. "[And they] want to see their markets open more than anything."