The first of 40 U.S. Bad Axe Throwing venues to reopen since widespread shelter-in-place orders were issued across the country was in Atlanta on Friday.

Bad Axe CEO Mario Zelaya expected business to be bad, maybe 10% of the hundreds of customers he would expect to see throw axes and drink beer on a typical weekend.

“That was the worst-case scenario, especially with all the marketing we did,” Zelaya said. “The reopening weekend was a disaster. We had two customers all weekend." 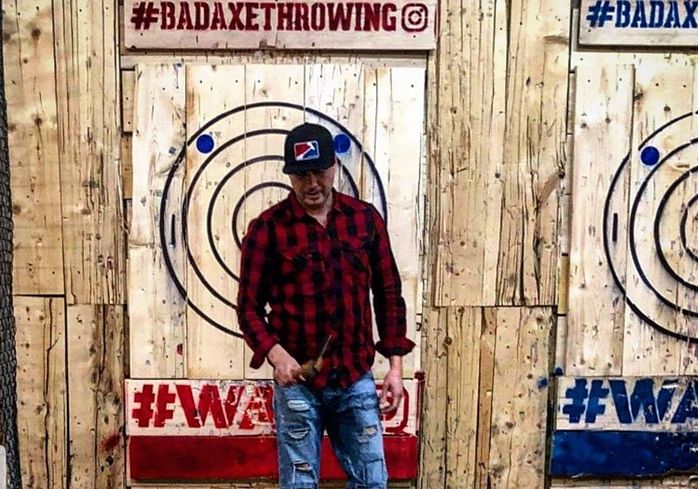 All eyes are on Georgia, one of the first states in the nation to allow some retailers — including restaurants, salons, gyms and small entertainment venues like bowling alleys or ax-throwing — to open or begin to seat customers after a stay-at-home order.

Gov. Brian Kemp's decision to allow some nonessential businesses to reopen was decried by medical experts and some businesses as hasty. Even President Donald Trump, who days earlier reportedly asked governors to start reopening their economies, called Kemp's decree "too soon."

Despite the public health and political debate, one thing is clear: The longer retailers and restaurants stay closed, the harder it will be for them to survive.

“I think every small-business owner is in the same position as we are where they're nervous, and they're worried, and they're scared of public backlash,” Zelaya said. “Our only decision right now is to survive. We'll take measures to ensure that.”

The pressure to reopen isn't coming from landlords, Smokey Bones CEO James O'Reilly told Bisnow. O'Reilly said landlords have been understanding, and while the 61-location barbecue chain has been operating curbside and takeout service during the pandemic, Smokey Bones reopened four of its restaurants in Georgia and Tennessee for dine-in guests this past week.

“[Landlords] understand for us … the pressures that our industry is facing. What I can tell you [is] that all of the discussions with the landlords have been productive,” O'Reilly said.

The chain is opening in states where governors are permitting them to do so, O'Reilly said. He said Smokey Bones “wants to be part of reopening the economy,” and given that the firm didn't accept any Paycheck Protection Program loans, O'Reilly said his employees need to get back to work.

Like many restaurants, Smokey Bones made alterations to its dining room operations, including using paper plates and plastic utensils and distancing guests from each other. But that comes at a price. Each Smokey Bones spans between 7K and 10K SF, O'Reilly said, and will operate at an average of 50% capacity.

“Dine-in business was the majority of our revenue,” he said. "We're not expecting guests to flood back into our restaurants, but as they do come back in slowly, we want them to know the changes we made." 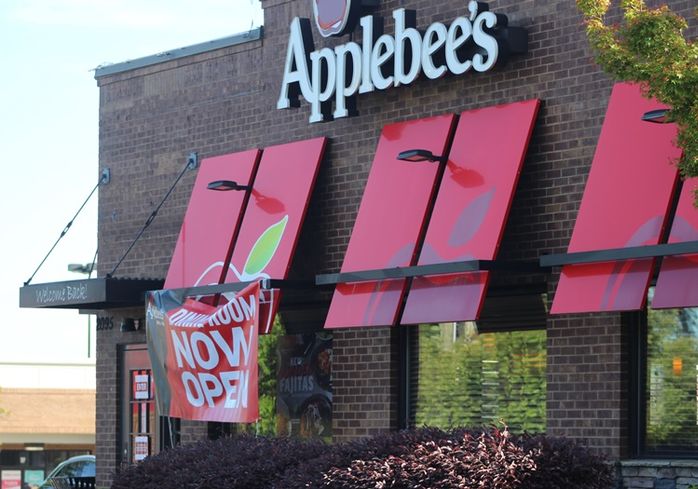 Bisnow
Applebee's was among the many chain restaurants reopening their dining rooms for business after Georgia Gov. Brian Kemp decreed they were permitted to do so in April.

Some retail landlords Bisnow spoke to this week said they will leave it to their tenants to know when to open.

Atlanta-based real estate firm Ackerman & Co. collected about 50% of its rents from its retailers in April. Retail President Leo Wiener said he doesn't expect May to be much different. Wiener said Ackerman continues to be understanding with tenants who choose not to open despite Kemp's decree that they can legally do so.

“At this point, it just doesn't make business sense to push a tenant open. I've got to trust that the restaurateur knows their customer,” he said. “I just think it's too early for landlords to start pushing tenants.”

Bob Prosen, the CEO of small to midsized business crisis consultant The Prosen Center for Business Advancement, said many mom-and-pops don’t have enough revenue to remain shuttered much longer.

“It certainly is not their landlords that are driving this. I understand it’s a problem, but that’s not the primary driver,” Prosen said. “They are going to lose their businesses."

About a third of Atlanta-based Coro Realty Advisor's retail tenants reopened over the past weekend, Coro President Robert Fransen said. Most others expect to reopen over the next two weeks, he said. But even with the lifting of the shelter-at-home order, Coro hasn't demanded any of its tenants turn the lights back on.

“We don't want to treat our tenants that way. Our personal opinion from the company is [the reopen decree] was too soon,” Fransen said. "So we did feel it was unfair to box tenants in on a decision we didn't agree with." 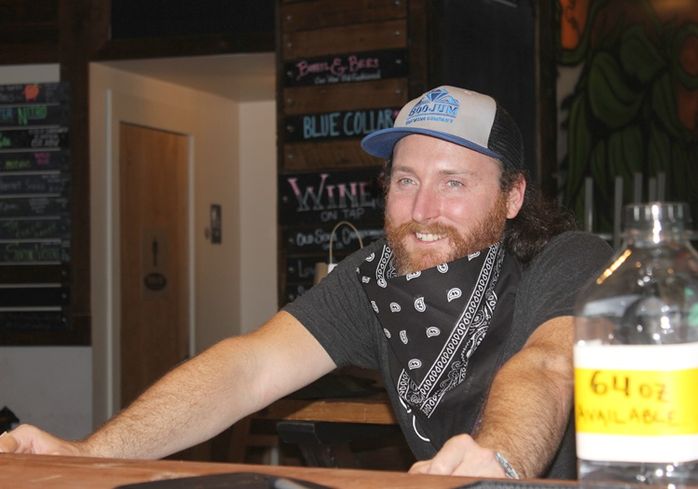 Some landlords say they are the ones getting boxed in. If they were to evict a struggling tenant for defaulting on their lease, those same landlords may be in even worse shape for doing so, Prosen said.

“When it comes to landlords, what choices do they have? Are you going to evict? Because there's no one coming in to backfill this,” he said.

Opening up now won't have a material impact on the business loss many retailers have experienced already, The Shopping Center Group partner Marc Weinberg said. Even if a salon opens, not all of its hairdressers will agree to return to work. And, by and large, customers are tiptoeing back to restaurant dining.

“It won't make any difference to [the restaurateur] about his payments … because his opening up is not making that big of a difference on his income,” Weinberg said. “It is too early to tell if the opening of restaurants will make any difference in the revenues that they will generate. The public still is not coming out in strength.”

Weinberg and others said the tenants that receive the best response from landlords are ones that went directly to them early on for help and were transparent.

That was not the path some national retail chains took with their landlords, leading to widespread disillusionment among property owners. Some national chains, like Cheesecake Factory and Staples, have declared they won't pay any rent while they are forced to stay closed.

Other publicly traded retailers negotiating their rent include Starbucks; One Group Hospitality, which operates STK Steakhouse and Kona Grill; Kura Sushi USA; and Hibbett Sports. Starbucks executives said the coffee chain plans to have 90% of its stores reopened by the end of June during the company's Q1 earnings call.

“We’re quite proud of the fact that we have remained current on all of our rent payments, which we believe reinforces our position as a developer of choice, if you will,” Starbucks Chief Financial Officer Patrick Grismer said on the call this week. “We are having ongoing conversations with our landlords in various markets regarding what may be commercially reasonable lease concessions in the current environment. So we’ve not yet confirmed those arrangements and it’s really premature to indicate what that relief may look like, but it is something that we are pursuing.”

Those talks have not all taken place with velvet gloves on.

“If a retailer has defaulted without communication or taken a sharp-elbowed approach — as many national retailers have — we have responded in kind. My sense is that most landlords have taken the same two-track approach,” Fransen said.

“Public companies — often with investment-grade credit and the ability to tap the public markets — are instead pleading poverty to furlough employees and chisel landlords," he added. "They are underestimating the reputational damage they are doing to themselves.” 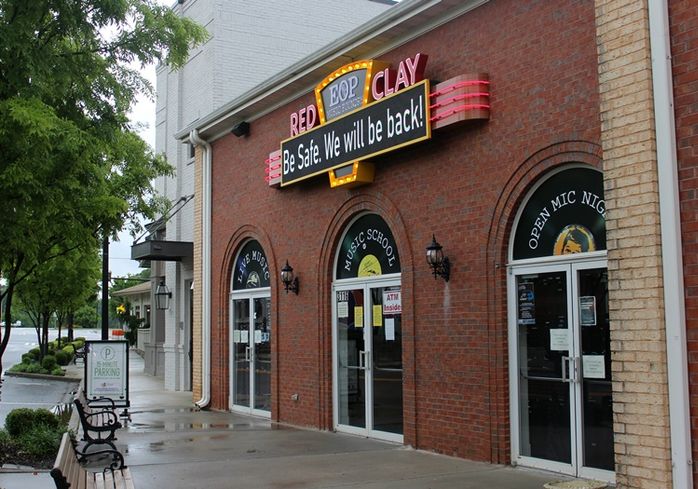 Bisnow
Red Clay Theater in Downtown Duluth, Ga., is among the retailers that remain shuttered.

Zelaya said his Atlanta Bad Axe Throwing location is a “canary in a coal mine” to see how things may return for the chain once other locations open. This weekend, it plans to reopen in Oklahoma City and soon after, it plans to restart locations in Texas.

His landlords have put little pressure on him to open before he is ready, let alone permitted by state law. Zelaya said he has been given rent concessions on many of his locations.

“Our [Atlanta] landlord is an extremely phenomenal person. From the very beginning when it all went down, essentially his words were, 'I feel for you man, we'll figure it out. Just be safe,'” he said of Gartland Long, who owns Bad Axe's location at 1257 Marietta Blvd. NW. “He's been arguably the easiest landlord we have to work with.”

But when Zelaya can, he is trying to reopen locations in hopes of just making some money again. Not only did Bad Axe lose revenue from walk-in customers, but it had to refund money from groups that booked events ahead of time.

“When someone on staff gets laid off, they get unemployment insurance and they get relief from the government. When a small business is forced to shut down, we get offered loans. We don't get the relief,” Zelaya said. “It's not like we're vicious, money-hungry large corporations. We have families to feed, too.”