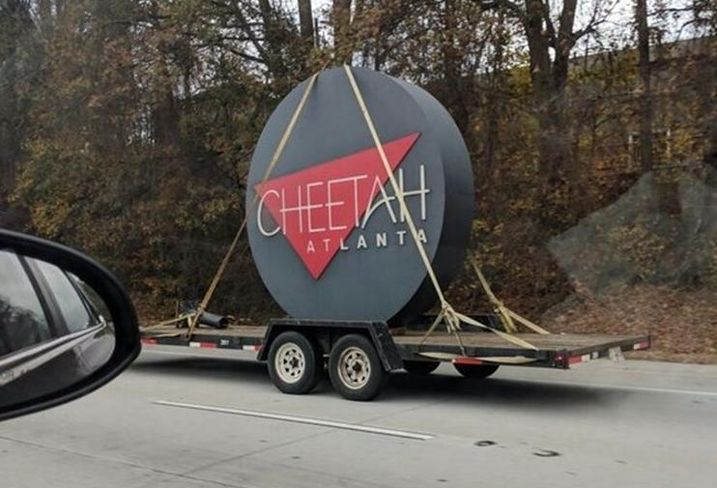 Courtesy of Reddit user gopa824
The famous Cheetah sign being removed from the building in Midtown Atlanta.

Owners of the famous Atlanta strip club removed the large marquee atop its roof earlier this week. An attorney for club owner William Hagood told Bisnow the sign was removed at the behest of its Fortune 500 corporate neighbors.

“The Cheetah and NCR did reach a business agreement regarding the Cheetah sign,” Shulten Ward Turner & Weiss partner Kevin Ward said by email. Ward declined to comment further on the agreement.

It has not been disclosed what prompted the sign removal, if any money was exchanged or why NCR wanted it removed. But earlier this year, the payment systems giant opened a gleaming new headquarters facility — developed by Cousins Properties — just across Spring Street from The Cheetah.

NCR's 750K SF headquarters at the corner of Eighth and Spring streets is now home to 5,000 employees. Cousins still owns the facility with NCR locked into a long-term lease. 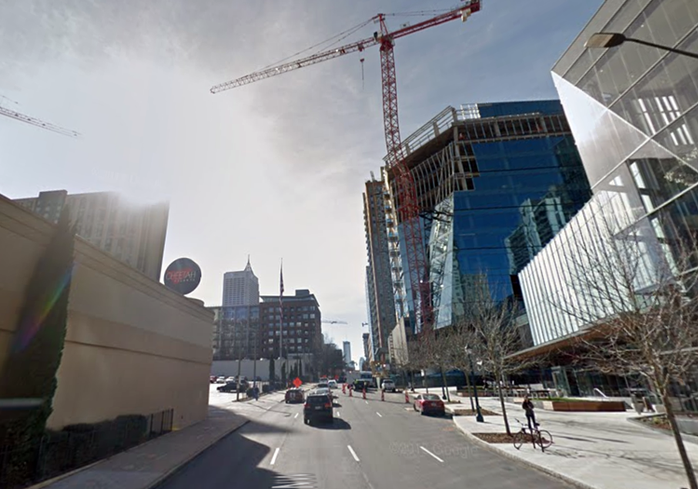 The move sparked a flurry of speculation on the online discussion site Reddit that perhaps the owners of the Cheetah were finally closing the location down. But Ward shut those rumors down.

“The Cheetah has no plans to shutter its doors.  As you know, developers have coveted the location for many years. Periodic rumors of impending sales or closures seem to pop up from time to time,” he stated.

The Cheetah sits on land in one of the hottest — if not the hottest — development markets in all of Atlanta. Its location off Spring Street in the heart of Midtown is particularly desirable for developers, with the value of the land alone speculated to be at least $30M, The Atlanta-Journal Constitution reported last year.

The Cheetah also has been dogged by lawsuits for years by former employees. One group of former dancers accused the owners of running a racketeering ring in which some dancers were forced to perform sexual acts in the VIP rooms with high-rollers, and in some cases were drugged, assaulted and raped. The dancers said they worked “in an atmosphere where they said Cheetah customers were led to believe they could expect sexual favors from dancers if they were willing to pay for it,” the AJC previously reported.