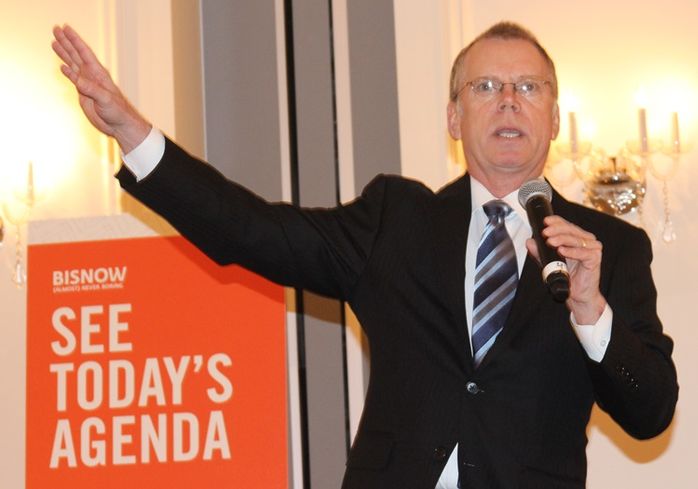 As the Buckhead Coalition installs a new president, it also promises to usher in a new era of closer cooperation with three other civic organizations aiming to transform the affluent neighborhood.

But the coronavirus pandemic could slash the amount of money coming in to at least one of those groups: the Buckhead Community Improvement District. The Buckhead CID is planning a host of future projects, including the ambitious dream of building a park over Georgia 400, incoming Coalition President Jim Durrett told Bisnow.

Durrett, who also is the executive director of the Buckhead CID, said funding is in place for the litany of projects already on the books, including $3M toward the ongoing construction of the Path400 pedestrian trail that eventually will connect to the Atlanta BeltLine, and the creation of a roundabout on Wieuca Road, which is scheduled to begin construction at the end of 2021.

“The question is going to be several years down the road: What are the longer-term effects on property values from this current economic downturn?” Durrett said. “Then we're going to have to think carefully about what future projects we will add to our repertoire.”

Durrett was elected this week to succeed longtime Buckhead Coalition leader and former Atlanta Mayor Sam Massell, who retired earlier this year. Durrett's election also comes with sweeping change as the CID and the Coalition combine staff and office space at their headquarters at Tower Place 100.

At the same time, Livable Buckhead — a transit-focused organization spearheading Path400 and other transit alternatives in Buckhead — and the Buckhead Business Association have agreed to work more closely with the newly combined Buckhead Coalition and CID, including sharing office space.

Durrett told Bisnow that all four organizations are in talks to occupy a shared office at Tower Walk, above the AMC Dine-In Buckhead 6 movie theater, by next year. 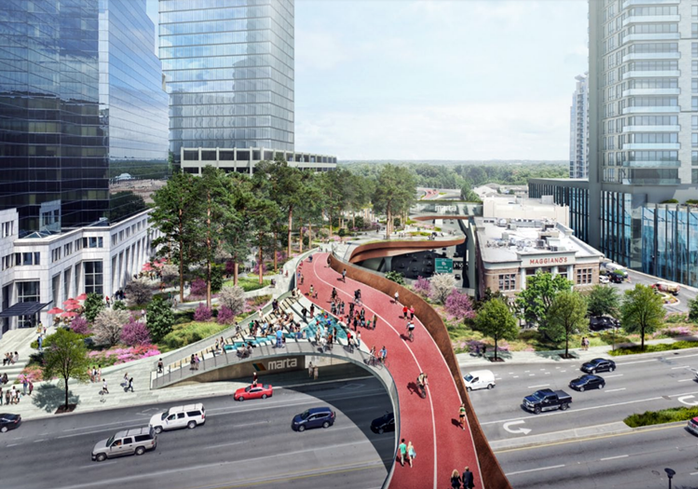 Buckhead Community Improvement District
Rendering for the proposed Park Over 400 greenway that would rise over Georgia 400 in Buckhead.

“The decision to bring these organizations together in a more collaborative and cooperative way was not driven by any particular project,” Durrett said. “But we're going to learn from each other as we develop our relationship.”

Community improvement districts collect an additional tax on commercial properties within their borders, which is pooled to fund projects such as intersection improvements, sidewalks, beautification and bigger infrastructure projects, such as new express lanes or bridges. There are 27 active CIDs in Metro Atlanta, including the Chamblee-Doraville Community Improvement District, which formed last year.

While the Buckhead CID has been conservative on estimated tax collections among its members in the past, Durrett said the economic free fall caused by the pandemic makes the future of those revenues uncertain. 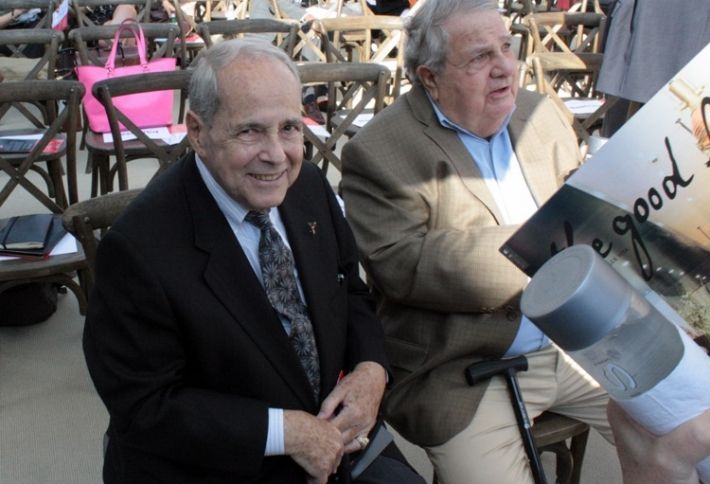 All four organizations are vowing to marshal their resources to coordinate marketing, advocacy, project planning and economic development efforts, officials said in a release. Livable Buckhead Chairman Bob Stoner and the president of the Buckhead Business Association will become board members of Buckhead Coalition.

“The biggest shift moving forward is that [Livable Buckhead] will be leading the communications on behalf of all the organizations,” Livable Buckhead Executive Director Denise Starling told the Atlanta Business Chronicle this week. “You need to have, on a lot of topics, a unified voice for the community, and we haven’t always had that.”

Durrett said he hopes to better educate the other boards on the CID's most ambitious planned project, HUB404: A 9-acre, half-mile green space and community gathering hub that would link the Path400 pedestrian way and both MARTA Buckhead stations, built atop Georgia 400. Such a project will not come cheap, with an estimated price tag of $250M.

“I fully expect the HUB404 project, for instance, will be better understood for what is being attempted and what is being accomplished,” he said. “There was never an opportunity to explain this project.”

CORRECTION, JUNE 25, 2020 AT 5:35 P.M. E.T.: Livable Buckhead Chairman Bob Stoner will be added as an ex officio member of the Buckhead Coalition Board of Directors. A previous version of the story misidentified who would be installed on the board. The story has been updated.

CORRECTION, JUNE 26, 2020 AT 1:05 P.M. E.T.: The headline on this story has been changed from the original headline of “Buckhead Business Groups Could Consolidate As Revenues Appear Imperiled." That headline was deemed to be potentially misleading and was updated to remove any implication that any decision from the groups to work together was related to revenue challenges.