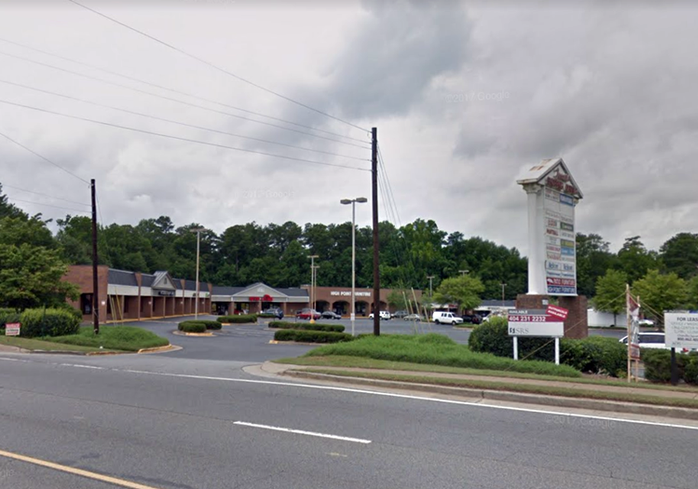 Google Maps
Roswell Exchange Shopping Center, which is expected to be razed to make way for a mixed-use project

Pollack Shores Real Estate Group is planning to raze the Roswell Exchange Shopping Center at 11060 Alpharetta Highway, which sits at the intersection of Sun Valley Drive and near the busy intersection of Holcomb Bridge Road.

In turn, the developer — in a joint venture with Fuqua Development — plans to develop a mixed-use project called Sun Valley that will include 300 apartments marketed toward upper-end renters. Fuqua will develop 115K SF of retail in the project as well, the Atlanta Business Chronicle reported.

This is the latest Pollack Shores suburban development in Metro Atlanta. The firm has been shopping for sites in what it considers fast-growing suburban markets with strong schools and major employers nearby. It recently delivered Home at The Battery, an 81-unit luxury apartment complex right next to the Atlanta Braves stadium at SunTrust Park. Pollack Shores also recently acquired Discovery at River Bend, a 256-unit complex in the city of Duluth that will be refurbished to attract families.

“Roswell continues to trend positively thanks to a strong and diverse local economy, checking all of the boxes we look for when evaluating suburban opportunities,” Pollack Shores Director of Development Brian Oates said in a release.

Pollack Shores is among the cadre of developers forging new projects in the suburbs at a time when some 9,000 new units are underway in the central part of Atlanta. There is good reason, too: rental rate growth has been stronger in recent months in the suburbs.

That has developers, including Novare Group, which is co-developing a mixed-use community in the downtown Lawrenceville area in suburban Gwinnett County, eyeing more projects in the suburbs.

“When [Novare Group CEO] Jim Borders is coming to Lawrenceville to build ... you know that something is going on,” Brand Properties CEO Brand Morgan recently told a Bisnow audience. "He's the high-rise king."