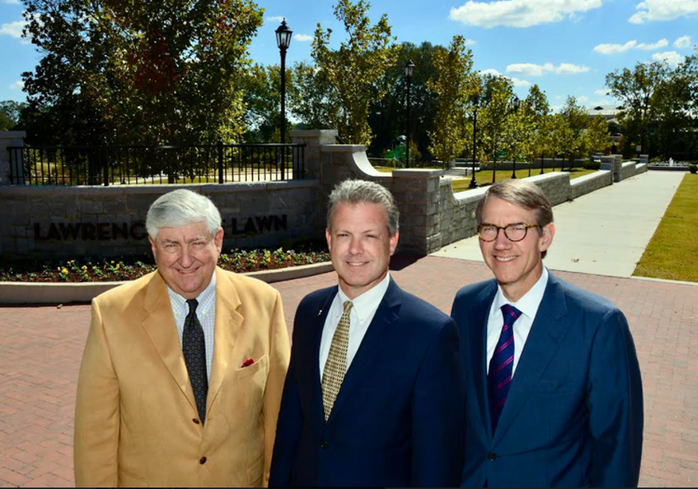 An Atlanta developer known for urban apartment skyscrapers is heading to Atlanta's suburbs for his next project.

Atlanta-based Novare Group is part of a development team — including George Berkow Inc. — tapped by the City of Lawrenceville to redevelop its downtown district into a $200M mixed-use project. Novare is set to develop two mid-rise, market-rate apartment projects off the Lawrenceville Lawn, where the city hosts outdoor events and activities.

The dual apartment projects will hold more than 600 units, and one will be marketed toward seniors, Lawrenceville City Manager Chuck Warbington said.

The planned development is in front of officials with the Georgia Department of Community Affairs as a development of regional impact. Assuming the project gets a green light, Warbington said construction should begin next spring.

This is part of Lawrenceville's plan to redevelop its downtown area into a residential-focused, mixed-use campus on more than 40 acres. Already the city struck a deal with Richport Properties to develop City View, a $20M mixed-use project off Oak Street that will include office, single-family cottages and townhouses.

But for Novare, best known for urban apartment towers and condominiums, including its many SkyHouse-branded apartment towers in Atlanta, Denver, Orlando, Raleigh and Dallas, a suburban project is an unusual move. Last year, Novare also completed Atlantic House, a 32-story, 407-unit apartment tower at 14th and West Peachtree streets in Midtown.

"Our corporate vision at Novare Group is 'to create great urban experiences,"' Novare CEO Jim Borders wrote in an email. "While we have traditionally done this in inner core neighborhoods around the U.S, this vision is being realized in towns across America as well, and we are excited about serving a broader audience in our new push toward suburban town centers while continuing to pursue towers in the city."