As LGBT Baby Boomers Retire, They Are Finding Few Senior Housing Options Dedicated To Them

Three years ago, SAGE decided it was time to jump into the housing game.

But Kent said the two developments are not nearly enough to fill the void in the senior housing market — not with the number of seniors in the LGBT community estimated to hit 7 million by 2035.

“Based on the demographics ... the need is huge,” Kelly Kent, SAGE's director of national housing initiative, said. 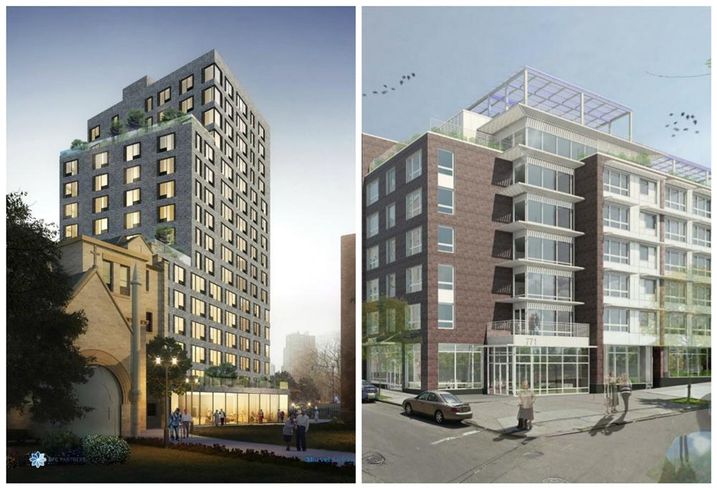 At a time when the baby boomer population is transitioning into retirement in record numbers, and the supply of senior housing is growing in the U.S., there are but a few senior living communities marketed exclusively to the LGBT community.

With an estimated 2.85 million senior housing and nursing care units in the U.S., LGBT-focused senior housing represents a bare fraction of the total supply, according to data tracked by SAGE.

In fact, there are only 550 affordable housing units across the country geared toward the LGBT community, and when it comes to market-rate housing, there are fewer than a dozen properties specifically marketed to them as well, Kent said.

Kent said even though only Ingersoll has actually broken ground, and Crotona is still in the planning stages, the interest among the LGBT community is high.

“We have over 4,000 people that indicated interest in New York alone,” he said. 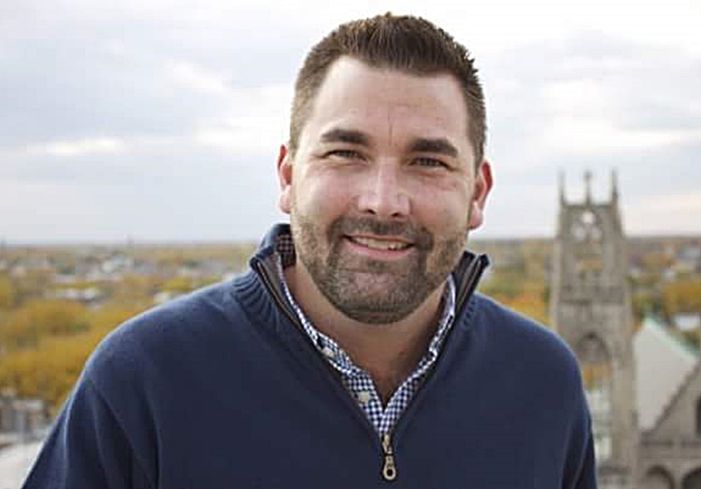 The supply of LGBT-focused senior housing — both affordable and market-rate — is growing as other developers embark on projects geared toward the demographic.

According to a 2017 Caring.com article, there were several LGBT senior living projects underway across the country, including in cities like San Diego and Washington, D.C. SAGE also is tracking another 10 locations in the U.S. where developers are planning other affordable LGBT projects.

This is a positive development for LGBT seniors, Caring.com Vice President Tim Sullivan stated in an email to Bisnow.

"In many ways it feels like early days for LGBT in senior housing, especially compared to other areas of society, but we see a growing number of signs of increased awareness and view it as a very good thing,” Sullivan said. “People are happier in communities that speak to their identity and make them feel welcome as they are. The more the senior housing world can create this kind of happiness, the more it will thrive." 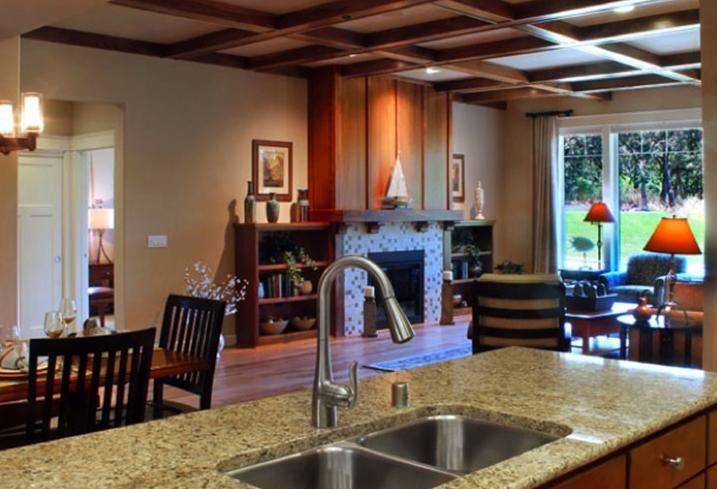 The project, which was one of the country's first LGBT-focused independent senior communities that boasts a full spectrum memory care unit, opened two years ago.

The 10-acre campus included more than 60 rental apartments and six bungalows with high-end finishes and amenities such as indoor and outdoor dining rooms, a wine bar, a fitness center and a pool, according to Builder magazine.

The Northern California community around Fountaingrove Lodge already had a big LGBT population, so in many ways, the demand for some form of luxury senior care facility existed before the Lodge ever broke ground.

There are a plethora of reasons advocates say LGBT seniors want to live in senior housing projects dedicated to them. For many LGBT residents, there is a well-documented history of discrimination in senior housing.

In a 2014 study by the Equal Rights Center, the organization found that 48% of LGBT-identified seniors "experienced unfavorable differential treatment in terms of availability of housing, pricing, financial incentives, amenities or application requirements."

That study was the impetus for SAGE's decision to jump into housing in 2014, Kent said. Many aging LGBT have few children or family to rely upon and higher instances of lower incomes going into retirement, he said. LGBT seniors also deal with health disparities, including higher instances of chronic illnesses such as high blood pressure, high cholesterol, arthritis, cardiovascular disease and diabetes, according to the National Council on Aging. LBGT seniors also deal with mental health issues such as depression, loneliness and thoughts of suicide.

Those are issues traditional senior housing and nursing homes may not be equipped to address, Kent said.

“What we're seeing is really just a growing issue because our LGBT older adult populations, especially those baby boomer and the Greatest Generation, really have suffered large amounts of discrimination historically,” Kent said. “The amount of LGBT cultural competence on the part of mainstream housing providers … is limited.”

Oftentimes, housing operators just have a lack of understanding of the needs of LGBT seniors, Kent said. And so, for many LGBT seniors, housing focused on them is attractive — almost like an extended family.

“So they're really looking to their families of choice, and that is there friends in the community,” he said.

LGBT Communities Are Not For Everyone 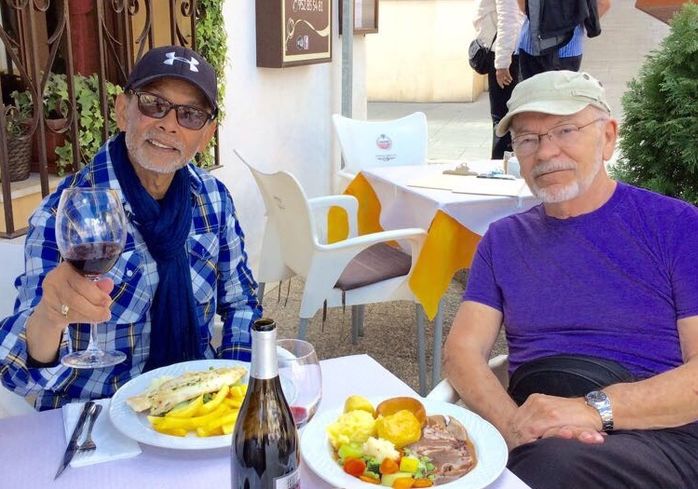 Living in a residence surrounded by those in their community is not a necessity for Atlanta residents Anthony Rauh and his husband, Al Grennell. The two have been together for 40 years and married only a handful of years.

“In our time, we were very aware of the fact that we don't expose our preference to anybody. We kept it on the sly. But during my time, I see the changes and it's amazing. The kids now in school are accepting of the gays,” Rauh said.

Still, Rauh said the couple, both 73, are part of a time when it was better to hide and downplay their orientation. This has influenced where they have always decided to live.

Rauh and Grennell are moving to a place to spend their twilight years together. But not a retirement community. Rauh said the couple have friends who moved into senior living communities and would complain about other retirees in the space.

Instead Rauh and Grennell are moving more than 4,000 miles away from their suburban Atlanta home – a villa near the coast of Costa del Sol, Spain.

“We don't look around for gay communities because we don't want to be branded. We are living amongst total strangers, so we don't know what we're getting into,” Rauh said. “We want an area where we think we are safe.” 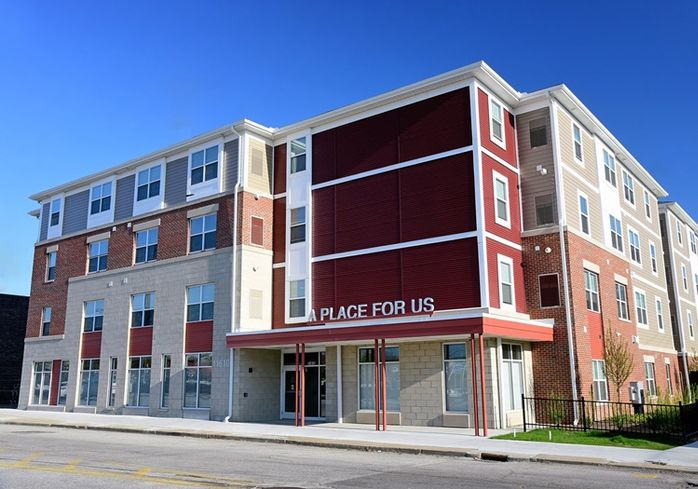 Courtesy: NPR Group
A Place For Us, an LGBT-friendly senior housing community in Cleveland

Housing developer NPR Group saw the need for an LGBT-focused community in Cleveland and helped an LGBT neighborhood activist realize the first such project, called A Place For Us.

NPR Senior Vice President of Development Aaron Pechota said the goal of A Place For Us is to give seniors a place with services, support and activities that appeal to the LGBT community. The 55-unit home comes fit with a fitness center, a health and wellness suite and a lush garden terrace.

Pechota said the community is inclusive and not strictly marketed and set aside for LGBT residents. Part of the reason for that is financial necessity: If developers limit their potential customer base, it could make financing difficult.

“We're saying, 'Hey, we're an inclusive community,'" Pechota said. He estimated 30% of the residents at A Place For Us are part of the LGBT community.

“The more you slice and dice your population ... the harder it becomes to finance.”

While Oakmont only has the one project, Mabry said all its communities are open to the LGBT community. He said changing attitudes toward LGBT is also helping senior housing: as more people are accepting, LGBT seniors will be comfortable in more places.

“As everyone becomes more aware and more understanding, a lot of the old problems are going by the wayside,” he said.