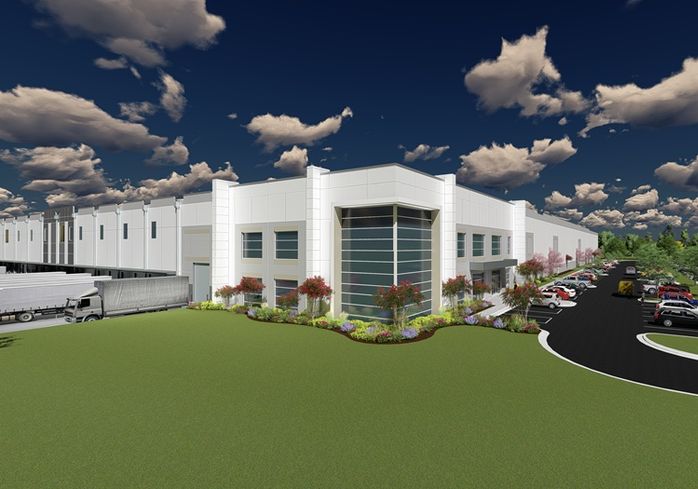 PNK Group, a Russian industrial development firm, is launching Southern Gateway at Lambert Farms with a 1.1M SF project that has yet to sign a tenant. The project will be part of a larger planned 3M SF industrial park in McDonough, officials said in an email.

PNK tapped Cushman & Wakefield to lease the project, but it is not waiting before getting started on construction.

Ceiling heights have evolved in recent years in the industrial market, with average heights increasing over time as tenants look to store more product in a single facility. Distribution centers with higher-than-average ceiling heights tend to be more attractive to e-commerce logistics providers and retailers using the locations to deliver goods bought online.

The South Atlanta submarket where McDonough sits also has been a nexus of leasing activity over the past year. According to Colliers International, the area makes up 60% of all the absorption in the metro region so far this year, with big names like Duracell, Tory Burch and Kuehne + Nagel comprising the deals.

Most recently, Chocolatier Lindt & Sprüngli inked a deal for 1M SF at Lambert Farms Logistics Park with Panattoni. The activity is spurring a number of developers to pursue new projects in Atlanta, one of the hottest industrial markets in the country.

In the past few weeks alone, a number of developers have filed plans for new distribution center projects in Atlanta, including Panattoni Development Co., which is eyeing a 1M SF warehouse on more than 40 acres, Trammell Crow, which is planning a more than 1.5M SF facility at Jefferson Commerce Center, both in Jackson County. IDI Gazeley is eyeing a four-building, 1.2M SF campus near Lake Lanier, according to filings with the Georgia Department of Community Development.