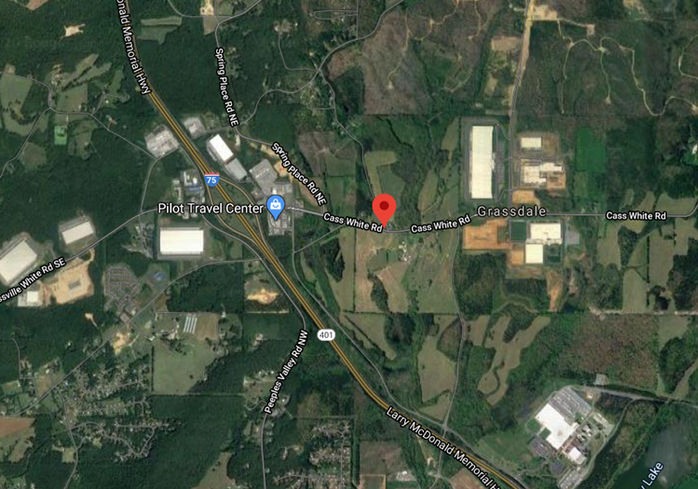 Google Maps
The interchange of Interstate 75 and Cass White Road in Bartow County, near where Hines plans to make its industrial development debut.

Hines purchased 97 acres in Bartow County, at the intersection of Interstate 75 and Cass White Road, for its first-ever industrial project in Metro Atlanta, to be called Busch Logistics Park. The project is expected to involve two distribution centers totaling 737K SF. Both buildings are set to break ground without tenants signed before construction starts, company officials said in a release.

The Bartow County area is already a major manufacturing and logistics hub in the state, with companies like carpetmaker Shaw Industries Group, Toyo Tire, Anheuser-Busch/InBev and Kennesaw Transportation among the area's largest employers.

“Many nationally recognized e-commerce and logistics firms are choosing Northwest Atlanta due to its proximity to the new Inland Port, a plentiful labor pool and its business-friendly environment,” Hines Senior Director Ryan Wood said in a release.