When Solis Hotels & Resorts built its newest luxury hotel in Atlanta, it was always going to feature Porsches, from historic pictures in the lobby and rooms to actual sports cars dotting the property. Even the building's address reflects the luxury car company: Two Porsche Drive. 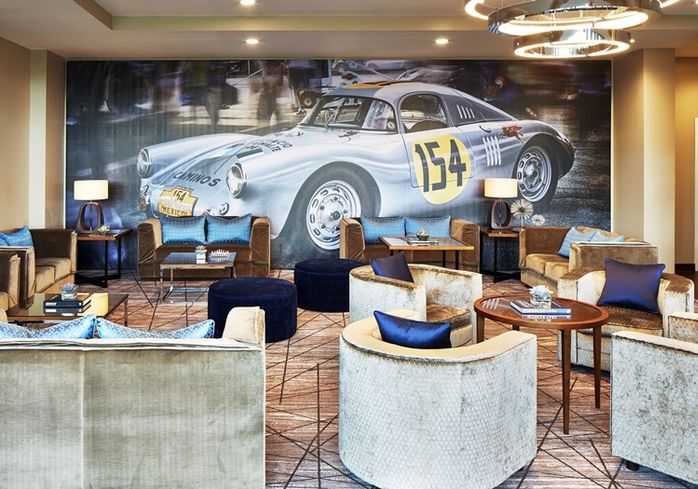 Courtesy: Castleton-Condra
The lobby of the new Solis Hotels & Resorts Atlanta hotel at the headquarters for Porsche North America

That might have been expected for a luxury hotel directly connected to Porsche's North American headquarters, which includes a test track where customers can take Porsches for a spin. Castleton-Condra developed the hotel for the global flag, which just opened in November.

“Porsche had obviously invested $140M there at the site and now had 45,000 visitors to the experience center alone as well as their normal business,” Castleton-Condra co-founder Scott Condra said. "So we knew that would generate a certain level of a unique customer."

Solis in Atlanta is among a newer breed of hotels marketing itself to a deliberately niche audience, from health-conscious consumers and millennials with money to burn to even fans of specific musicians.

The hotel market nationally is on a hot streak as the U.S. economy flourishes, and new hotel development continues to boom. Hotel chains are building new brands, but many of those new flags are luring ever more narrow demographics and audiences in efforts rise above the competition, especially as the traveling public strays toward the millennials and younger generations.

“It's about staying power. It's about the shifting psycho-graphics and the demographics,” Atlanta-based HVMG Chief Development Officer Mary Beth Cutshall said. “It's a war all about who is going to get the future traveler.”

Cutshall will be among the panelists at Bisnow's Atlanta's Thriving Hospitality Market event July 24 at the InterContinental Buckhead Atlanta. 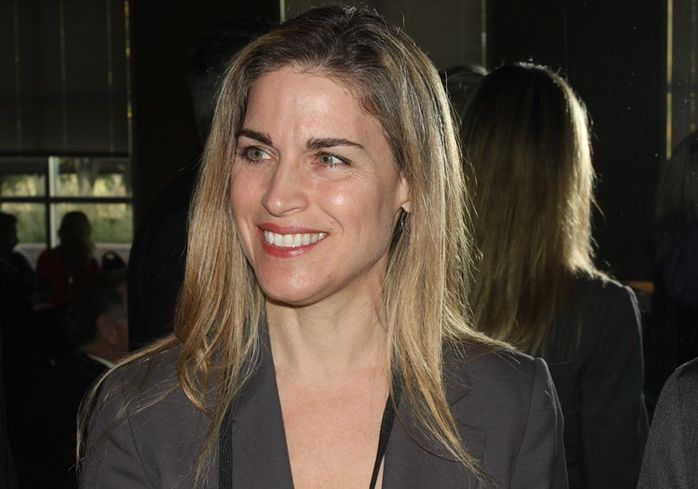 Hotels geared to particular audiences are not necessarily new. Even in the heyday of mainstream brands Marriott, Hilton and Hyatt, there were extended-stay hotels, limited service hotels for the budget traveler, major convention center hotels and resort hotels bordering sandy beaches or attached to theme parks.

But since emerging from the Great Recession, hotel brands have sliced the hospitality pie even further with boutique and niche brands. There are hotels tied to celebrity, like the Margaritaville chain that includes resort hotels based on the music of pop singer Jimmy Buffett, or hotels based on an upscale furniture brand, such as the West Elm Hotels chain.

Atlanta-based InterContinental Hotels Group also has been actively launching new brands aimed at niche audiences, including EVEN Hotel, a wellness and health-conscious hotel brand launched in 2012.

“The brand has intentionally designed every aspect of the hotel experience, in every square foot across all properties, with an emphasis on four components: eating well, resting easy, keeping active and accomplishing more,” IHG officials write in describing EVEN.

Just this past month, IHG announced a new upscale hotel brand called Voco, which will be rolled out by converting hyperlocal luxury hotels across the globe under the IHG management umbrella. Its initial launch is set for Australia, but IHG plans to open more than 200 Voco hotels over the next decade in Europe, the Middle East, Africa and eventually the Americas and China.

“Guests will be able to enjoy the appeal of a more individual hotel, alongside the reassurance of a name above the door that they trust. The versatility of the brand means a Voco hotel can retain and celebrate all the elements that make that existing hotel successful,” IHG CEO Keith Barr said in a release.

Much of this trend is a direct response to the hotel guests themselves, Mathias Lundoe Nielsen said, especially younger travelers who want unique experiences. Nielsen founded Nustay, an online booking site that allows travelers to choose hotels based on specific themes, such as party hotels, romantic getaways or business destinations.

“By narrowing the target audience, it becomes easier for the hotel to reach its over-communicated target audience,” Nielsen said. “Also, cheaper and cheaper airfares resulting in over-tourism demands the hoteliers to be more and more creative in attracting guests.”

There are “glamping” hotels, which give an outdoor experience but with the amenities of a full-service hotel, such as Sal Salis Ningaloo Reef in Australia. There, guests stay in tents on the beach, but still get excellent beds and gourmet food, Nielsen said.

Sustainable tourism is also rising in popularity, with hotels achieving LEED Platinum in ways that do not affect a guest's experience.

“Sustainable travel is no longer just for the hippies,” he said.

Peachtree Hotel Group also is striving to develop more local-centric hotels under a boutique brand, such as The Tapestry Collection and The Curio Collection, both by Hilton, Senior Vice President Brian Waldman said.

“We are big believers in ... soft branding and the power that brand gives you in terms of reservation,” Waldman said, adding that these boutique hotel flags also give guests the chance to accrue points with national hotel brands. “It you don't have the strong brand behind you, you really are spending ... more marketing dollars."

Despite its proximity to the Porsche headquarters and its thematic branding, most of Solis' guests are not there for the sports car, Condra said. Sure, there are many high net worth individuals who stay at the hotel to try out a new car, but they are a “fraction of the total room nights,” he said.

Instead, travelers who need to be close to Hartsfield-Jackson Atlanta International Airport — especially the international terminal — dominate the guest list.

“What I can say is it's been a lot of corporate users so far ... who have groups who find the airport area … very easy to get in and out of. That was a big part of the plan and that has proven to be true so far,” Condra said.

But even in an age of niche hotel brands, don't discount mainstream hotels.

“You still need the commercial hotels with the big brands, mostly for the meeting business and for the commercial traveler,” Hamilton said. “There are a lot of travelers that are very happy knowing that, when they check into a Marriott, they know what they're going to get. They're not looking for any new experiences.”