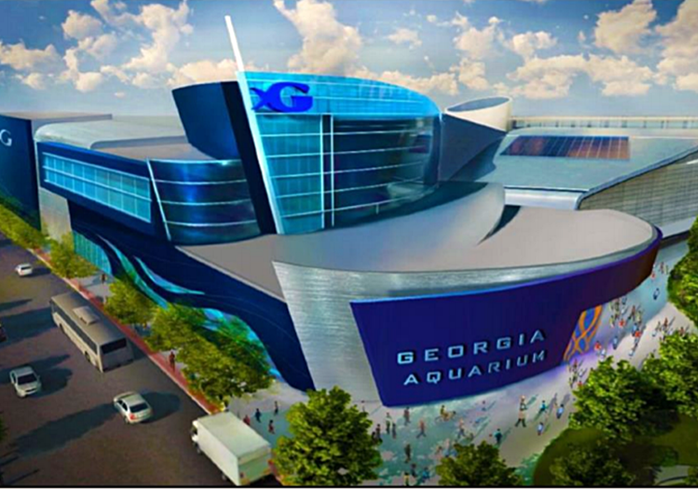 What do sharks and trains have in common? Economic incentives from the city of Atlanta.

Norfolk Southern and the Georgia Aquarium snagged revenue bonds to help fuel new developments: a new headquarters for the railroad operating giant and a new exhibit for sharks for one of the world's largest aquatic exhibits.

The board of Invest Atlanta, the city's economic development arm for the city, approved the two tax breaks Tuesday. In the case of Norfolk Southern, the board approved $600M in lease revenue bonds to help fund the construction of a $575M Midtown headquarters on the site known as Ponce & 3rd with developer Cousins Properties. The incentive package means Norfolk Southern is able to save nearly $23.6M in property taxes over the course of a decade.

This deal is the culmination of a hard-fought and often contentious battle to approve a massive incentive package for Los Angeles-based CIM Group to redevelop a sprawling Downtown Atlanta asphalt lot known as the Gulch. Norfolk Southern's plans to move its headquarters to Atlanta were intricately tied into the sale of the Gulch property. Norfolk Southern was counting on that deal since it owned portions of the Gulch land.

Last month, CIM was approved for a more than $1B incentive package to turn that property into a mini city with retail, restaurants, offices, hotels and apartments, many of which will be set aside as affordable.

Georgia Aquarium received $40M in bond financing to help develop its $110M “predator exhibit,” which will add a 68K SF space to house sharks. The project is expected to add 22 full-time employees and generate an additional $1.3M in sales tax on top of the $5.5M annual contribution of the aquarium today, according to Invest Atlanta documents.

Unlike Norfolk Southern, these are not revenue bonds, but instead allow the Georgia Aquarium to finance a portion of the construction of the exhibit with low-interest financing. Investors in the bonds avoid having to pay taxes on the interest income in exchange for lower interest rates, Invest Atlanta spokesperson Matt Fogt said.