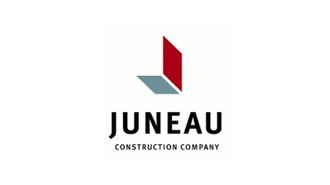 The CRE world has come remarkably far in 20 years, with technology evolving at an exponential pace, revolutionizing business processes and permeating nearly every facet of our daily lives.

As Juneau Construction Co. celebrates its 20th year in business, it took a retrospective look at the significant milestones it has passed, unaided in its early years by smartphones, tablets, and sophisticated digital collaboration tools.

Juneau’s portfolio reveals an emphasis on higher education, student housing multifamily and mixed-use. It has established itself as one of Atlanta’s most capable and prolific builders with its portfolio of work across diverse asset classes.

The company has grown greatly in the past two decades. It opened a Miami office five years ago, and its upward trajectory shows no signs of tapering as it posted its highest revenue on record this year.

Reflecting on significant achievements can be an effective way to quantify progress, simultaneously honoring the past and motivating the team for the future. Click here to watch 20 Years by the Numbers, highlighting Juneau’s last 20 years in business.

18. 13 iPhones dropped to the bottom of the Bay at St. George Island during annual fishing trip

Courtesy: Juneau Construction Co.
USC Campus Village in South Carolina will be Juneau’s largest student housing project to date with over 3,000 beds and a projected start date of early 2018

The Juneau team is not resting on its laurels, and treats this list as a living, growing testament to its progress. The next iteration will feature some of Juneau’s recently awarded projects: a mixed-use student housing program at USC in Columbia, South Carolina, the Executive Park Apartments in Brookhaven, Georgia, and a new, on-campus student housing development in Fort Lauderdale, Florida.

Juneau Construction
Juneau Construction Company is headquartered in Atlanta with an office in Miami. We are one of the most respected general contractors and at-risk management firms in the Southeast. Since our founding in 1997, we have built a reputation of working with clients and employees like we are members of the same family and part of the same team. Together with our clients and partners, Juneau has mastered challenges of all shapes and sizes, always doing the right thing for our clients.
Confirmed! You are subscribed to the Bisnow Atlanta E-Newsletter.
Most Read Stories
More Top Stories
Bisnow Atlanta Newsletter
Bisnow Atlanta Newsletter