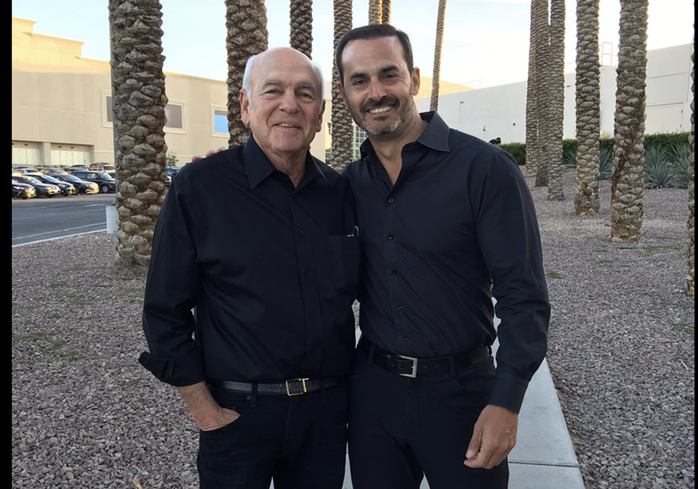 "I've lost my son, my confidant, and a piece of my heart. In our business, Scott was a visionary. He could see things in the future. His leadership is irreplaceable," Selig Enterprises Chairman and CEO Steve Selig said in an email to Bisnow.

President of the Selig Enterprises family dynasty, Scott, 47, was diagnosed with Stage 4 lung cancer last year that spread to his liver and brain. The family began a popular social media campaign on Facebook called #ScottStrong, with Selig and family members sharing updates on his treatment and condition. The announcement of his death was revealed by a family member on Facebook.

“The family would like all of you to know that Scott Selig passed away peacefully in his sleep around 4 a.m. with his family surrounding him,” family member Amy Epstein Selig wrote.

With the family company for more than 17 years, Selig last year spearheaded the creation of its Selig Development division to grow the 100-year-old company's portfolio and begin to develop many of the parcels it owns.

Selig also was an active community leader, serving on the board of the Atlanta Commercial Board of Realtors, the Midtown Alliance, the Buckhead Community Improvement District, the Council For Quality Growth, the Buckhead Coalition, The Ron Clark Academy and the Jewish Federation of Greater Atlanta.

Earlier this year, the Atlanta Business Chronicle named Selig one of 2017's most admired CEOs. In a question-and-answer article, Selig spoke about his fight against cancer.

“Although there are good days and bad days no matter which I have kept positive and never shown weakness and kept my life as normal as I can. Every day you will find me at my desk in the office and still attending the many boards I have committed to,” he said. “As I like to say, I might die with cancer, but I will not die from it.”