Appeals Court Ruling Could Have Major Impact On Construction Warranties

There are many property owners, commercial and residential, who sleep better at night knowing they have a 20-year guaranteed warranty on their new roof.

But a recent Georgia Court of Appeals ruling in a case involving a leaky chemical tank 250 miles south of Atlanta could give some members of the real estate industry nightmares. The three-judge panel found that all warranties longer than eight years — even ones already on the books — are no longer legally enforceable, according to multiple attorneys Bisnow consulted.

“Owners of commercial real estate need to be very concerned about this ruling because it cuts off their warranties on their structures at eight years as a matter of law," said AGG partner Jeffrey Lewis, an attorney who worked on the case. "And it denies them their fundamental right of contract." 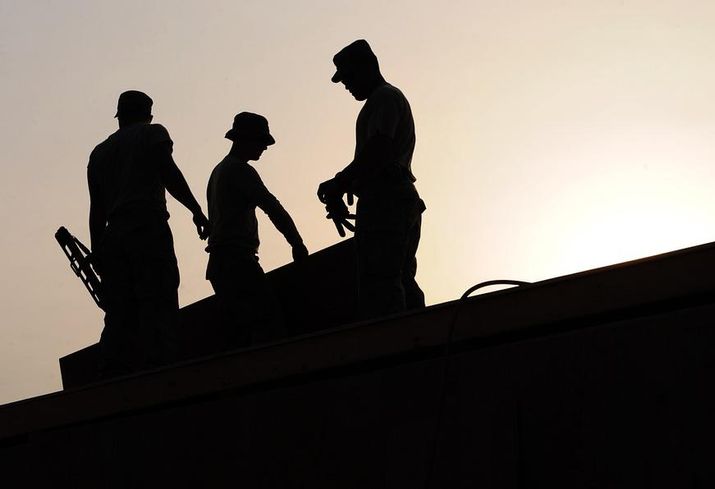 Lewis plans to appeal the case to the Georgia Supreme Court. But, he said, unless and until it decides to take the case, he believes that the appeals court's decision effectively voids all warranties that have been in place for longer than eight years.

The impact of the decision has potentially huge ramifications, not only for commercial landlords and developers, but homeowners, schools and other parties that rely on warranties and can't afford to pay for major construction repairs out of their own pocket.

“Reputable contractors won't like this decision," said Mike Dunham, the CEO of the Georgia chapter of the Association of General Contractors. "They like to sell warranties longer than eight years, and this ruling says they can't do this."

How A Chemical Spilled Into CRE

The ruling stems from a 2011 dispute between Southern States Chemical and a contractor and subcontractor hired to retrofit an old chemical storage tank to hold sulfuric acid. After the work was done in 2002, Southern States maintained that the contractor promised them a 40-plus-year guarantee on the work.

The tank was retrofitted with new steel-plate floors that sandwiched a layer of sand and a system of magnesium wires that would prevent rust from forming on the underside of the new steel floor, which could cause a leak.

It didn't work. In 2011, workers discovered the tank had ruptured, and Southern States Chemical spent more than $4M to repair and remediate the damage at its Savannah site.

The judges took the ruling a step further and applied what is known as a Statute of Repose, which limits the time a contractor can be sued for negligent work, and applied it to all warranties on real estate workmanship, Lewis said.

The appellate court, in siding with Tampa Tank, actually broadened its interpretation in Georgia to dictate that any contractual warranties on work that improved real estate could not be enforced after eight years, Lewis said.

Lewis said he plans to file an appeal on Dec. 30. He also told Bisnow he is hoping that state legislators will take up the cause and pass a law that would effectively overturn the appeals court's decision.

Other attorneys consulted by Bisnow say Lewis' claims on this decision aren't exaggerations.

“Broad strokes, I think he is right. It is possible that this opinion has far-reaching effects,” said Troutman Sanders real estate litigation associate Matt Bailey, who reviewed the ruling but wasn't involved in the case.

“I don't know that the language of the court of the appeals decision left much ambiguity," Bailey said. "If this holding does solidify in subsequent courts, then yes that is what it would mean. You could not assert an action broadly on improvements to a property, regardless of the warranties signed.”

Ripple Effects Could Be Tidal Wave

The issue caught the attention a year ago of the Building Owners and Managers Association, which filed a brief in support of Southern States Chemical's claims.

“BOMA members commonly purchase warranties longer than eight years on construction projects, including roofs, elevators, HVAC, building glass, curtain walls, and nearly all capital equipment. Such warranties typically range between 10 and 30 years,” BOMA wrote in the brief. “Limiting BOMA members to warranties of only eight years would needlessly constrain their ability to contract for long-lasting improvements because those persons making the improvements to the real estate ... would not have the incentive to deliver as high-quality a product as if they were being paid for.

"There is no good public policy reason to restrict the rights of BOMA members to purchase warranties in excess of eight years on their buildings, nor did the legislature express any such interest in the text of the statute of repose.”

While BOMA represents those who own and manage properties, the businesses on the other side of the warranty dispute — contractors and subcontractors — are also concerned about the ruling's implications.

“The construction industry is just as flabbergasted as everybody else is,” the AGC's Dunham said. “We always believed that a 25-year roof bond ... meant you had 25 years of protection. It's going to put a lot of people in a quandary.”

“Roofing is a big one. We rely on [roofing warranties],” Legacy Ventures founder David Marvin said, adding that a roof can be upward of 10% of the total development cost of a project.

For some, the appellate court ruling throws a monkey wrench into real estate contracts in Georgia, and most likely will leave the door open to even more litigation until a more definitive answer is established.

But not everyone believes the appellate court's decision is so hard and fast. For one, the case is only tangentially involved with real estate — a chemical storage tank that leaked. And the court was arguing against the warranty being 40-plus years, given that was expressed in a report drafted after the leak and not an official warranty, Chamberlain Hrdlicka construction litigation attorney Gina Vitiello said.

At the very least, Vitiello said, the case has created the potential for a deluge of lawsuits over warranties in the future. The meat of the dispute comes with a lesser warranty of a year.

“You can couch it any way they want to, but what you're claiming is deficiencies in construction of this thing and that is what is covered by the statute,” she said. “We don't know what the court was going to say because they didn't have a true 45-year warranty in front of them. So we can't say for certain what they would do with something like that.”

The Georgia Supreme Court begins its 2020 session Jan. 14, according to its website. Before the court can hear the case, Tampa Tank's attorneys will have the chance to file a response. The Supreme Court could decline to hear the case or uphold the appellate court's ruling, or reverse it and send it back to Fulton County Superior Court for a jury trial, Lewis said.