What Part of ATL Does Hong Kong Love?

It may be more than 8,000 miles away, but CRE investors in Hong Kong really like Downtown Atlanta. (We've also heard they love Gone with the Wind.) So much so, they've already bought 400k SF of property there. 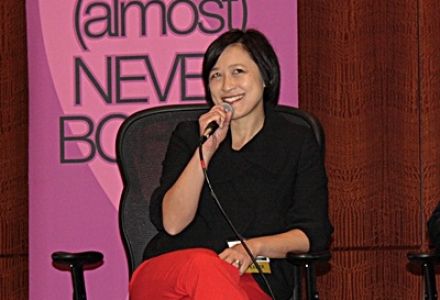 The Creations Group's Cherie Ong (a panelist at our Future of Downtown Atlanta at the Hyatt Regency yesterday) says her firm recently purchased 34 Peachtree St, a 301k SF tower, for more than $11M in a JV with Fairlead Commercial Real Estate. And Cherie told our audience of some 250 CRE pros that her firm is looking for more product in the heart of the CBD. "That's the only properties that we're looking at," she says. (It's good to know what you want, saves on gas.) 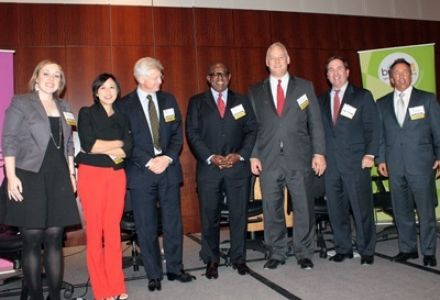 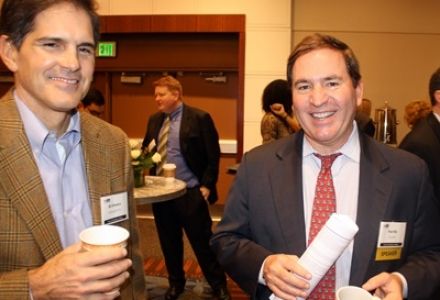 Thad (right, with Vertical AVTV's Bill Shiverick) says an emerging lack of office supply in Atlanta is making ITP properties (insider talk for Inside The Perimeter) an interesting bet. Although he says that lack of supply may be short lived. "Somebody in Atlanta is going to break ground and build a building prematurely." He also says that five years from now, half of Atlanta's workforce will be under 40, and that will have an affect on leasing terms. (It will also affect how many "dive" bars pop up.) "We don't have it figured out. We do think there's going to be pressure on lease term. They're going to be more flexible," he says. 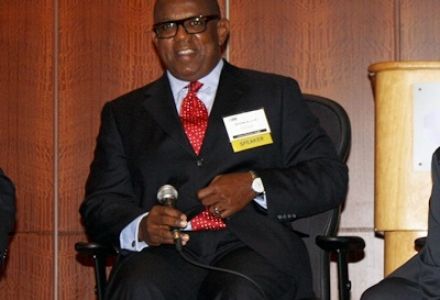 Jerome says developers should strive to create "fringe villages" around the CBD to help revitalize the whole downtown area. He likened fringe areas where redevelopment is taking place and is attracting business and residents, such as West Atlanta, and what he hopes to happen in Castleberry Hill. Jerome also says Underground Atlanta needs a "catalyst developement" to be revitalized. "It just needs to be reprogrammed and redesigned." 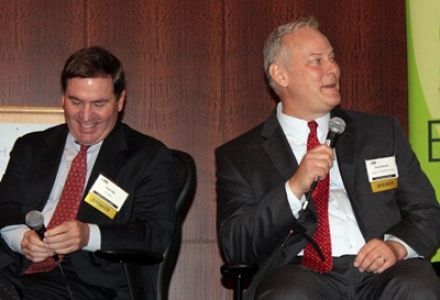 David agreed with that sentiment and told the audience that he hopes Georgia State University would somehow "embrace Underground" as part of its campus. But, David says, former GSU president Carl Patton told him he "wasn't comfortable that that would happen." Still GSU students are "a cure for a lot of what ails Underground," he says. The other idea he supports is to turn the site into a casino. "I admire what Harrah's Casino did for New Orleans. If the State of Georgia could ever back gambling, Underground would be a perfect place." 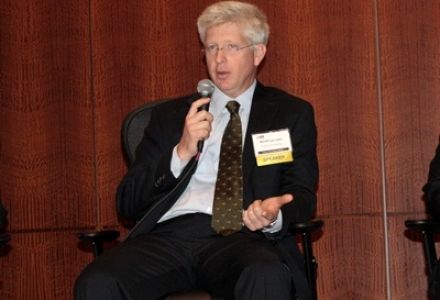 Merritt says another problem with Downtown is perception and capital. Revitalizing properties is a difficult prospect in Downtown, especially for multifamily, because investors want those Holy Grail $2/SF rents being achieved in Buckhead and Midtown. Downtown could achieve those, he says, "but in order to raise the capital, you have to sort of take the lowest common denominator."