In CREW DC’s 40th Year, President Lynn Stith Bennett Looks Back To 1979 And Ahead To The Future 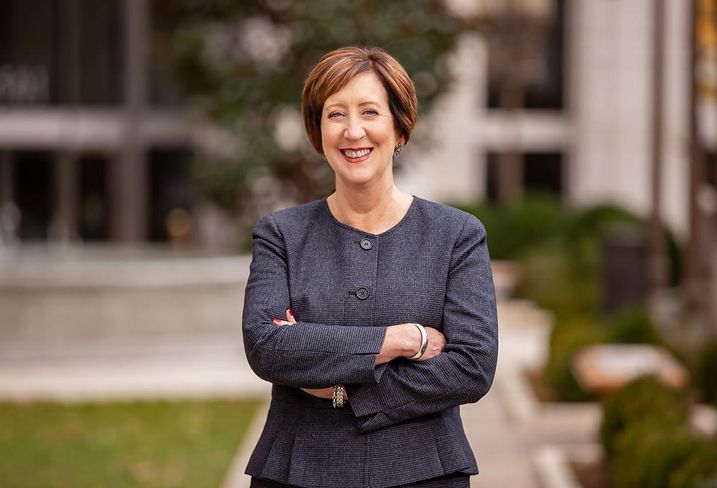 At the start of an exciting 40th anniversary year for the D.C. chapter of Commercial Real Estate Women Network, Bisnow sat down with President Lynn Stith Bennett for a look back at CREW’s origins — and at her own first job in CRE — as well as a look to the future, including an open-to-all event with NPR personalities Diane Rehm and Ari Shapiro on March 5 and an anniversary celebration in October.

Bisnow: CREW DC was one of the earliest established chapters of what is now a national organization. Can you paint us a picture of it 40 years ago, when it first started?

Bennett: When CREW DC began in 1979, it was just a small network of women in commercial real estate who felt alone in their organizations, where most or all of their coworkers and managers were men. As these women started to hear about other women in the industry, they took the initiative to seek each other out and organize lunches.

In 1979, even trying to find other women in this industry was a challenge. There was no Facebook, no LinkedIn. Women at CRE companies would go through the phone books, and call around to other offices where they’d heard there was a woman in a company role. They’d talk to the receptionist, try to track each other down.

Forty years later, it has gone from those lunch gatherings to a global network of 11,000 members in 70 major markets. To think about how far the association has come, the impact it’s had, and the career paths it has opened up for so many women is so inspiring. And to think how far we can go from here is a great motivator.

Bisnow: When did you first get involved in commercial real estate?

Bennett: In 1979, the same year CREW was founded, I got my first job in CRE. Actually, at the job interview, I assumed I would be working for a project manager or a superintendent in an office. But instead, I was on a construction site working as what they called a field clerk back in those days. From there, I transitioned to another company where I worked with a construction superintendent who took the time to send me out into the field to learn what was happening. That got me really excited about construction. Since then, I’ve been in various roles here at Coakley & Williams Construction for 31 years.

Bisnow: How far into your career did you find CREW?

Bennett: I became involved in CREW DC about nine years ago, through an engineer I was working with on a design-build project. She invited me to lunch — it was a CREW event. Up until that point in my career in the construction industry, there just weren’t a lot of women. I hadn’t really built the network CREW has allowed me to build the last few years.

At this lunch, I looked around and thought, “Wow, this is a community of very accomplished and successful women that I didn’t know existed.” CREW has given me plenty of opportunities for professional development and education, but one of its greatest benefits for me has been building this network CREW has allowed me to build.

Bisnow: What’s your role and focus now as president?

Bennett: On the board, we set the goals that align with our mission to transform the industry through the advancement of women and to continue to be a voice for diversity in companies and boardrooms.

One of the core aspects of CREW DC — one of the largest chapters in the network with more than 500 members — is to provide enlightening and evocative programming that brings our members together, and we always welcome new members to the organization.

One thing I feel especially strongly about is empowering our committees and their leaders to think outside the box and come up with creative programming. That is one of the advantages we can offer to our members — leadership development and opportunities. We encourage each other to take leadership roles, get involved, take ownership and collaborate. I love having a role in supporting other members through that process, and being part of an organization where we have each other's backs.

Bisnow: What programming do you have coming up?

Bennett: We’re looking forward to an event on March 5, “Trusted Voices & Regional Perspectives.” We’re really excited to have NPR's Diane Rehm and Ari Shapiro — two of the most trusted voices in Washington — to lead a conversation about the evolution of D.C., and what’s at stake for us as a community and as a city as we grapple with issues like traffic congestion, affordable housing and more.

Also, the planning is underway for our 40th Anniversary Celebration in October. The annual CREW Awards ceremony always draws a big crowd — we’ve had around 350 people in recent years — but this year, I hope it will be the biggest yet.

This feature was produced in collaboration between Bisnow Branded Content and CREW DC. Bisnow news staff was not involved in the production of this content.