We went to hear Ethan Hawke in conversation with  essayist Margaret Talbot at Sixth & I Historic Synagogue. 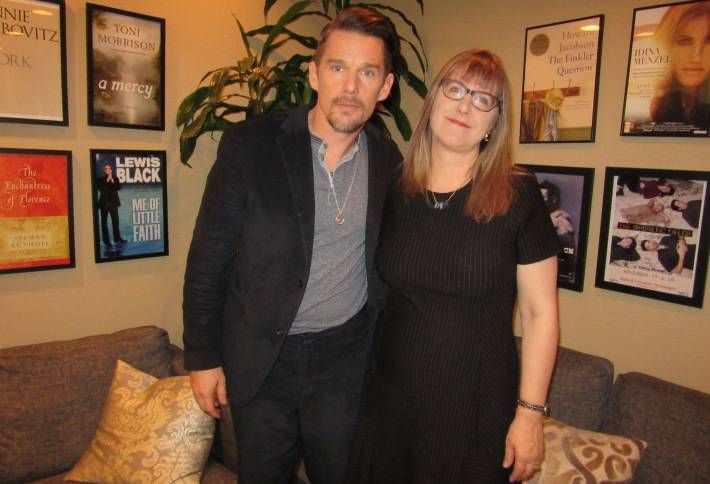 We snapped them at the Q&A session, hosted by Politics and Prose. The four-time Academy Award nominee and star of Dead Poets Society, Reality Bites, Training Day, Before Sunrise and Boyhood said his love for dabbling in various artistic ventures comes from his stepfather: I've been an actor for a long time and it's important for me to shake things up. To become a master of one profession, you have to practice three. 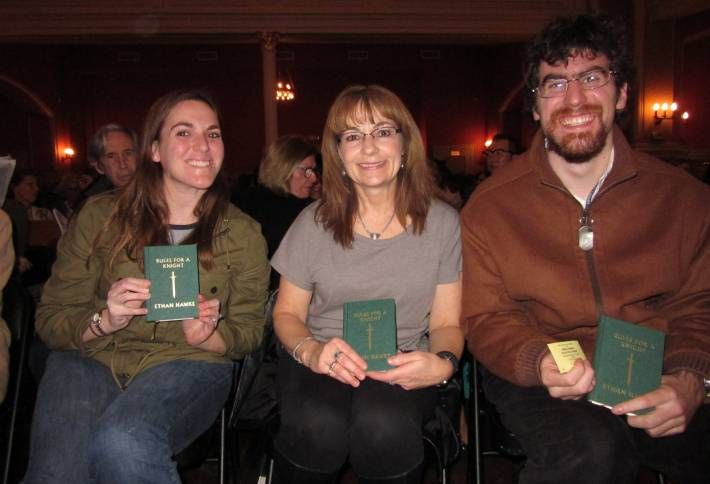 Hawke's new venture is as the author of Rules for a Knight, a fable about a knight’s journey and a short guide to what gives life beauty and meaning. It's a tale set in 1483 of Sir Thomas Lemuel Hawke, about to ride into battle. On the eve of his departure, he composes a letter to his children with 20 virtues on how to live a noble life, lessons he might have told them were he not expecting to die on the battlefield. Here, Nicole Kump, FHA's Janice Uthe and JASC's Benjamin Sussman. 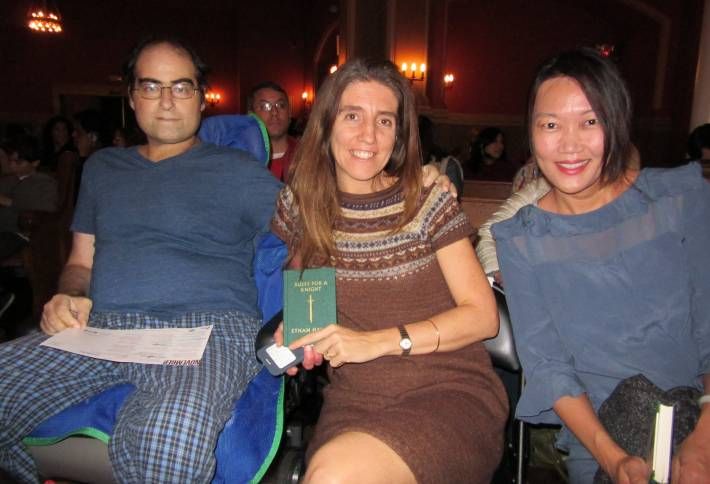 Hawke said that the fable is dedicated to his four children and instills virtues he'd like to pass along to them. Hawke drew inspiration from ancient Eastern and Western philosophy, religion, poetry, and spiritual and political writing. Here, attorney Morgan Strasser, World Bank's Maria Laura Sanchez Puerta and economist Joanna Tsai.