We spent the last week at the Citi Open tennis tournament. Here, the best photos from a super fun week. 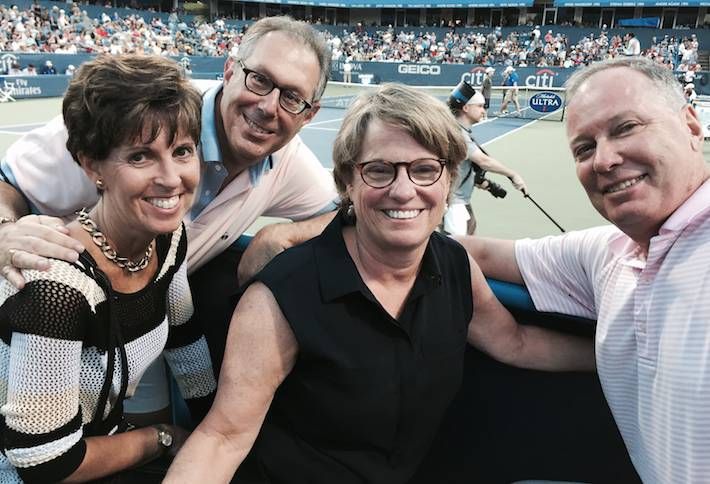 At the semi-finals: EagleBank EVP Larry Bensignor with his wife, Fern, and Linowes and Blocher partner Rich Zeidman with his wife, Nancy. Who knew DC could have such perfect weather every night in August? And thrilling tennis, decided on third set tie breaks, with the crowd screaming as the lead changed. 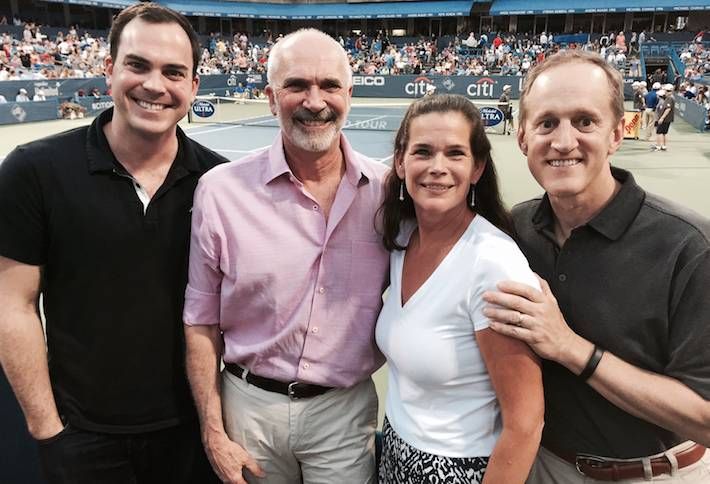 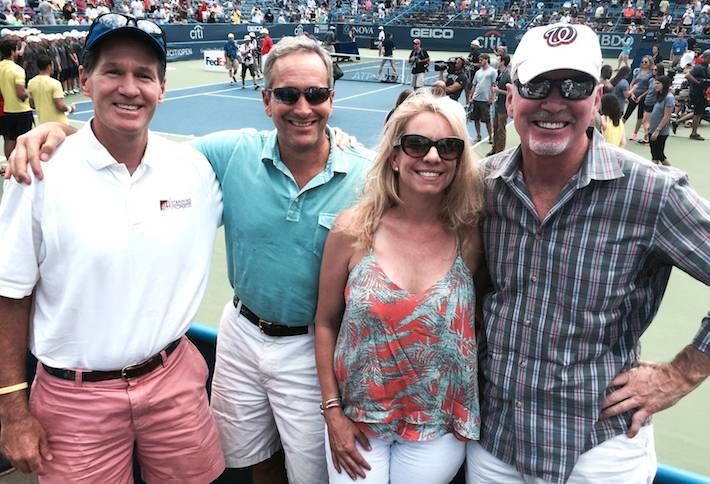 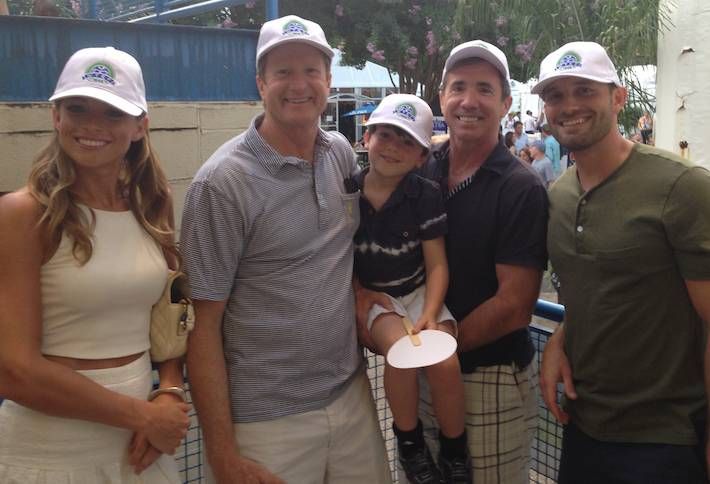 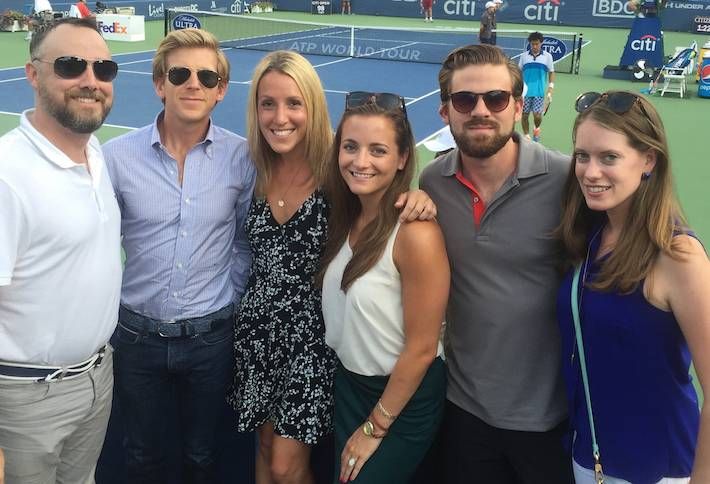 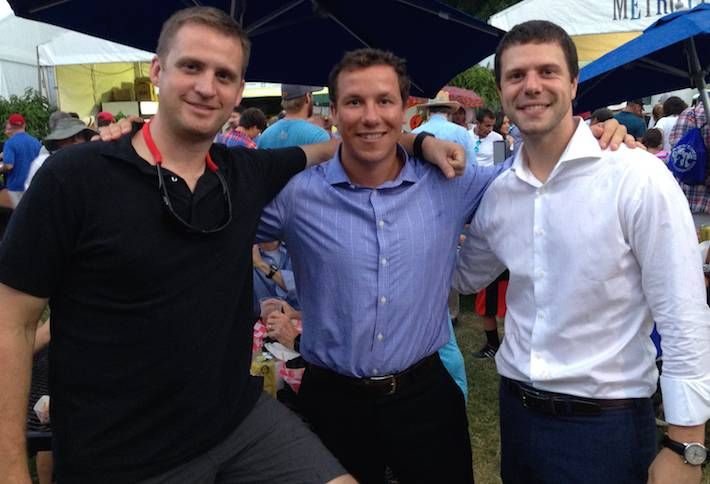 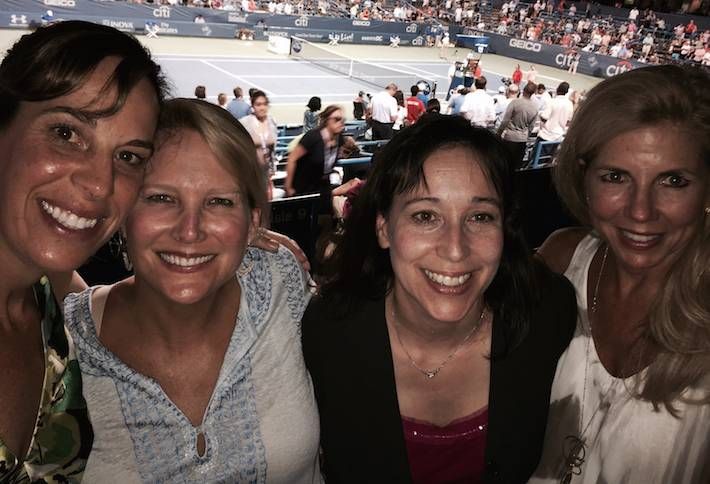 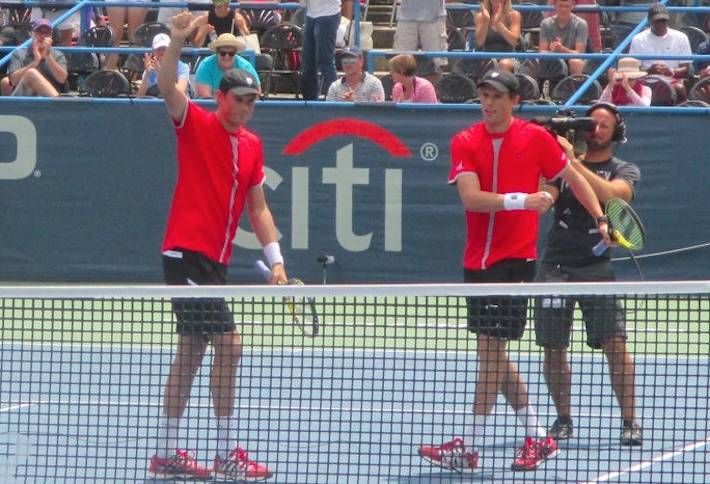 The Bryan brothers, twins Mike and Bob, who have won 108 (!) tournaments, did not disappoint, winning the doubles trophy against the hot duo who had won the French Open. We snapped them acknowledging the crowd immediately after the win. 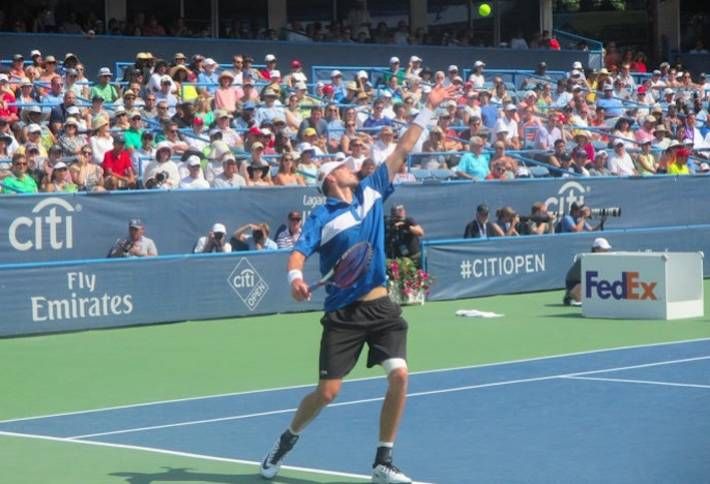 Towering John Isner, at 6'9" not only the the highest ranked American man in tennis, but also the tallest, dazzled with his 140 mph serves, but ultimately fell in the third set of the finals to Kei Nishikori. 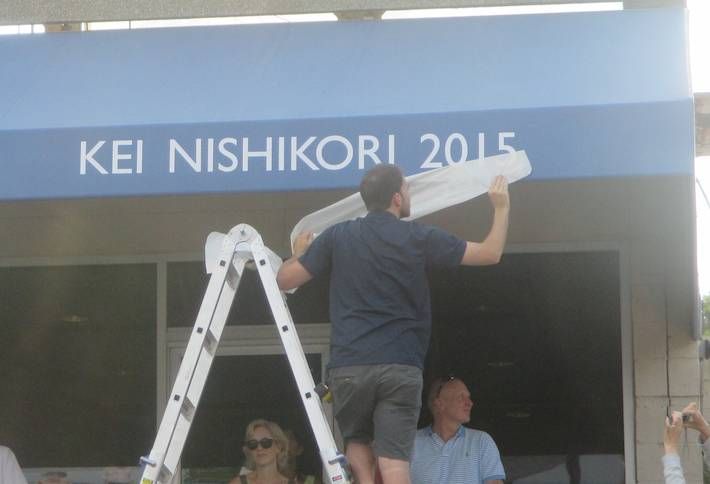 As tradition has it, as soon as the winner is announced, his name goes up with all the other champions. Kei Nishikori is the top tennis player in Japan and had many fans in the crowd. He graciously signed autographs and took selfies after the awards ceremony.