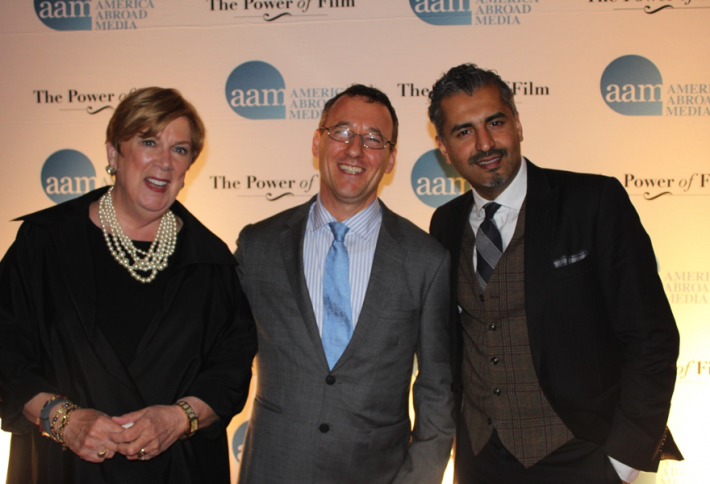 We went to Mellon Auditorium for American Abroad Media's awards dinner, The Power of Film, to honor leaders whose work exemplifies how media educates citizens about critical social and public policy issues. We snapped its president Aaron Label bookended by Jonna Mendez, wife of Tony Mendez about whom Argo was based, and Quilliam Chairman Maajid Nawaz, receiving the award on behalf of those fighting extremism. 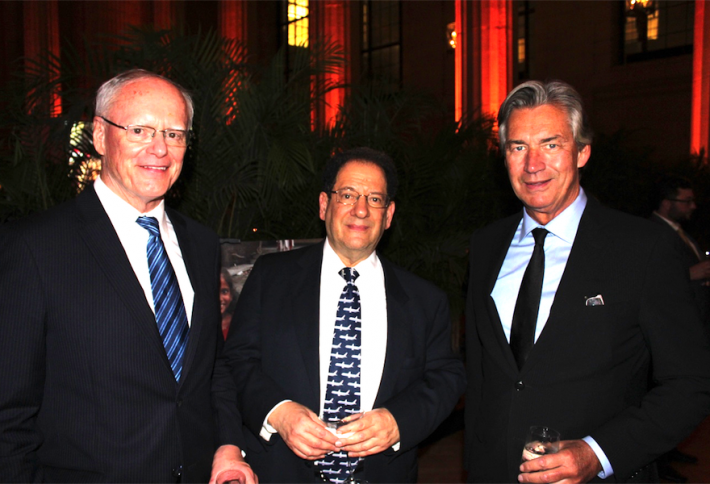 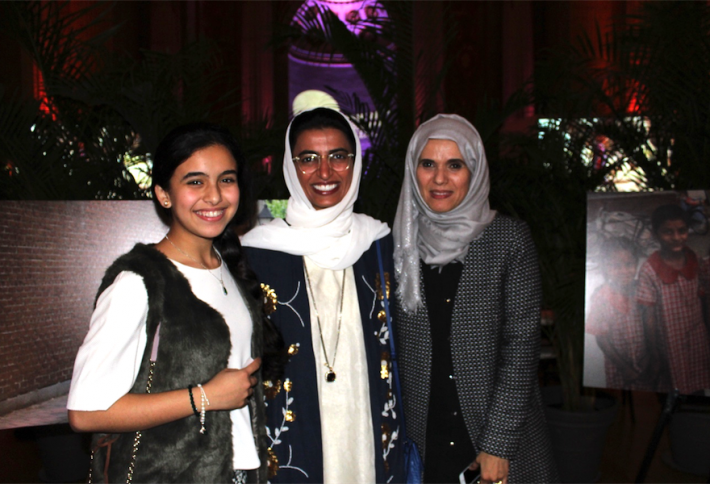 Maha Mohamed and her mother, UAE Embassy's Saghira Alahbabi, surround twofour54 CEO Noura Alkaabi, honored for her contribution to the success of media in Abu Dhabi. 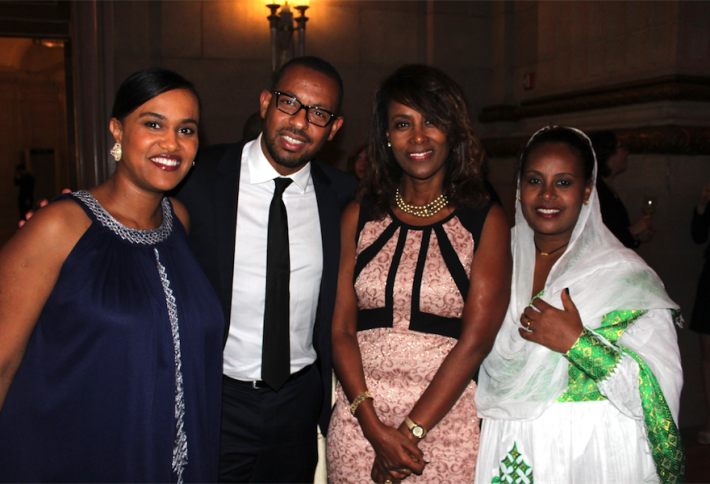 The crew from Difret, an Ethiopian docudrama and winner of the 2014 World Cinema Dramatic Audience Award at Sundance: producer Mahret Mandefro, writer/ director Zeresenay Mehari, Ethiopian Women Lawyers Association director Meaza Ashenafi, and women's rights activist Aberash Bekele, about whom the story is based: a young girl who gets abducted and raped and the lawyer who takes her case. 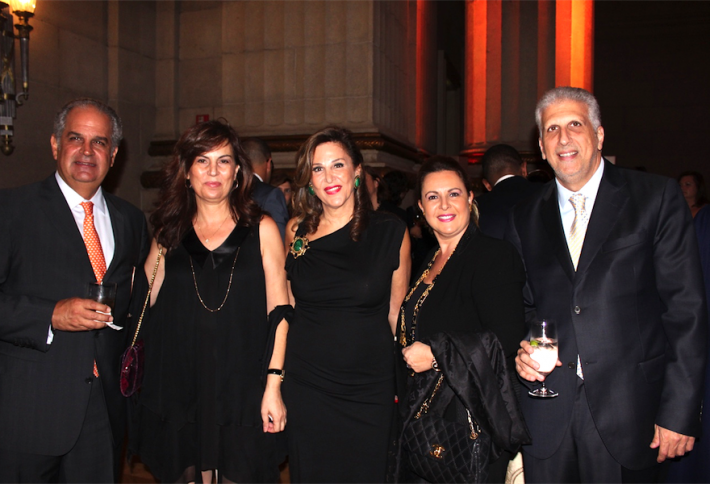