"I've lived my life saying that you can get anything done as long as you don't care who gets the credit," says lawyer Edgar Cahn, the founder of UDC Law predecessor Antioch School of Law. 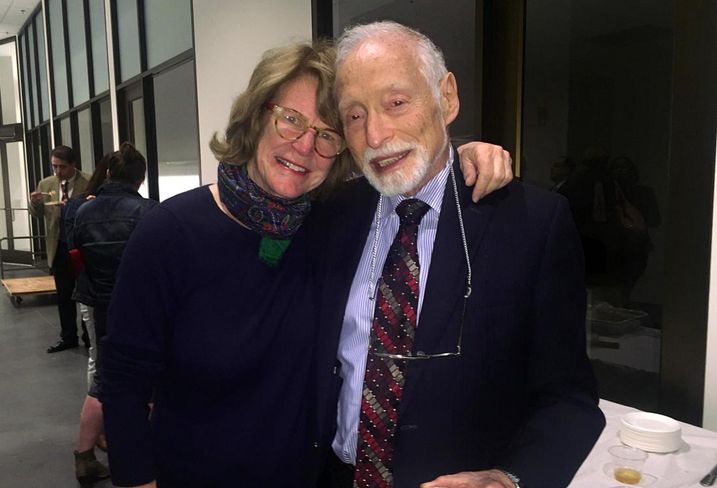 Edgar, a lifelong social justice advocate, recently received some much-deserved credit: alumni, students, professors and family gathered at the David A. Clarke School of Law at the University of the District of Columbia to celebrate Edgar and his 81st birthday. When Edgar and his late wife, Jean Camper Cahn, founded UDC Law's predecessor, it was America's first law school to emphasize educating students with clinical training in legal services to the poor. He still teaches at the law school.

We snapped Edgar with UDC Law Dean Shelley Broderick, who started at the school as a faculty member in '79. The evening's celebration included a congratulatory letter to Edgar written and signed by President Barack Obama. (Dean Broderick read it out loud, her eyes starting to tear up.)

Edgar graduated with an MA, Ph.D. and JD from Yale, then worked as special counsel and speechwriter to AG Robert Kennedy, and later executive assistant to Robert Sargent Shriver Jr., who headed President Kennedy's Office of Economic Opportunity. A Yale Law Review article co-authored by Edgar and his late wife, "The War on Poverty: A Civilian Perspective," led to the establishment of the Legal Services Corp after it was read by Sargent Shriver. He called it the "genesis of legal services." 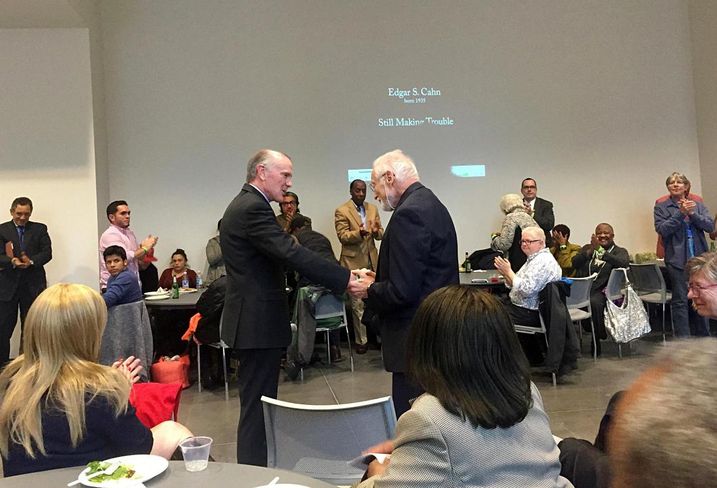 "It is wonderful to be able to celebrate the 81st birthday of my hero, the remarkable Edgar Cahn," said Legal Services Corp president Jim Sandman, the former Arnold & Porter managing partner and DC Public Schools GC.

Jim spoke to Edgar's intelligence, personal values, passion and character. He could have done anything with these traits, Jim said, but he wanted to fight for the cause of equal justice. Jim added, "Edgar proves that being kind and generous isn't incompatible with being professionally successful; in fact, the first can promote the second." 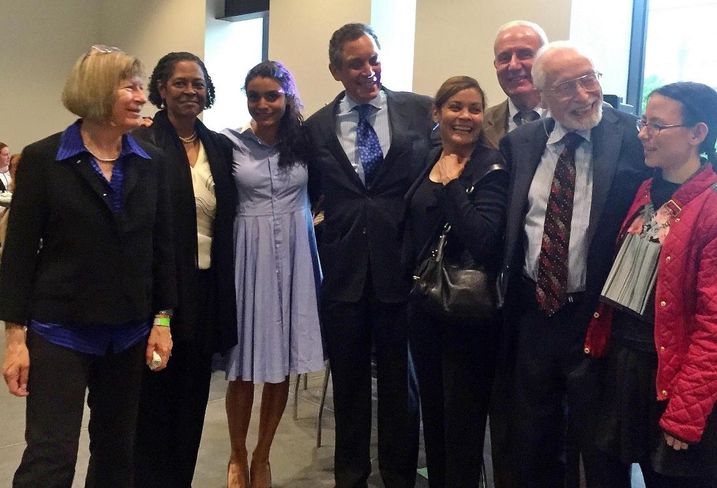 Some of Edgar's family was in attendance, including his son Jonathan Cahn (center), a Dentons partner and head of the firm's US region's Emerging Markets Energy Strategies group. His father refuses to write a memoir, Jonathan said, because he looks to the future.

A Manhattan cardiologist, Edgar's best friend since they were 8 years old, also came into DC for the celebration. 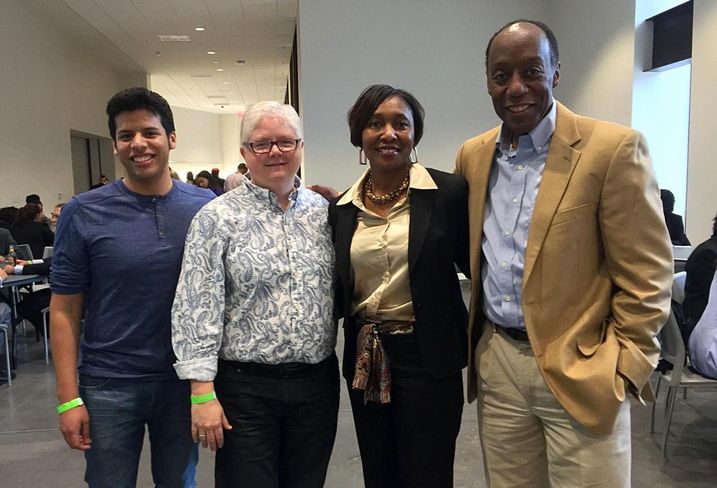 Justice is too abstract and perfect a concept to grasp, Edgar said his father told him. But every human has a sense of injustice. So the definition of "justice" he's gone by over the years, is that if something rouses his sense of injustice, he acts to change it.

In between a live auction (presided over by professor John Brittain) and silent auction to benefit UDC Law's Summer Public Interest Fellowship, remarks from lawyers including UDC Law founding Dean Bill Robinson, and music by Deaf Dog and the Indictments (a six DC judge, one psychologist, rock 'n' roll dance band led by the Hon. Russ Canan), we snapped some of the many alums who came to celebrate Edgar: Sebastien Monzon Rueda, Tammy Seltzer, Nicole Griffin and Kevin Saunders. 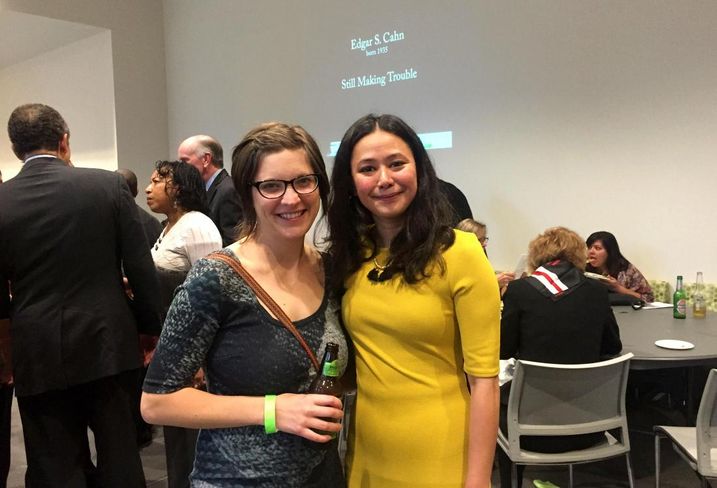 Edgar's other accomplishments include inventing TimeBanks (which use "time dollars" to address social problems), and expanding that to the Time Dollar Youth Court in DC, which hears around 800 cases a year. Pam de Ocampo (right) works with Edgar on TimeBanks; we snapped her with another UDC alum, Leandra Carrasco.