Bucking the trend of law firms moving to new construction, Sidley Austin signed a 15-year lease to stay in its current building at 1501 K. After 18 months of renovation, DC managing partner Mark Hopson gave us a tour of the 289k SF space. 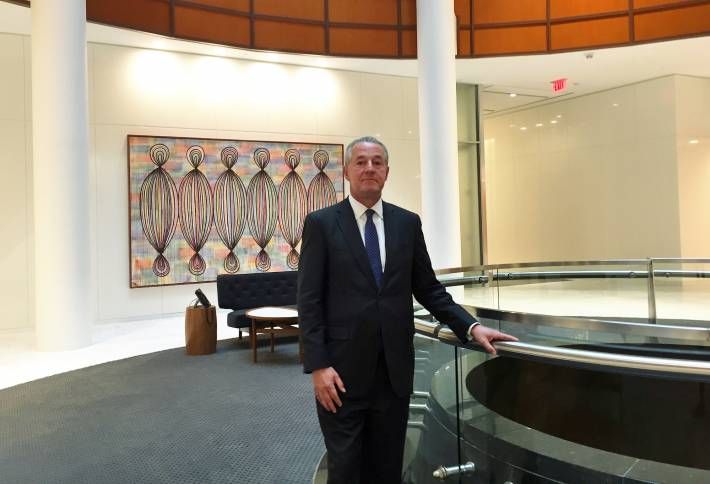 The office has been largely transformed from its much darker and more compartmentalized earlier version. Some floors are still under construction; the fully finished space debuts around July 2016. We snapped Mark in the sixth-floor reception area, which has a large light-well down the center that used to be paneled off. The firm commissioned original pieces by local artists, including Steve Cushner, Julie Wolfe and Linling Lu. In the background is a Cushner piece. Mark tells us he also has a couple of works by the artist at home. 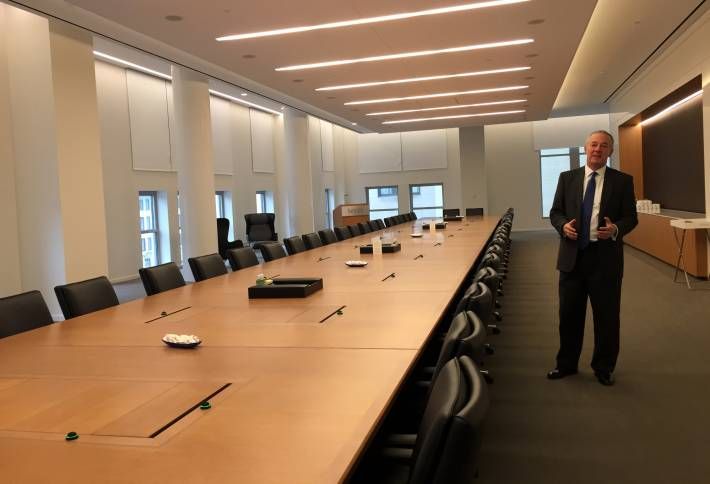 Older buildings aside, the decision came down to staying here or moving to CityCenter, says Mark. After open forums around this table with lawyers and staff, they chose to remain at 1501 K, partly for its convenient location for both driving and Metro commutes. Gensler regional managing principal Ken Baker was the lead designer for the renovation. JM Zell's Jeff Zell was their consultant in renegotiating the lease. (This room can fit the entire office's lawyers and staff. It's on the sixth floor, the entirety of which is used as a visitor conference center, with multiple large rooms and food service areas.) 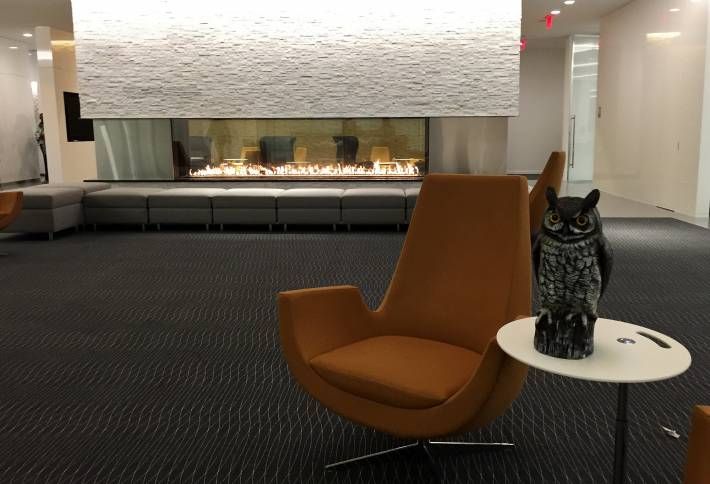 Sidley has eight floors at 1501 K, with options to grow and take over the entire building. This downstairs concourse used to be a mail room and storage for boxes and papers. With everything digitized and much less need for paper, the space has been opened up as a common area with a working double-sided fireplace (pictured), cafeteria, and 400-person multi-purpose room. (In the center used to be a large owl sculpture, which landlord Joey Kaempfer moved to his backyard. The firm placed this small owl in the common area in its stead.) 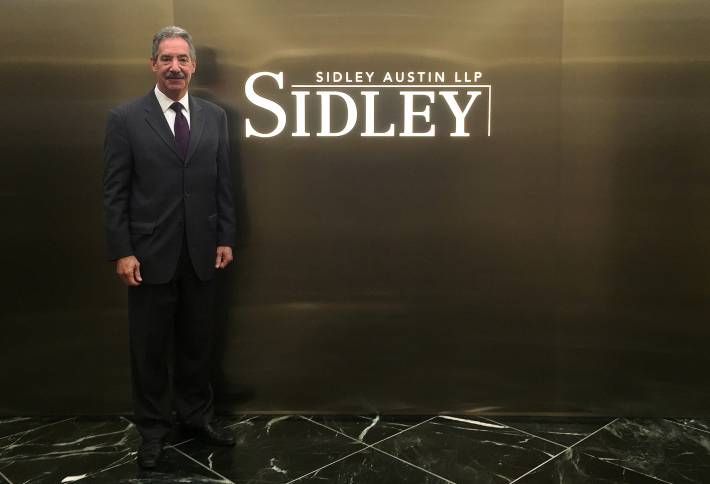 Jim Cole, above, is a recent add as partner after serving for four years as US Deputy AG. There's space in the building for 440 lawyers and the office stands at around 300 now. Mark tells us he anticipates that all of their practice areas have room to grow organically, though they don't plan on any firm mergers or large-scale acquisitions. 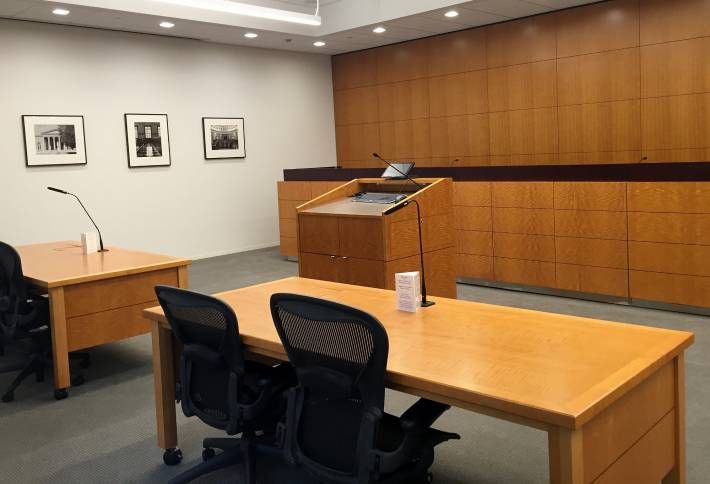 With Sidley's busy Supreme Court practice, part of the renovation included building a moot court room. The firm's Supreme Court practice was founded by former US Solicitor General Rex Lee, who joined the firm around the same time as did Mark (the first associate hired in litigation) and Carter Phillips. 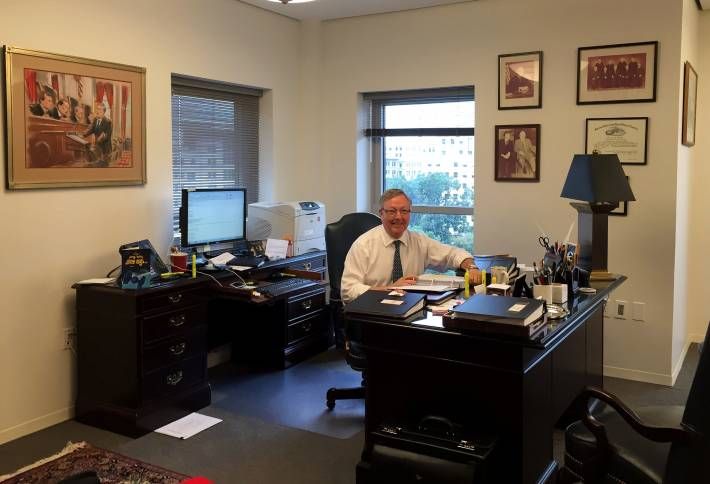 We snapped Carter in his office. The firm's Executive Committee chair and former DC managing partner, he's made 81 arguments before the Supreme Court—more than any lawyer now in private practice. 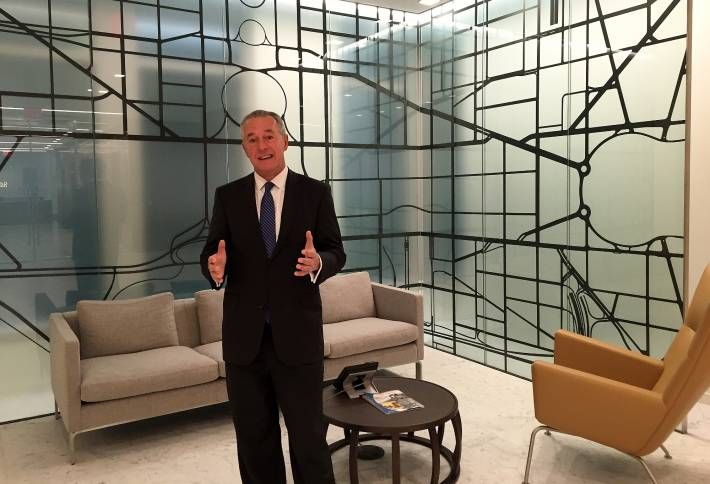 Sidley's DC office has been open for 52 years. Big changes in the legal industry mean that the office reno completely scrapped the library—although the librarian still works with lawyers—and prioritized collaborative spaces like this one and meeting rooms on each floor. In updating a nearly 100-year-old building, César Pelli, the architect who worked on the National Airport, came in to determine how to fit 12 floors within the skin of a 10-story building. 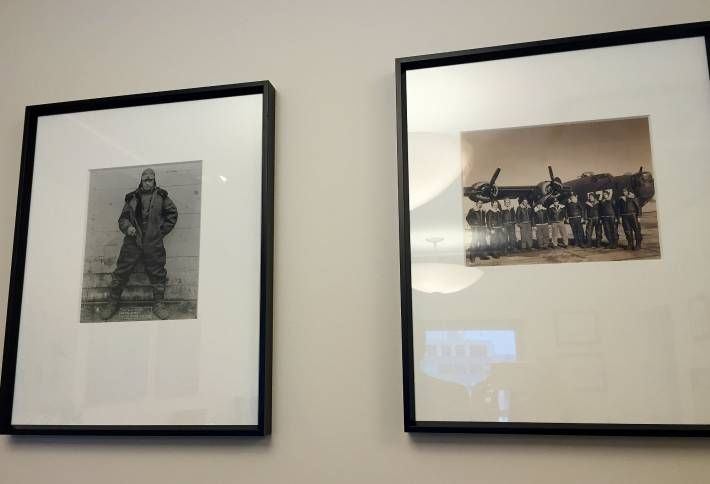 In addition to eschewing new construction, the firm also opted out of the recent "one-size" office trend. It generally has standardized office sizes firm-wide: 225 SF for partners and 150 SF for other attorneys. We stopped by Mark's office, where we spotted a picture of his great uncle "Wild Bill" Hopson, a WWI aviator and one of the first pilots for the USPS (he's even commemorated on a postage stamp), and Mark's father, a WWII pilot. To update the office while still working there, one floor of lawyers and staff at a time would shift down to another floor for six to eight weeks. The fourth floor is not yet renovated, and it's striking how much darker and narrower the space feels. 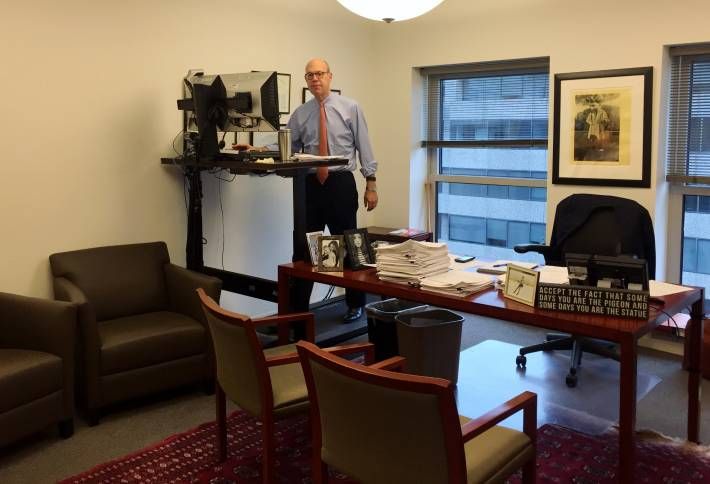 Dr. Paul Kalb heads the firm's healthcare practice and co-chairs its life sciences practice. An active art collector, he helped advise on art for the renovated office, as did DC's Hemphill Fine Arts, a longtime art consultant for Sidley. We snapped Paul on his treadmill desk, an option each lawyer has for his or her office. They can also choose a standard or standing desk. Paul tells us he spent three hours walking at his treadmill desk the day before. (A former attending physician at the Memorial Sloan-Kettering Cancer Center, he knows the importance of good health.) 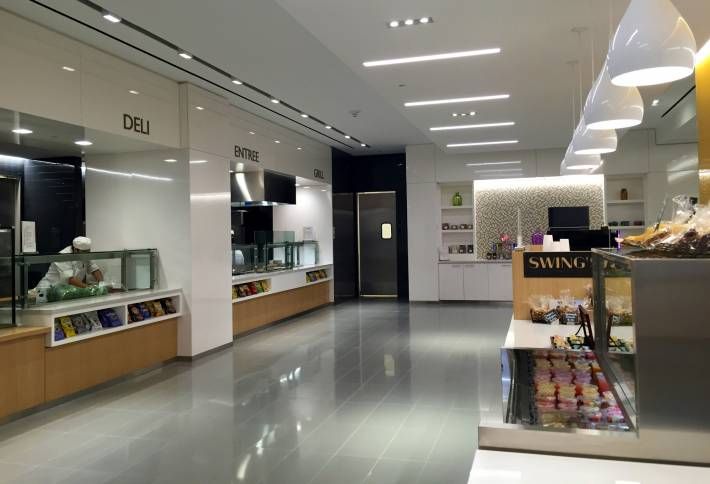 A brand-new full-service cafeteria (including a barista, omelette station, grill and salad bar), and a gym with a full-time trainer finish off the transformed office.