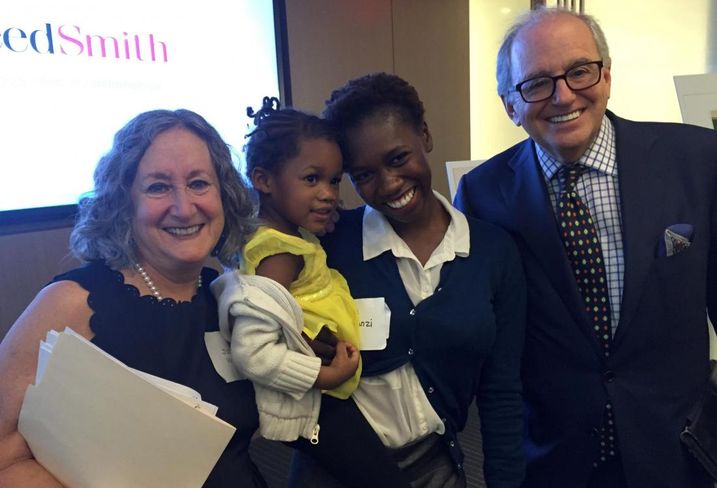 Matthew, who tragically passed away at 34, had been a champion high school debater. As a tribute to him, more than 120 friends of Judy's and Norm's, along with many in the urban debate community, gathered at Reed Smith to support the efforts of the Washington Urban Debate League, which brings debate to underrepresented communities.

Judy and Norm stand on either side of one of the evening's speakers, Mwenya Mwimanzi (who's holding her niece, Malaika). Mwenya spoke on behalf of her brother, Victor. Victor emigrated from Tanzania in fifth grade, speaking no English. Soon after, at a trip to Reed Smith with his elementary school, he met Eugene Tillman, who became his mentor. Victor later interned in Reed Smith's DC office. As a high school debater, he was mentored in debate by Matthew Ornstein, and as a result, received a full debate scholarship to the University of Louisville. Victor now works in Reed Smith's Tysons office.

Judy has been a longtime Reed Smith partner, having been with the firm since '74, aside from time in government in the DOJ's Antitrust Division and in the FCC during the Clinton Administration. She has served as Reed Smith's DC office managing partner. A well-known political commentator, Norm has also authored several books. 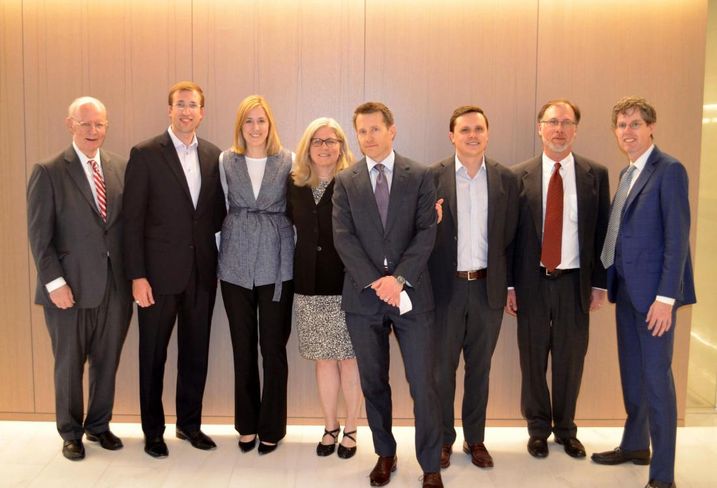 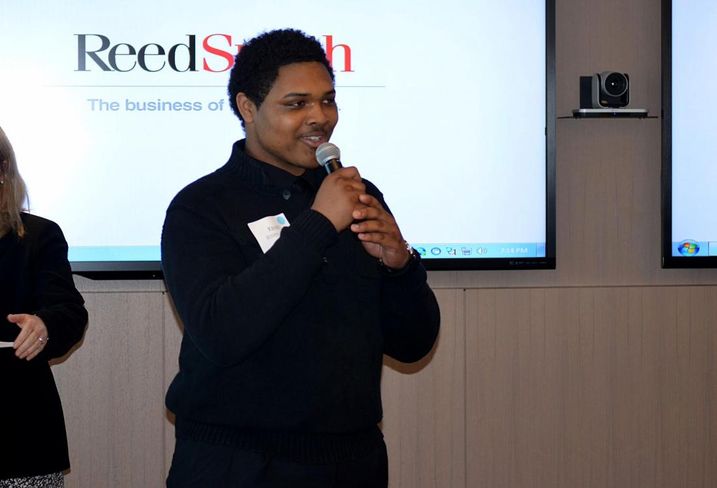 Keoni Scott-Reid, a star debater with WUDL, was one of the students who spoke at the event. Other students, coaches and volunteers also related their experiences.

Last year, the Matthew Harris Ornstein Memorial Foundation helped establish a debate summer camp for inner city public school students from DC and PG County, hosted by WUDL, the DC chapter of the National Association for Urban Debate Leagues. At the end of the five-day camp, a student who best reflects Matthew's values is honored with the Matthew H. Ornstein Outstanding Debater award. In its inaugural season, Keoni Scott-Reid was the winner of that award.