The Williams Institute was founded 15 years ago to conduct research related to LGBT law and policy. At the Harvard Club, its annual Fall Reception both celebrated and looked ahead. 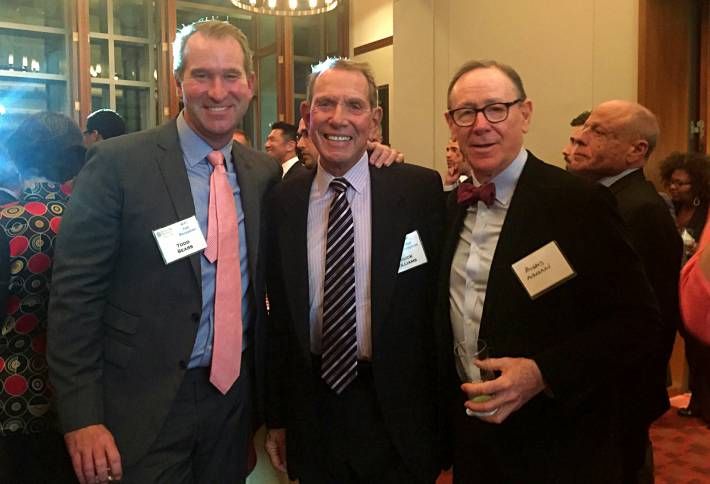 Justice Kennedy directly cited the Institute's research in the Supreme Court ruling this year that brought marriage equality to all 50 states. The organization has published more than 200 research reports on marriage equality. Just before remarks by Williams Institute founder Chuck Williams, center, we snapped him with Out Leadership founder Todd Sears, left. Todd's a former Merrill Lynch financial adviser, who started the first national team to focus on the LGBT community, bringing in $1.5B in new assets to Merrill. He also helped Merrill organize a $100k grant for the Williams Institute, where he now sits on the board. Out Leadership focuses on the business case for LGBT inclusion. 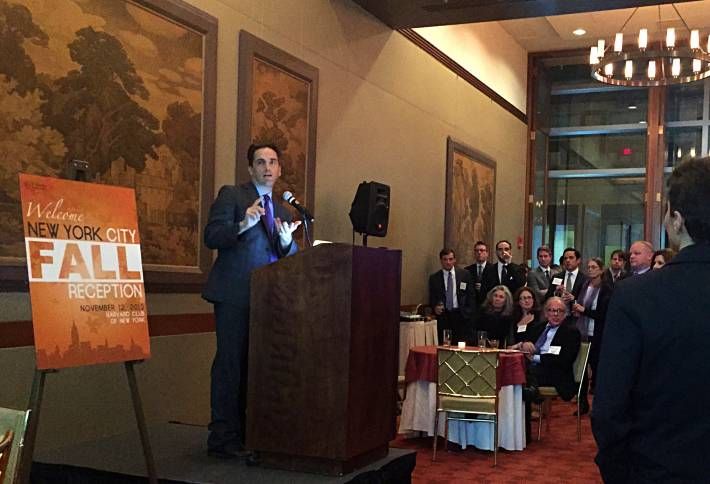 Chuck said that marriage equality is the tip of the iceberg. "We have more to do now than we ever did." New issues to focus on include poverty, homelessness (around 40% of homeless youth identify as LGBT), criminal justice issues, laws protecting against discrimination (particularly in the most vulnerable populations, such as youth and transgender individuals), and helping to extend laws protecting LGBT rights to other countries.

Williams Institute founding executive director Brad Sears, above, outlined the strategy the Institute used to promote marriage equality and will apply to the new issues: 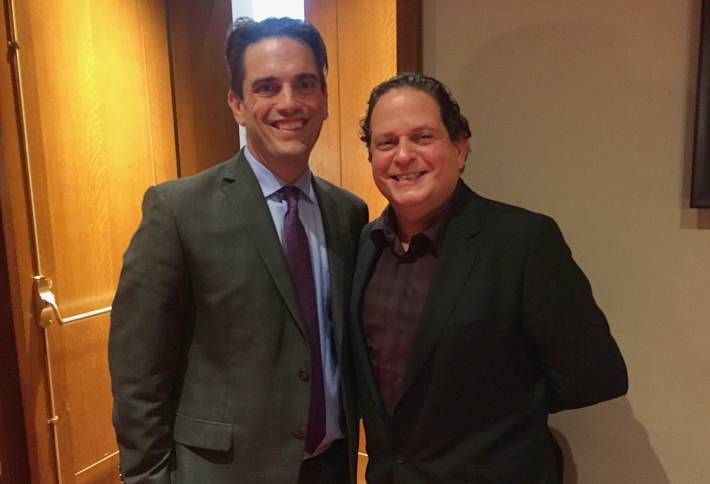 Brad (here with David Hochberg, an artists' agent) pointed out that the Williams Institute filed 40 amicus briefs in the past year, in every appellate case related to marriage equality, and had its research featured in at least 1,000 news articles. According to Williams Institute research, in the four months following the Supreme Court's marriage equality ruling, around 96,000 same-sex couples married in the US, adding $813M to state and local economies.

We need to ensure not just that there are new laws and policies, Brad said, but that they're enforced and make a difference in people's lives. 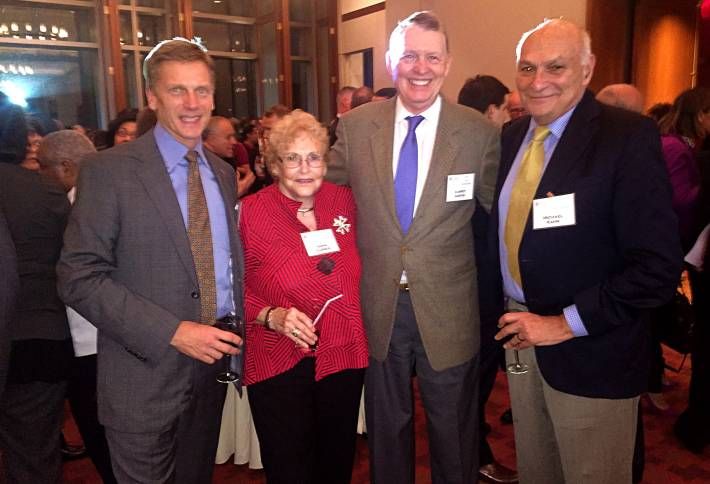 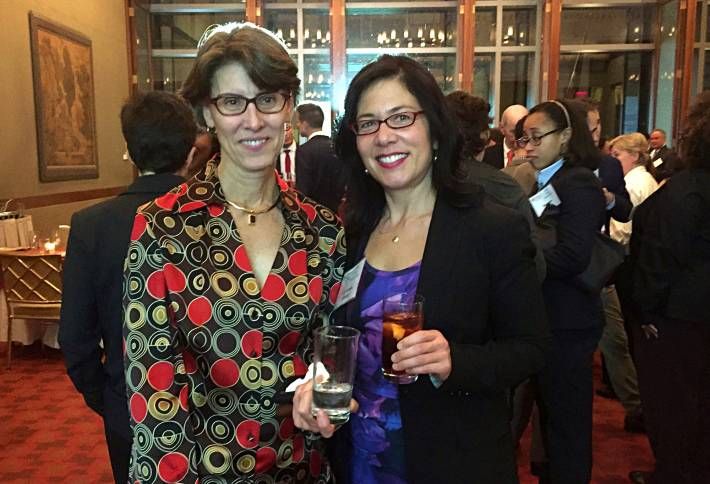