For a long time, Allan Topol has had two lives. By day, he's a Covington regulatory and public policy lawyer in the firm's DC office. On early mornings, weekends, vacations and airplanes, he authors geopolitical thrillers. 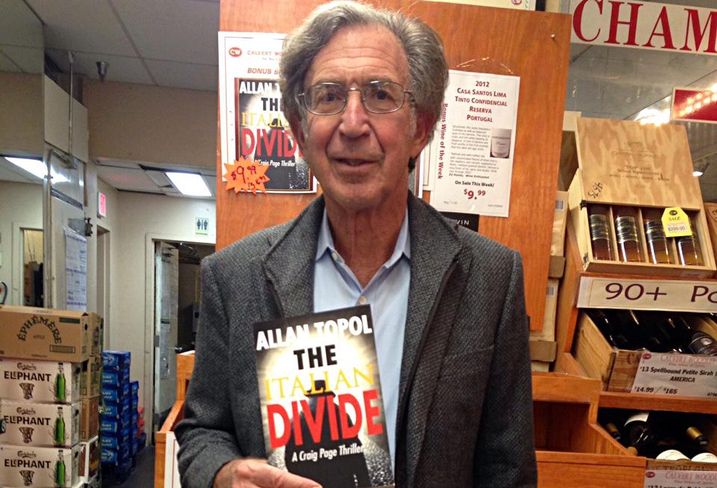 Allan's penned 12 books so far; recently putting out well-reviewed novels at a rate of one per year. His latest, The Italian Divide, was released March 15.

The two aspects of his life work well together, Allan tells us. He's been doing a lot of international law and public policy work with the government affairs group, and the legal issues have an international aspect, as do his novels. (Though the novels have much more of a focus on espionage, murder and intrigue.) He says someone asked him whether he wants to be Craig Page, the hero of five of the books. "Maybe it is a fantasy for me."

Allan travels often both for work and to research for his novels, many of which are located abroad (eg, Italy, France, Argentina, Spain, Russia). He took four trips to Italy over several years to research The Italian Divide: taking notes, visiting the locations in the book and interviewing people—and, for realism's sake, trying all of the restaurants and wines mentioned (an oenophile, he says wines from Piedmont in northwest Italy were his favorite).

Back in DC, the Italian restaurant he frequents is Tosca, which has received mentions in a couple of his books. Calvert Woodley Fine Wines & Spirits owner Ed Sands has also received a book cameo, a gesture of gratitude in exchange for Ed's help with wine business authenticity for a certain character (a Mossad agent posing as a wine importer in Paris). Ever since then, Allan has always done a book signing in the wine shop, where he's pictured above. 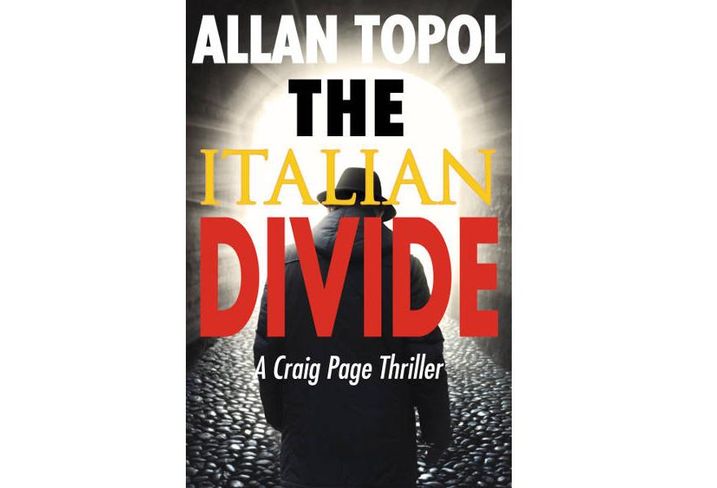 "My objective in writing is first to entertain readers; my second objective is to educate them about an important geopolitical topic," Allan says. In The Italian Divide, that was the history of and division between northern and southern Italy and Chinese attempts to make inroads in Europe (through controlling Italian banks). Other novels have covered terrorism and threats to the US, conflict between Muslims and Christians in Europe, and a powerful Russian ruler.

Back in the office, Allan has co-authored a two-volume treatise on Superfund law and procedure. He's done a lot of work for aerospace companies in California Superfund cases; an ongoing case involving the Omega hazardous waste site is the largest matter yet. In a real-life version of his novels, Allan also started and edits a blog called GlobalPolicyWatch that deals with global affairs and public policy.

A Yale Law and Carnegie Mellon grad, Allan published his first book in '78. After his second book came out in '80, he took a two-decade break while his four children grew up. (They inherited both of Allan's interests: one's a partner at Wiley Rein, one's a doctor in DC, another is a screenwriter, and the fourth is an off-Broadway theater director.)

In the last 13 years, Allan's published 10 novels. (He became senior counsel two years ago, which he says frees up a little time.) We caught up with him after his 10th book a couple of years ago. He plans to alternate between DC-based books, such as 2015's The Washington Lawyer (above), and those set abroad. With the popularity of The Washington Lawyer, Allan is working on a sequel for publication next year. "I've been bringing out a book a year, and my goal is to keep doing that." He's also planning a visit to Hungary to begin research for his next novel.