Hundreds of high-powered Washingtonians (and one Dame and Hollywood star) filled Harman Hall and the National Building Museum Sunday evening for the 2015 Harman Center for the Arts Gala. 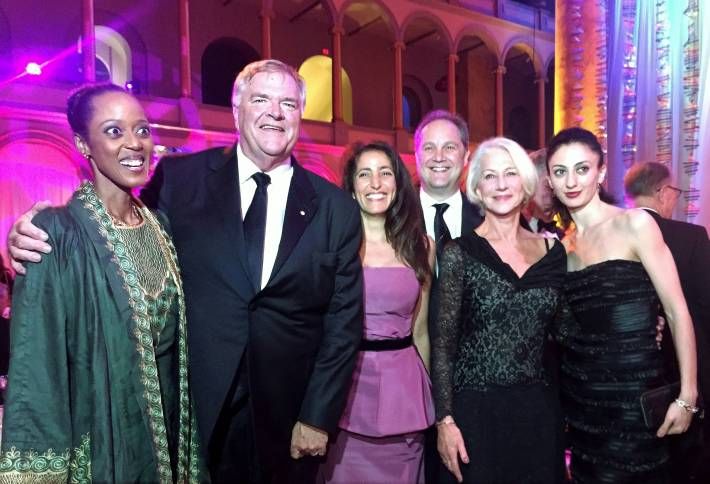 The annual black-tie event includes cocktails and performances at Harman Hall followed by dinner and dancing at the National Building Museum. Academy and Tony Award-winning actress Dame Helen Mirren was the special guest. We snapped her with Tony Award nominee Tsidii Le Loka, Australian Ambassador to the US Kim Beazley, Rose Carter and Shakespeare Theatre Board of Trustees member Dr. Paul Carter, and Joffrey Ballet dancer Victoria Jaiani. That morning, the Hon. Kim Beazley hosted a VIP brunch at the Australian Embassy honoring the Harman Center for the Arts Gala Patrons. 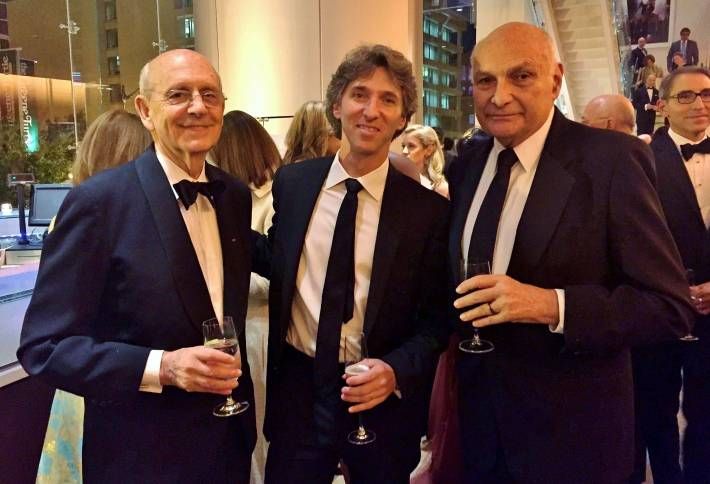 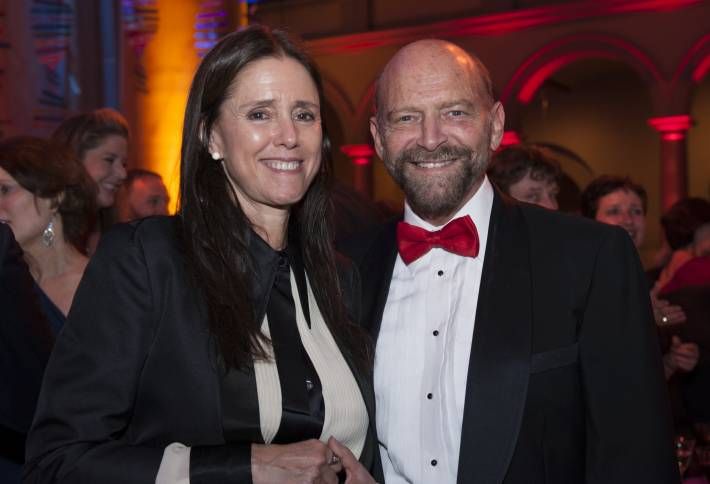 Director Julie Taymor, here with STC board chairman Michael Klein, was honored with the William Shakespeare Award for Classical Theatre. The Tony, Emmy and MacArthur Grant holder is the director behind Broadway's Lion King and the movies Frida and Across the Universe, along with theater and film versions of Shakespeare's Titus Andronicus and The Tempest (which starred Helen Mirren). The Sidney Harman Award for Philanthropy in the Arts went to commercial real estate consulting firm JM Zell Partners. 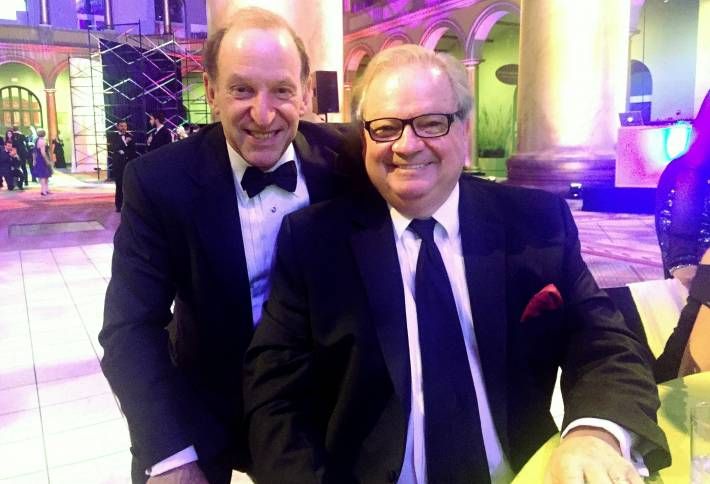 After the performances, we walked over to the National Building Museum for a gourmet dinner. In between courses, we snapped two of the evening's gala chairs: Chadbourne litigation department head and white collar defense chair Abbe Lowell and Brooklyn Law School Dean and Dentons senior counsel Nick Allard. 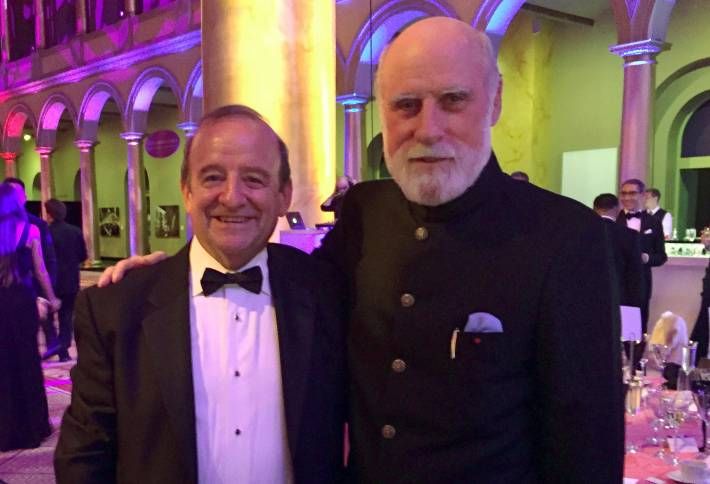 Here's McDermott government strategies practice chair Stephen Ryan, a gala committee member, with Google VP and Chief Internet Evangelist Vint Cerf. Vint's known as the "Father of the Internet." (He was a headliner for Bisnow's Future of the Internet event a few years ago, so it's probably a good time to look back and see if they were right about the future.) 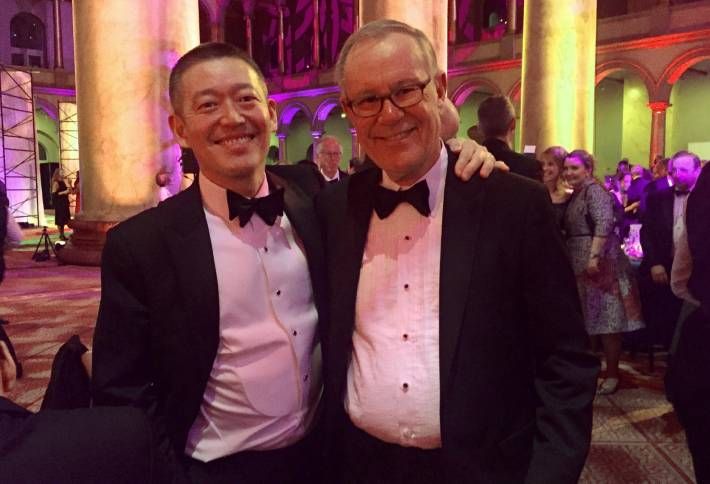 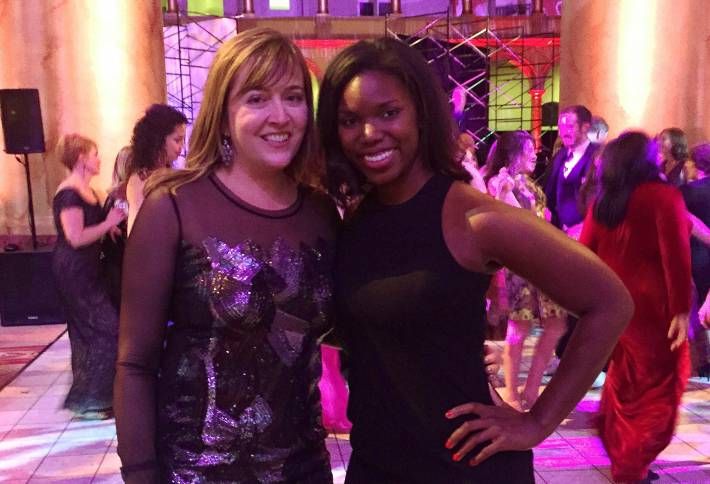 Guests hit the dance floor after dinner. Here is Dentons co-managing partner for DC and Tysons Joanne Zimolzak with Willkie Farr associate Kristian Hinson. The two used to work together at McKenna Long, where Joanne was insurance practice chair and DC managing partner. 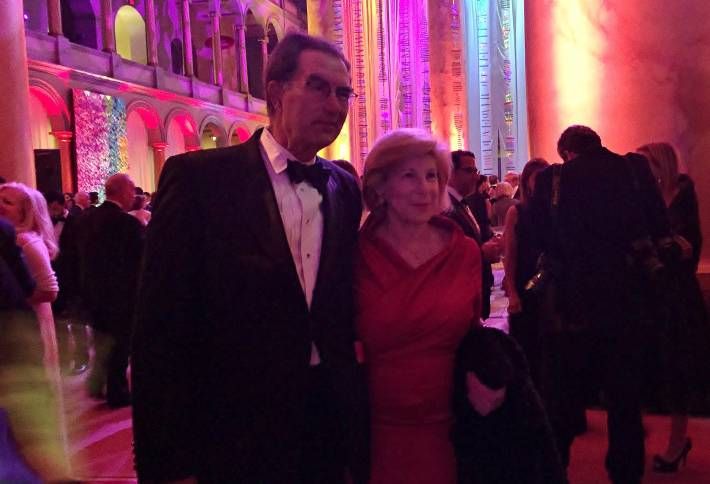 Want to see who else was walking around the Harman Gala? Check out The Scene Bisnow. And don't miss any more big events, sign up for our newsletter today. It's free!