By now we all know President Obama has made his choice of a Supreme Court nominee. Here's what some of his former clerks and colleagues have to say about the choice.

WilmerHale regulatory and government affairs department chair and strategic response group co-chair Jamie Gorelick worked with Merrick Garland in the DOJ Criminal Division during the Clinton Administration. Jamie was a deputy attorney general, and Garland a deputy assistant attorney general who joined in '93. Jamie asked Garland to be her principal deputy because he was a brilliant lawyer and had the perfect background, writes NPR.

Jamie tells us that Chief Judge Garland "is a public servant at heart" and was a wonderful prosecutor who helped on innumerable cases in the DOJ. "He worked on the hardest cases, where we needed all of his judgment and collegial team-building, and I think those qualities will serve him on the Supreme Court." She calls him an "obvious and consensus candidate."

She also praises Garland's judgment, intellect and humanity, saying the combination served the DOJ very well, and will serve the people of the US when he's on the Court.

Boies, Schiller & Flexner crisis management and government response partner Karen Dunn clerked for Judge Merrick Garland (2006-2007) and Supreme Court Justice Stephen Breyer ('07-'08). She also worked in the White House as Associate Counsel to President Obama, in the Eastern District of Virginia as an AUSA, in the Senate as communications director and a senior adviser to Hillary Clinton.

Karen said in a statement, "Judge Garland is respected and admired by Republicans and Democrats alike because in addition to being one of the best appellate judges in the country―if not the best―he is a person of deep integrity who has dedicated his professional life to serving our country, including leading the Oklahoma City bombing prosecution. The President could not have chosen a more qualified person for this job because of Judge Garland’s judicial manner, incredible intellect and ability to build consensus.”

Chief Judge Merrick Garland joined Arnold & Porter as a litigation associate in 1981 and made partner after just four years. He worked as an A&P partner from '85-'89 and '92-'93, alternating with stints as an AUSA for DC and DOJ Deputy Assistant AG in the Criminal Division.

Arnold & Porter chairman Richard Alexander said in a statement, "We are extremely proud of our former colleague’s nomination by President Obama to the nation's highest court. We were privileged to know him both as a person of great integrity and an extraordinarily gifted lawyer. The country has been fortunate that he has given much of his professional life to public service. We look forward to his confirmation." 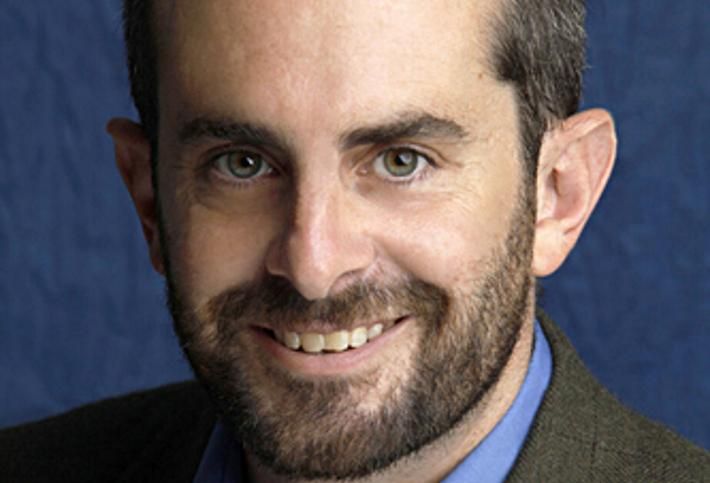 Jay wrote about the experience in the Daily Beast, saying Garland was "one of the hardest-working, fairest-minded people I've ever met" (he often stayed "late into the night" working, sometimes heading out to spend time with his children "before coming back in for the midnight shift") and that politics never played a part in Garland's considerations of court cases.

In light of the Senate's refusal to hold hearings on Garland, Jay suggested several possible ideas, including having conservative judges—among whom Garland is widely respected—urge the Senate to conduct hearings. He likens this to Ted Olsen's work on same-sex marriage helping "lift the issue above partisan politics." As he puts it, "Someone has to step up and be the Ted Olsen of the #SCOTUSNominee battle."