Working at a law firm is a time-consuming job in itself; for Sterne Kessler's Shannon Whitehead, it's just part of a week that also includes practicing and playing full-contact football.

Shannon's an offensive guard for the District's female tackle football team, the DC Divas. The team's the first in the Women's Football Alliance to be back-to-back national champs, after winning last weekend's 2016 WFA championship.

The Divas have also met the Obamas at the White House and have a documentary about them debuting at Sundance this fall. (They watched a preview of the film a few weeks ago, and hope to take the entire team out to the film festival in Colorado.) 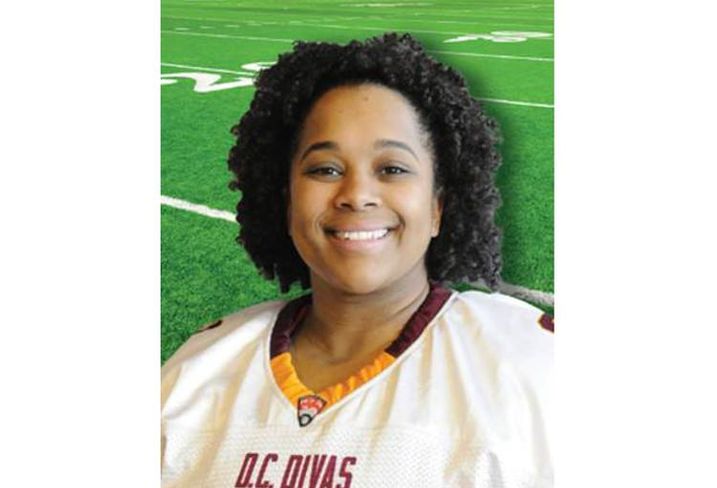 "It's like a second family," Shannon says. They spend about 10 to 15 hours a week practicing together, followed by games on the weekends. On top of that are hours spent studying plays and watching film of practices and games.

Shannon also attends training camps, most recently one in March hosted by the New Orleans Saints. She's planning on trying out for the USA Football's 45-member Women's National Team, which competes against international teams every four years. 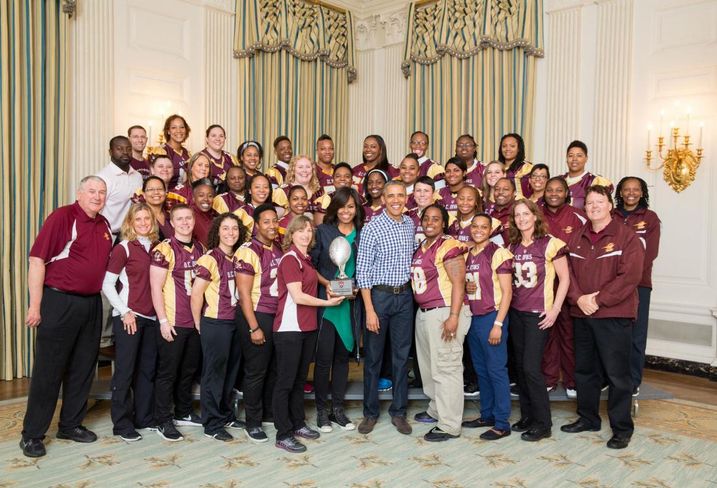 Unlike the hefty salaries of NFL teams, WFA teams are entirely unpaid. Each player has a day job, which Shannon tells us run the gamut: a detective, teachers, IT professionals. She's a billing specialist for Sterne Kessler. Shannon's been playing for two years (coincidentally, or maybe not, the two the team won the championship) but others have played for more than a decade.

She hopes to pave the way for other women and girls who want to play football. "When given the chance, women can play this game as well as men can."