After Losing Their Son to Childhood Cancer, DC Lawyers Fight To Improve The Chances For Others

Mark and Jenny Mosier were successful DC lawyers when their son, Michael, was diagnosed with brain cancer a week after his sixth birthday. 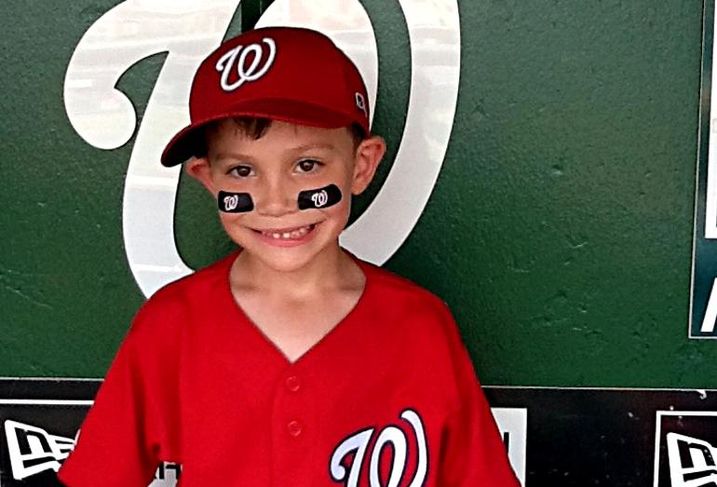 Before Michael was diagnosed, Jenny says, "My son was at baseball practice, a very energetic, active, 6-year-old." He'd just started kindergarten. For his sixth birthday, he'd bounced on trampolines with his friends and family at Sky Zone. "Within weeks, he was in a wheelchair. Everything was stolen in a very rapid progression."

DIPG is an aggressive, inoperable tumor in a part of the brain stem called the pons; as the tumor grows, it puts pressure on nerves that control essential bodily functions like eyesight, balance and swallowing. Michael was diagnosed after he complained of double vision and his right eye stopped moving normally. He soon needed a wheelchair, lost use of his left (and dominant) hand, had trouble speaking, and would be nauseated and vomit due to the pressure of the tumor.

Eventually, DIPG tumors interfere with breathing and heartbeat, which leads to death. "Any disease that leads to children passing away is horrifying. DIPG is unbelievably cruel in what it does to children before they die," Jenny says. Because the tumor is in the brain stem and is inoperable, "They become unable to move, to swallow, to speak. They're completely mentally intact, so they're sitting there trapped in their bodies, unable to communicate and unable to function."

"I had to tell my 6-year-old son that it was OK for him to let go," says Jenny. "No parent should have to go through that, and no child." 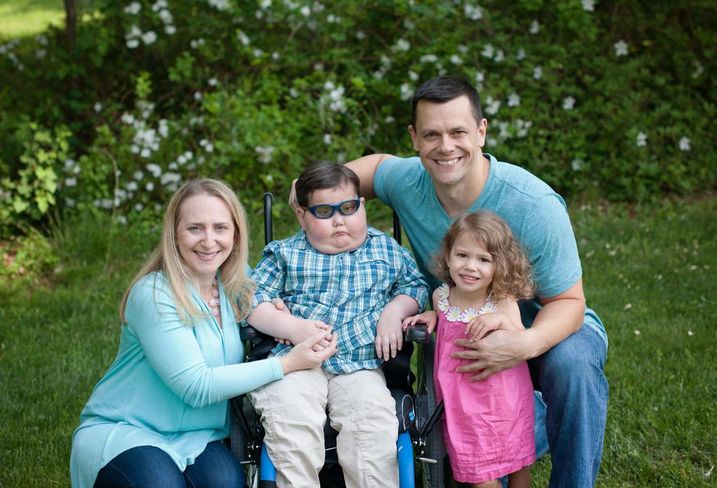 "If you see my son when he was diagnosed and when he died, you can't tell it's the same person," Jenny says. As steroids are used to decrease swelling in the brain stem, children with DIPG can double in weight. "So the pictures are hard to look at when you look at the progression." Above, Mark and Jenny with Michael and Michael's younger sister, Lila.

"Parents have a whole life of plans for their children. They've already thought about them going to kindergarten, going to graduation, and then it's swiped away. I feel that on a daily basis," she says.

"It's something that we as parents will never stop thinking about as we walk through our daily lives: all of the things our child will never get to experience. You expected to go through life with them and watch them flourish, and then it's all cut short." 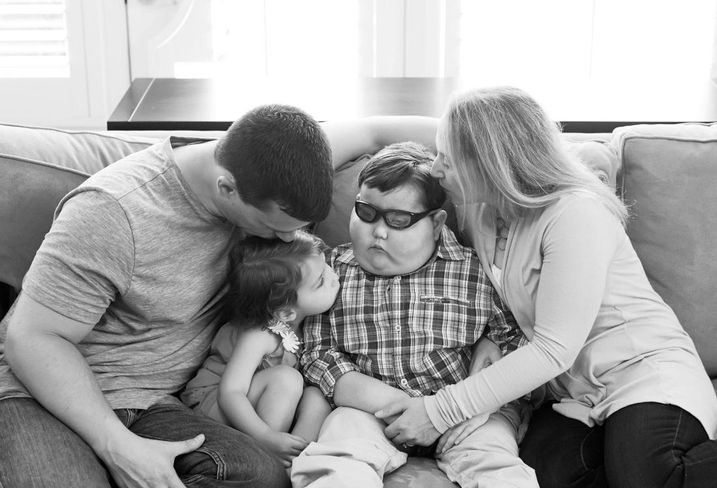 When Michael was diagnosed, Mark was a partner at Covington, after having clerked for Supreme Court Chief Justices Rehnquist and Roberts and 10th Circuit Chief Judge Tacha. Jenny, a former Covington litigation associate, was at the Department of Justice as Deputy Chief of Staff and Counselor to AG Eric Holder.

This changed the trajectory of their lives. Jenny and Mark co-founded the Michael Mosier Defeat DIPG Foundation, and Jenny serves as its executive director. Defeat DIPG is committed to raising money for DIPG research. The overall survival rate for pediatric cancer has improved in the past 25 years, but the almost 100% fatal prognosis for DIPG has not changed. Between 200 and 400 children are diagnosed each year.

In June, law firms in DC and Baltimore are helping Defeat DIPG raise money. With "Dress Down to Defeat DIPG," 19 law firms and counting have joined forces to each designate a "go casual" day sometime during the month. Employees can donate a minimum set amount (or more) in exchange for a day of dressing casually; the money raised will be donated to Defeat DIPG. On the event's web page, people can also make donations online.

To have your firm or company participate, contact info@defeatdipg.org. 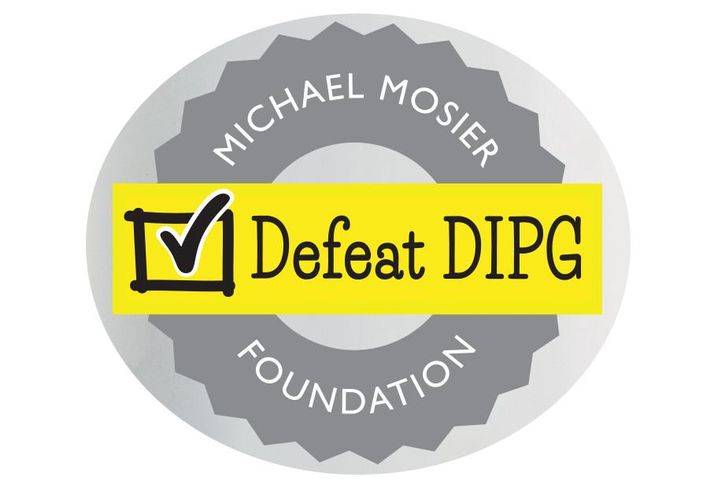 "During Michael’s illness, he created a 'to do list' every day. It included a wide variety of items he wanted to accomplish, from doing legos, to going to school, to drinking a milkshake. He insisted that the list had to be finished before he would go to sleep at night. Michael rarely complained during an unbelievably difficult eight and a half months," explains Defeat DIPG's website.

"The Michael Mosier Defeat DIPG Foundation will work to complete the final item on Michael’s checklist: Defeat DIPG. Our logo symbolizes this commitment, and we intend to draw on Michael’s perseverance, courage and determination as we fight for a cure." 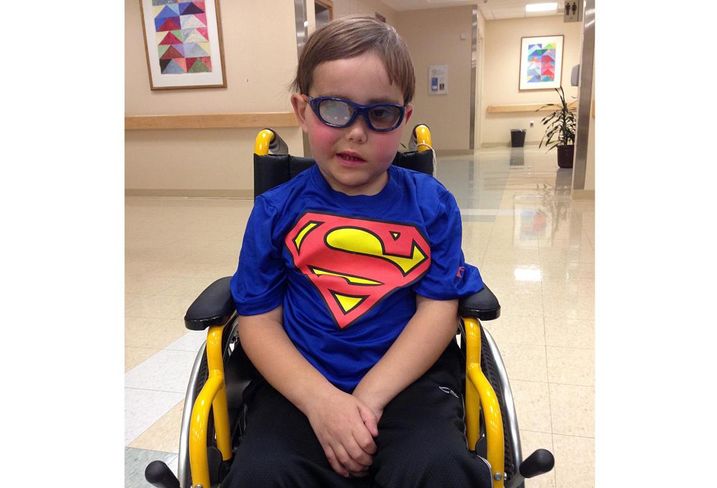 "Every day I learn of new children who've been diagnosed, and every time it's just as devastating to see the suffering and the lack of hope that families have, because we've failed these kids up to now. The resources haven't been dedicated to this," Jenny tells us.

"We're in this fight for the long haul," she says. "Until I can sit down with a child and hear that they've been diagnosed and that they have lots of options, and that they'll make it." 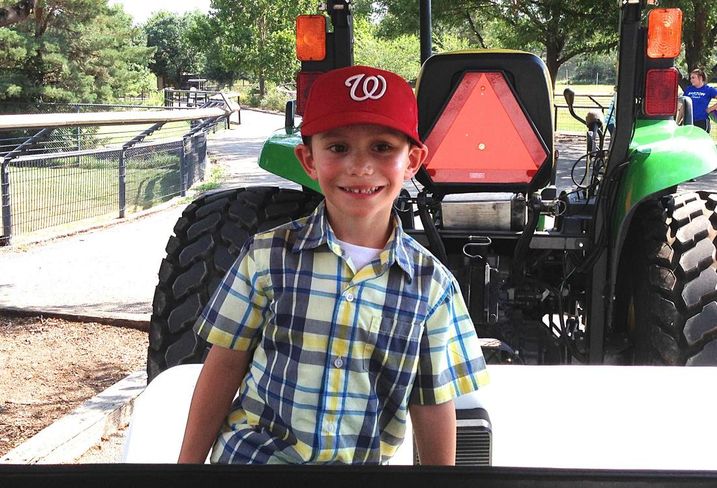 In the last five years, important developments have been made in understanding DIPG on a biological and genetic level, due to advances in technology and access to tumor tissue. For the first time in decades, doctors who've committed their careers to studying pediatric brain tumors are finally hopeful that they'll find treatments and a cure.

"This is an exciting time in the search for effective treatments for DIPG," says Defeat DIPG's website. There's been a "dramatic increase in our understanding of DIPG tumors," but more research is essential to improve DIPG's prognosis. Defeat DIPG dedicates 100% of the funds it raises to research. Jenny says, "Now that they know DIPG is biologically different from adult and other pediatric brain tumors, it is very clear that without dedicated DIPG research, these children will continue to be considered terminal on diagnosis." 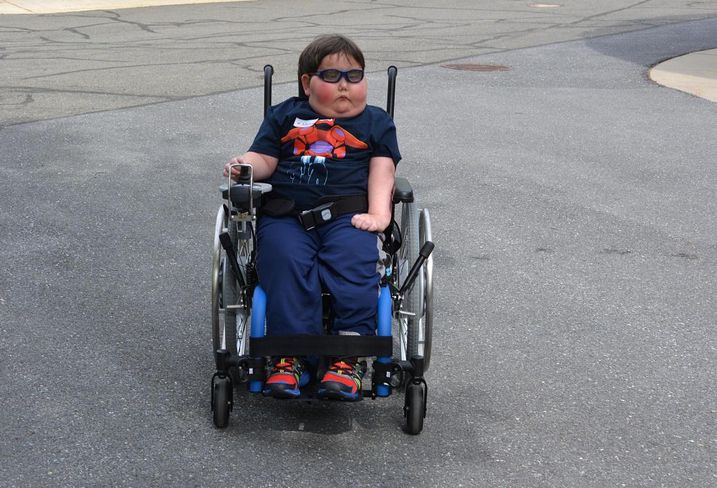 This Sunday, Defeat DIPG is hosting its inaugural Defeat DIPG Superhero Sprint & 6K. "We thought a race would be a great way to get the community engaged, and honor Michael and all of these kids," says Jenny.

The last thing Michael did, two weeks before he passed away, was to participate in a race that raised money for brain cancer research. He led a fundraising team, and Team Big Hero Michael raised more than any other team in the event: $119k.

At the Superhero Sprint & 6K, they're expecting a turnout of 750-800 people, and have gotten support from companies including PepsiCo and the Lerner Family Foundation. An online silent auction for the event also features everything from a Nationals package with on-field batting practice passes to Kendra Scott earrings to AmEx cards.

There are going to be activities for the kids, including a moon bounce and rock wall; Caps player John Carlson will be there to support the event and meet kids, as will the Ravens mascot.

"We just want everyone to come and have a really good time, and by being there, support our efforts to raise funds for research, which is our ultimate goal. 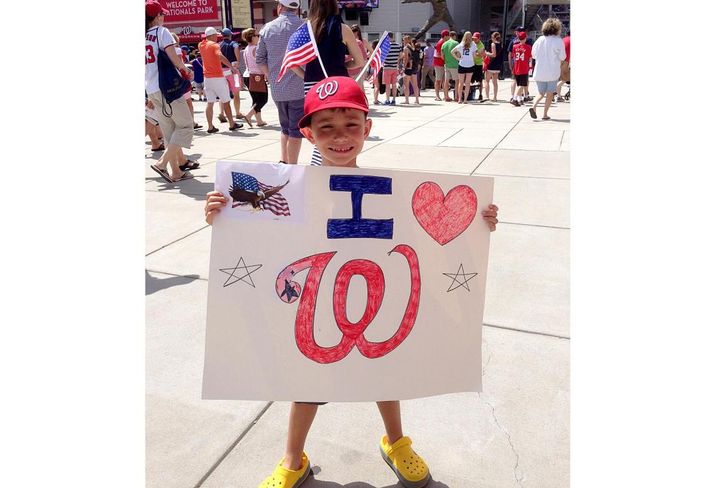 If you're heading to a Nationals game this season, snag tickets through the VIP section of the team's website, here, and enter the code "Michael" to have the Nats donate $5 of the ticket cost back to Defeat DIPG. 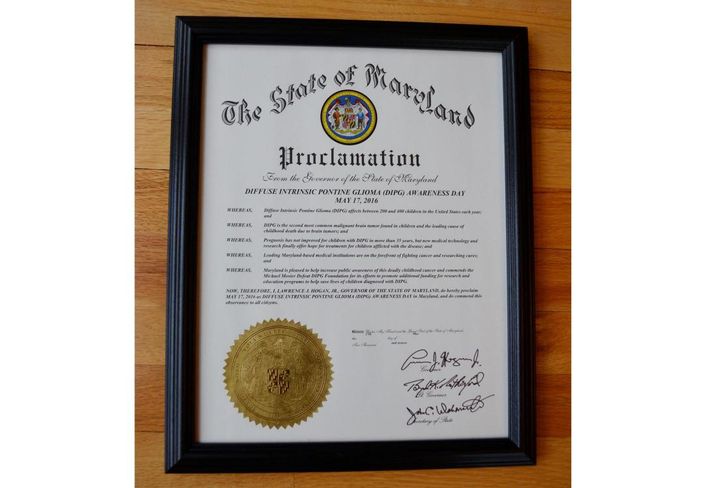 May is brain tumor awareness month. With Defeat DIPG's input, Maryland Gov. Larry Hogan has declared May 17 to be DIPG Awareness Day in Maryland. It's the same day on which Michael Mosier passed away at age 6 in 2015. Jenny has a copy of Gov. Hogan's proclamation framed in their home.

"Of course we were touched to have this on a day significant for our family, but it was very important to us that it wasn't just about Michael or our foundation, but representative of all children who've suffered from this disease," says Jenny.

"It's about moving the needle forward to find a cure. It is too late for him, but we hope it will save other children from the same fate that he suffered and that we feel every day." 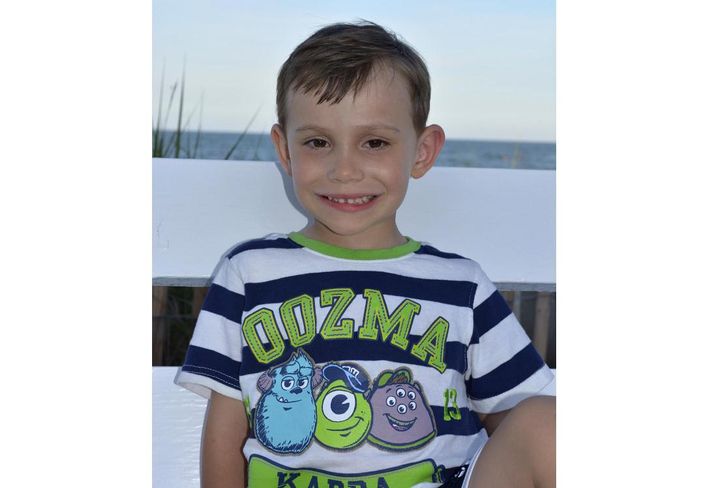 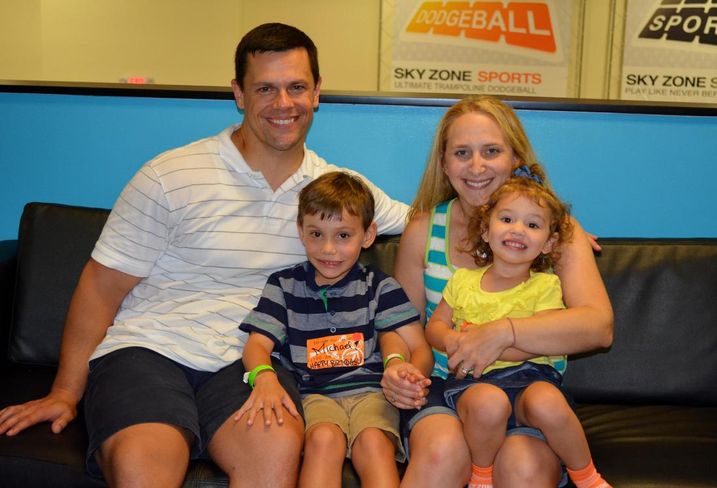