Which Lawyer Must Know About Molten Salt Caves?

An energy lawyer, that's who. (We explain below.) Or at least a lawyer who knows how to finance big energy projects. 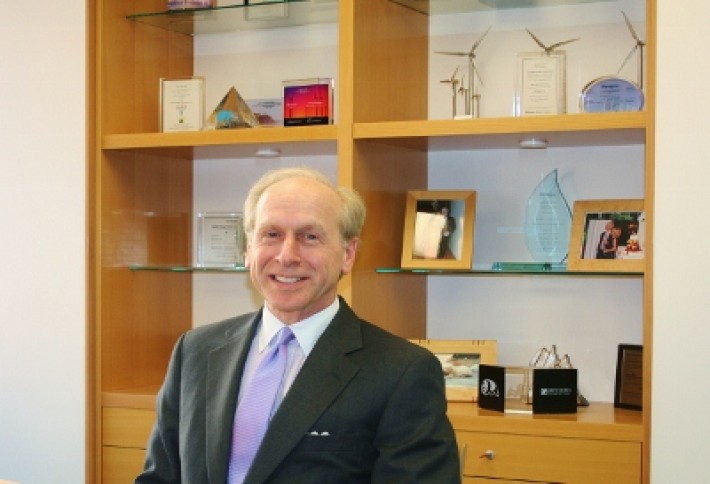 Chadbourne's Keith Martin co-chairs its80-person project finance team. In honor of his 30th anniversary with the firm, we stopped by and noticed thewind turbineson his shelf. As the only Chambers "star"-rated lawyer in US renewable energy, he's worked on wind farmprojects (along with solar, geothermal, biomass, and fuel cell), but he says now many renewable projects on which the group is working are outside of the US. An area getting off the ground is energy storage(since renewable energy is generated often at times when it's not immediately needed). Look out for your electricity coming from giant batteries (say, the size of Keith's office),molten salt stored in a large cave, or compressed air in a cavern. 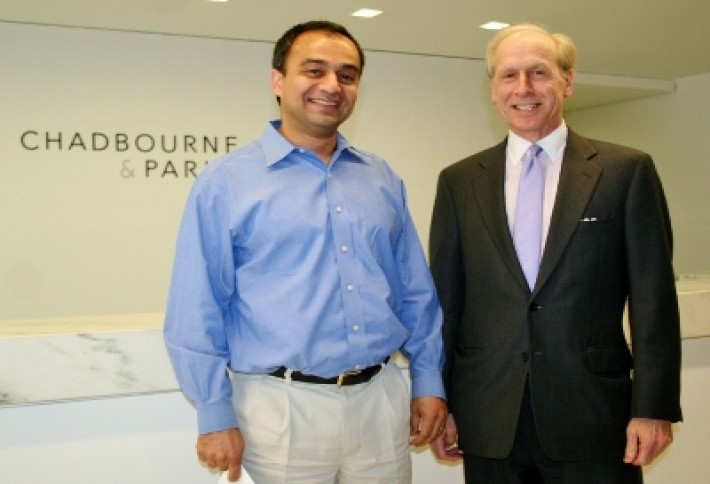 We snapped Keith with fellow project finance co-chair Rohit Chaudhry. Keith repped157 companies last year, with about 40% of the group's work across borders, and also lobbied Congress and Treasury. Financing projects in the $300M to $6B range is like a "very complicated puzzle," he says, which can take a year or two to figure out. (It can't hurt that he has a London School of Economics degree backing up his JD.) In biofuels, the firm has done 40% of the deals in the market. 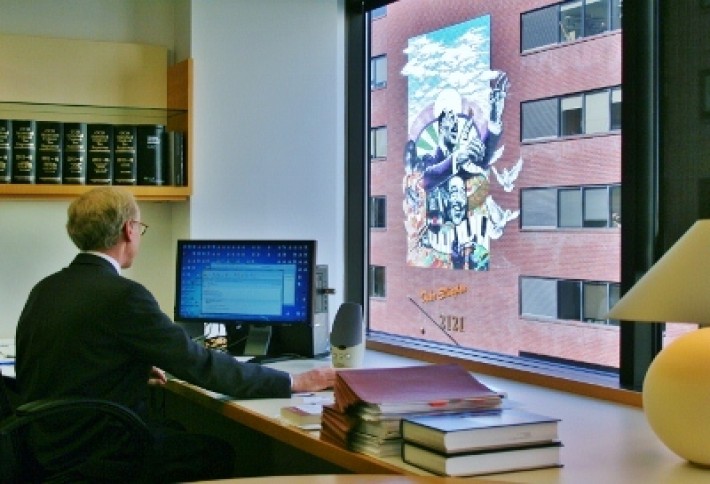 A Duke Ellington mural is on the wall across from Chadbourne's 1200 New Hampshire office. Keith is a guitar player himself, making time to study with a session musician every Sunday. (Look out for his performance at an annual New Year's Eve party.)Not only is Keith down with modern music like the Lumineers, but he's modern online: he's on Twitter and is editor of a project finance newsletter viewed by 37,000. Given that the Chadbourne NY office is at 30 Rock, maybe Keith will be playing the guitar in front of crowds that size before long.