Past SEC IG on Ponzi Patrol

Over a billion dollars in losses from 37 Ponzi schemes were uncovered in the first half of this year, says former SEC inspector general David Kotz, who authored the 477-page report on Bernie Madoff's $50B fraud. David has now published a book on his front-row experience with multiple Ponzi schemes--and how to protect yourself from the next one. 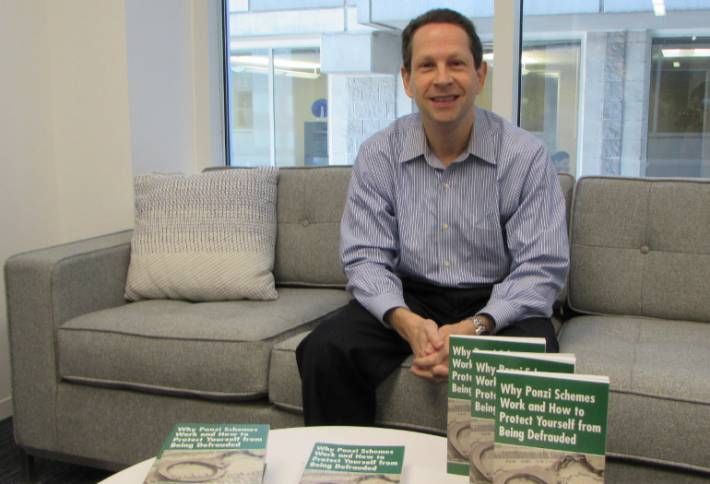 David authored Why Ponzi Schemes Work and How to Protect Yourself from Being Defrauded partly to caution people that the government isn't enough to protect them. Now a managing director at the Berkeley Research Group, he points out that regulators missed the nearly two-decade-long Wasendorf fraud, MF Global, Madoff and Allen Stanford's $7B alleged Ponzi scheme. At the SEC after Madoff, his office wrote three additional reports with nearly 100 recommendations for the enforcement division and compliance unit, all of which were implemented. If there's a Madoff-style scheme, the SEC would be in a much better position to find it--the worry is, he says, that the next fraud will come in a different form. 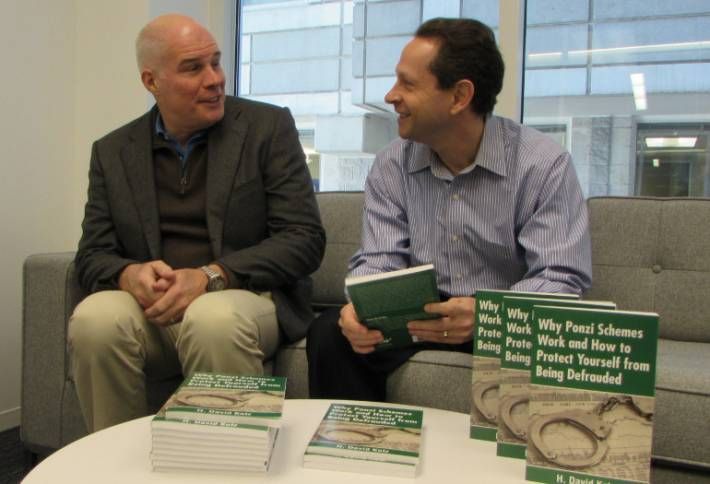 Both at the SEC and now with BRG, David (right, with BRG managing director Charles Lundelius) has had up-close experience with three of the largest fraudsters, which he details in the book. At the SEC, David investigated Madoff and Stanford, and at BRG he interviewed Wasendorf in prison. Madoff, he says, was surprisingly forthcoming, though he told David falsehoods with a straight face and sometimes acted as though he was still trying to fool the SEC into thinking he wasn't perpetrating a fraud. He'd claim that his stock strategy could have worked, or that none of his family and subordinates were involved--when some of those same people were talking to the US Attorney's office at the time. 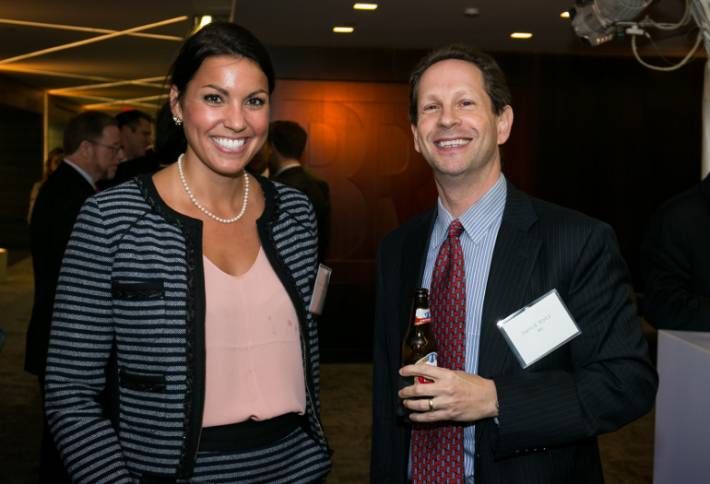 The book also includes warning signs for suspicious investments (one example: the idea that a small group has special access to an "exclusive" investment opportunity), and steps to take if you've been defrauded. David got to know folks at at BRG when some consulted on a compliance aspect of the SEC Madoff investigation; he joined the consulting firm after leaving the SEC in early 2012. Above, David with BRG director of business development Christina Cotter at a recent cocktail reception the firm hosted in its new DC office at 1800 M St.