Close to 200 DC-area chefs traded in their knives for fishing hooks on Monday for the Congressional Seafood FINvitational on the Chesapeake Bay. (Give a chef a fish, he'll eat for a day. Teach a chef to fish, and fish will be one of the specials... every day... forever.) 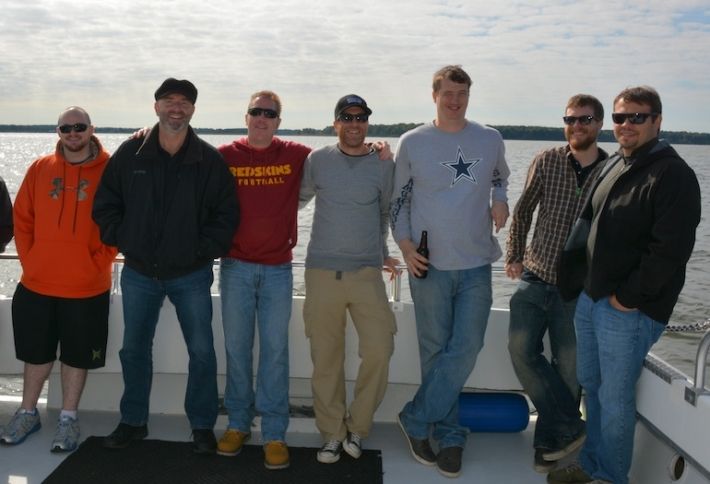 It was the third annual fishing tournament and crab feast sponsored by the local seafood company. We threw on a hoodie and boarded The Worm with quite a team: Brabo’s Brandon Williams, Congressional Seafood’s Dave Simpson, PassionFish’s Bob McGuire, District Commons’ Gerald Walker, Fuego’s Chris Smith, DC Coast’s Miles Vaden and Acadiana’s Brant Tesky. Other boats successfully reeled in bluefish and rockfish, but we only managed to catch an empty oyster shell. 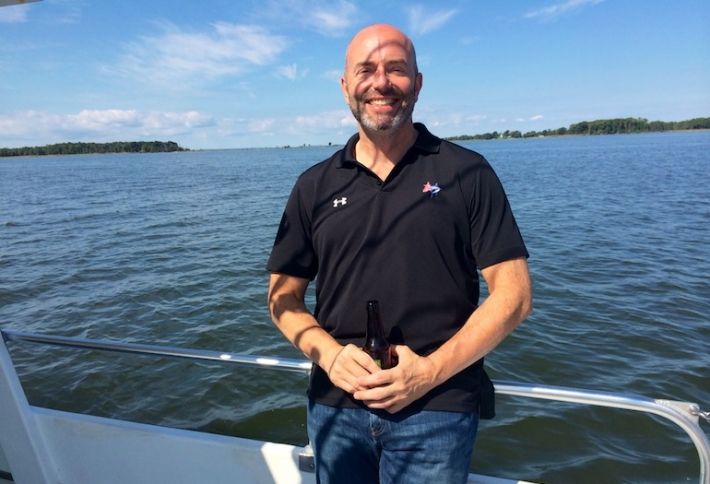 Dave, who serves as Congressional Seafood’s Vice President of Sales & Purchasing explained that our bad luck was due to someone (who shall remain nameless) bringing a banana on board—a big jinx in the world of fishing. He also shared how much the company has grown since he started; they provide 300 restaurants with local and imported seafood. 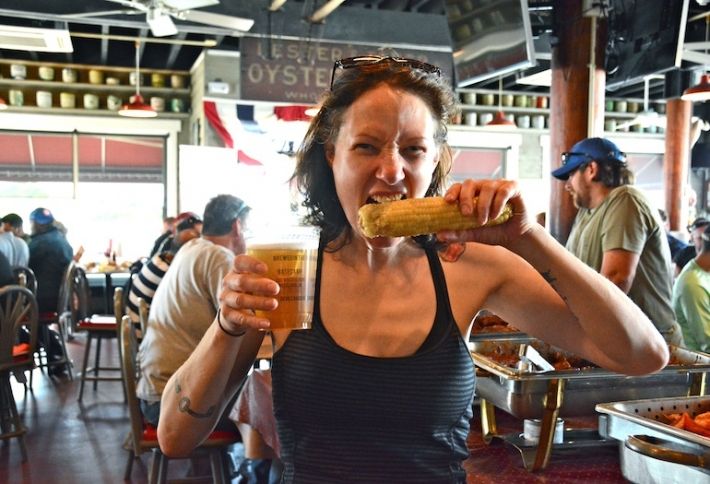 Fiona Lewis of The District Fishwife in Union Market also cast out a line. We snapped her at the post-fishing crab feast inside Harris Crab House. She caught pounds of her favorite fish. “Everybody should be eating an abundance of bluefish,” she says. “I may not be a good businesswoman for pushing the cheapest fish we sell, but it’s a healthy protein, loaded with omega fatty acids that people should be cooking with twice a week.” 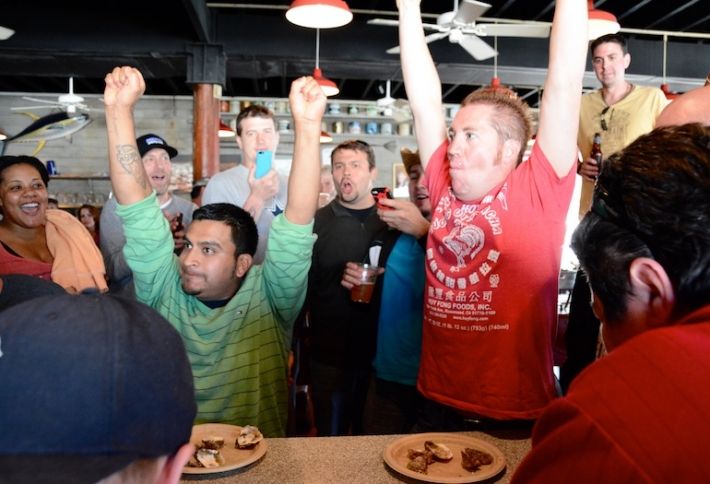 The day’s festivities concluded with an oyster eating competition. PassionFish Chef Bob McGuire (right) competed round after round with perhaps the most heart. Though he ultimately didn’t take the title for slurping briny bivalves the fastest, he did take home a trophy for the ugliest catch. You guessed it—that empty oyster shell.