Is your Honda Accord not cutting it? Is the Prius passé? If you're itching for a custom-made, three-wheeled vehicle, Crystal City will be the place to get one made this summer. 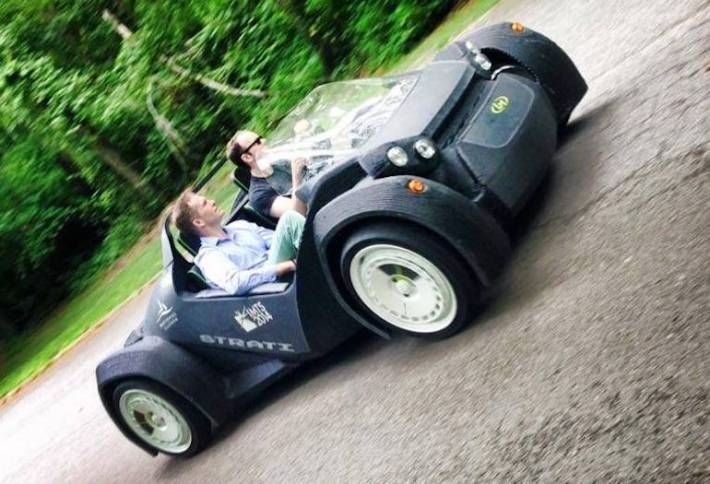 Local Motors, an Arizona company that designs, builds and sells vehicles using co-creation and micro manufacturing, is bringing a mobile factory to Crystal City for the summer. It was the first to manufacture this car using a 3D printer. (Local Motors co-founder John Rogers is the passenger.) The 40 foot long “container” will sell some of the company’s vehicles, including its three-wheel drift trike, and allow people to demo it and get help assembling one. The “mobifactory” will also have small scale 3D printers and hold free classes for people interested in learning about them. It will also hold monthly drag race slalom courses and trike groups for tours of the best places to ride drift trikes. 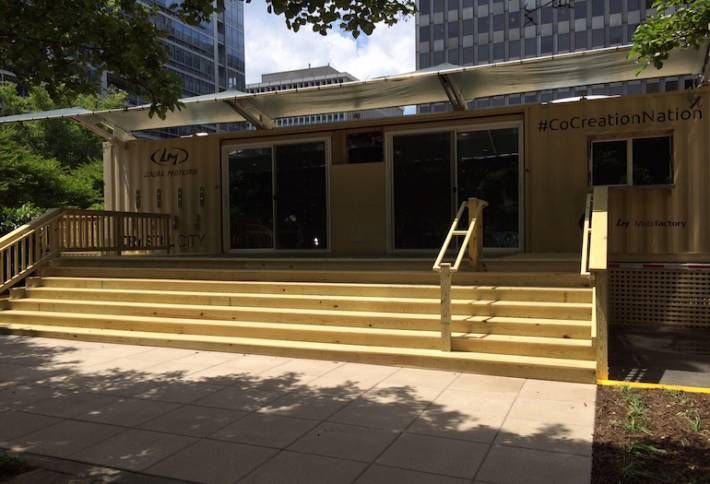 The company plans to bring a sales and demo facility to National Harbor in the fall, says Microfactory programs director Mike Pisani. The operation will include a large-scale 3D printer, as well as a retail store and a chance for users to demo the products and equipment. Mike says the operation will be between the size of its typical 5k SF retail store and its 47k SF microfactory. Mike also says the mobifactory coming to Crystal City (see above as it's getting constructed) is not tied to the National Harbor plans. The company is coming to Crystal City for the summer because of its partnership with Vornado, a real estate developer working on creating an innovation hub. 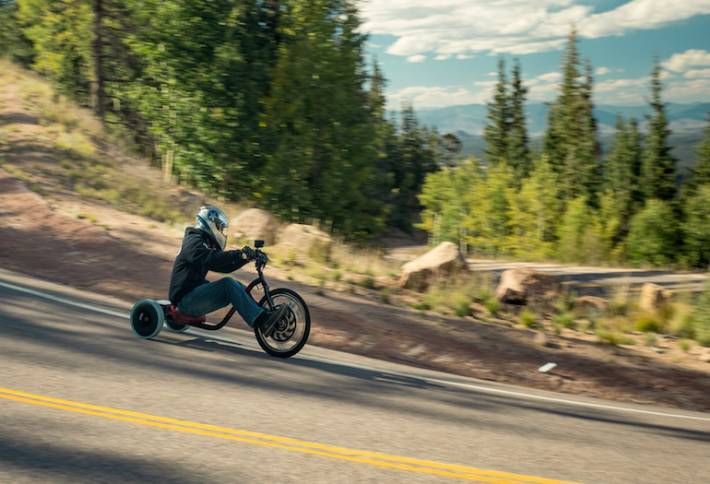 This is the trike that will be sold in Crystal City. (Wear a helmet, kids.) John launched Local Motors after serving in the Marines and getting his MBA at Harvard. He says the R&D process in the military is long and drawn out and he wanted to make a change in honor of fallen soldiers. He also has a family history of vehicle inventions; his grandfather developed the first diesel-powered sedan. After winning a Harvard business competition in 2007, John and a classmate launched Local Motors in Massachusetts. It now has a full-scale microfactory in Chandler, Ariz., that manufactures the company’s line of vehicles. A second version of its microfactory, which will be 47k SF on 10 acres, will open this fall in Knoxville, TN.