How Solar Panels Give Building Owners A Competitive Advantage

While landlords express a desire to reduce their carbon footprint and help the environment, they also cite several business reasons why going solar gives them an advantage as they compete for tenants amid D.C.'s breakneck office construction pace. 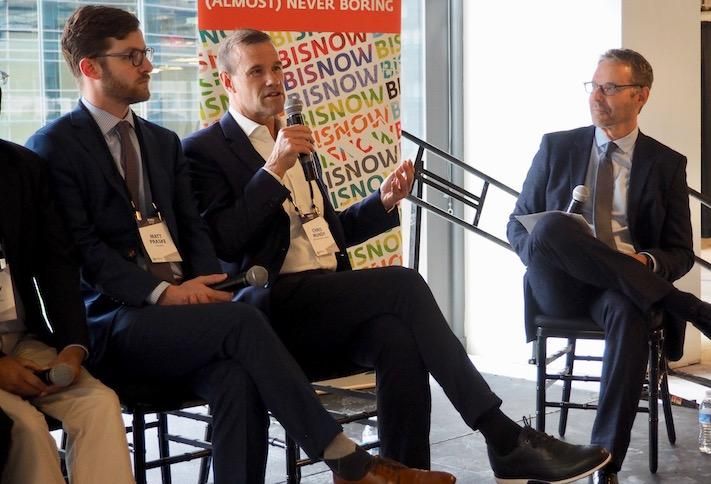 The office market has been particularly competitive, with elevated vacancy rates forcing landlords to differentiate themselves to fill their buildings. Office owners say having solar panels demonstrates their sustainability commitment and can help win over environmentally conscious tenants.

"It used to be more of a check the box on sustainability initially, but now it’s a more and more important item to our customers," said Oxford Properties Group Senior Vice President Chris Mundy, speaking Wednesday at Bisnow's Greater D.C. Solar and Sustainability Summit. "Part of this calculus is in response to that." 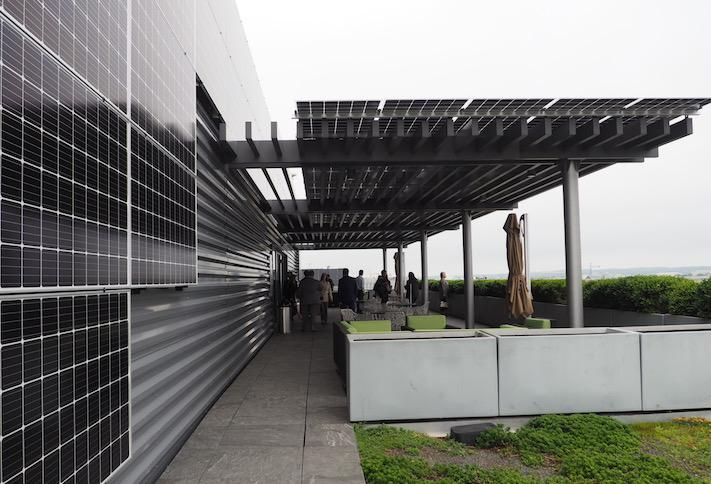 Oxford recently debuted a new solar array on the rooftop of 1101 New York Ave. NW, the building that hosted Wednesday's event. The panels were installed as a canopy above the rooftop amenity space and vertically along the south-facing wall.

Mundy said the concept helped preserve space for a rooftop courtyard amenity for the tenants and gave the building's occupants an up-close view at Oxford's sustainability efforts.

"It's part of the tenant experience," Mundy said. "We said, 'Let’s focus on how we can also incorporate this into the experience so you can see it, feel it and touch it.' People are interested. People are curious."

The energy from the solar panels does not power the building, rather it is donated to the system and given to low-income D.C. residents in the form of savings on their electric bills. New Partners Community Solar, a nonprofit created by Nixon Peabody, installed the panels and operates the program. 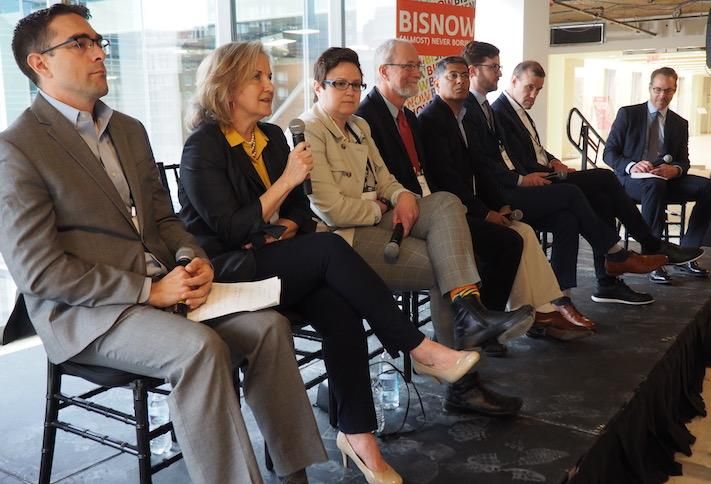 Brookfield Senior Vice President Jackie Duke, whose firm was the first to install panels as part of New Partners Community Solar's initiative, also said solar panels are an important signal to tenants that care about sustainability. But she said the explosion of rooftop amenity spaces over the last decade has forced landlords to balance the value of those amenities with providing space for solar panels.

"One of most difficult things is how we look at roofs today," Duke said. "Ten years ago we had a building that we put AT&T and Verizon equipment on and we thought it was the greatest idea ever because it [was] making money [with space] we thought [was] never gonna be used. Now people say, 'You’ve got to build a terrace and do something with this.' So we really had to balance preserving rooftop space with getting enough space to produce solar."

WashREIT Energy & Sustainability Manager Matt Praske, whose company is also participating in the solar panel initiative, said the focus has historically been on signaling sustainability efforts to attract tenants. But he said the emphasis has recently shifted to investors, who increasingly care about long-term sustainability goals.

"The component that is newer for us that we have been signaling is in response to investor demand," Praske said. "That’s how we signal that our sustainability mission is comprehensive."

Office landlords are not the only property owners installing solar to give them an advantage in the market. Affordable housing developers also see it as an important signal, but instead of tenants and investors, they are looking to show a sustainability commitment to the government.

WinnCos., one of the nation's largest private affordable housing owners, has installed its own solar panels and participated in community solar initiatives like Nixon Peabody's for the last decade. WinnCos. Vice President Darien Crimmin said the government subsidies that allow affordable housing deals are extremely competitive, and the government is increasingly looking to fund projects that have shown sustainability efforts.

"This is a shift over the past decade or so," Crimmin said. "Ten years ago, we were out front doing this as a forerunner because we wanted to differentiate ourselves. Today we’re doing it because it's required as part of the competitive process to obtain a subsidy. It's a real noticeable difference." 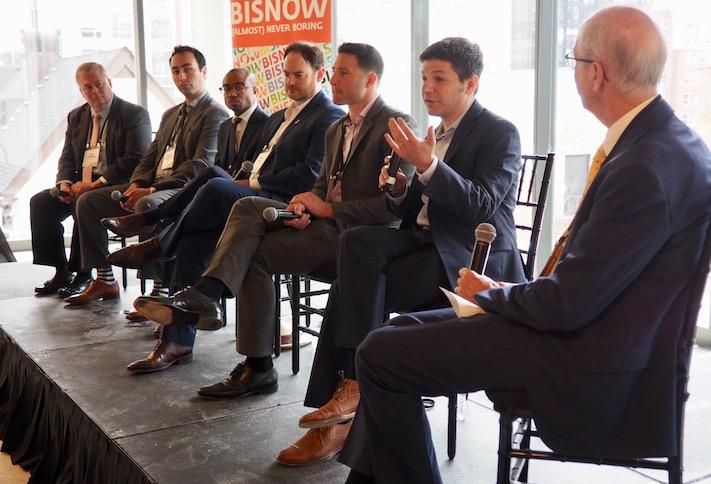 "It comes with a lot of benefits especially for new construction," Kraus said of C-Pace financing. "It’s very, very cheap money. It's typically half the price of mezzanine debt or half the price of equity. And it's elongated money. We can fund fixed-rate for 30 years, and it’s nonrecourse to the operating company."

D.C. is also implementing financing tools for solar projects as part of its goal to move the city to 100% clean energy by 2032.

Mayor Muriel Bowser signed a law in January establishing the 100% clean energy goal for the District, and its government agencies are working to implement ways to achieve the goal. D.C. Department of Energy & Environment Director Tommy Wells said the District plans to set up a $100M green bank to provide gap financing for sustainability projects, and it is looking for more ideas.

"When we think about how do we participate in the solar economy, how do we participate in reducing the amount of energy we use, we also have to think about how are we going to innovate," Wells said. "The pathway is not clear, but the goal to make the city carbon neutral is a great goal. We don't know how to get there, and we're going to have to figure that out together."