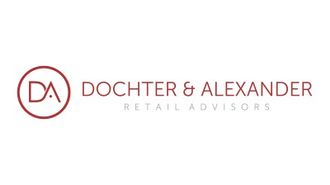 This Five-Person Firm Is Changing The Way DC Does Retail

Since branching off from Cushman & Wakefield to launch their own retail brokerage firm—Dochter & Alexander Retail Advisors—Dave Dochter (right) and Matt Alexander (left) have signed several new deals—including REI to Pike & Rose in Rockville and Uline Arena in NoMa, H&M in Silver Spring and Charles Schwab at 1100 H St NW—and are primed to grow their retail advisory business in the region. That’s why we’re excited to have Dochter & Alexander lead a monthly conversation piece with Bisnow on the retail market.

The pair started C&W’s retail division in DC—Dave was there for 11 years, Matt for five after more than a decade with CBRE—gaining the tools to start something from scratch without the red tape.

“It’s counterintuitive, but it allows us more time for clients because you’re not caught up in the bureaucracy of a larger organization,” Dave tells Bisnow. Independence also means a greater focus on retail and a chance to create a unprecedented, comprehensive DC retail report.

Dave and Matt believe they’ve launched their firm at the perfect time: retail's more relevant than ever in the DC market. Before urbanization reared its head, the two explain from their Penn Quarter office, no one had to think much about how to execute and merchandise retail within a project.

Developers put a shopping center in the suburbs, the spaces were cookie-cutter, the parking lots were expansive, and the decisions about who went where were easy. Now, retail's everywhere (even places it didn't use to be) and it’s more central than ever to a successful development.

But to truly make sense of all the changes, developers need a little guidance, and that's where the two believe they step in.

“The transactions are where compensation comes into play,” Dave says, “but the advisory component’s how you get there. We believe that the industry’s moving toward digesting, interpreting and making decisions with data.”

That’s why the five-person boutique has wrangled in big-name clients like REI, H&M, Regal and Dean & Deluca on the tenant side, while heading up leasing for DCUSA, the Target-anchored shopping center in the heart of Columbia Heights, MetLife and Norges Bank’s massive 555 12th St in the East End, and the new REI flagship development, the former Uline Arena at 301 N St NE, the center of NoMa and Union Market.

Dave and Matt have also used their freedom to create a team with specialized skills and diverse backgrounds. While marketing and Oxford-educated design director Chris Record Brown is a former AOL-er, research guru Max Ward came from the Golden Triangle BID, and transaction coordinator Kate Pond has an undergrad degree in Urban Planning and is enrolled in Georgetown’s real estate program.

“We want to be a highly efficient team, and one that has a unique, individualized skill set that complement each other,” Dave says.

Stay tuned as Matt and Dave take us through DC retails current status and evolution.

Dochter & Alexander's Blog
Dochter & Alexander advises property owners and retail tenants to make better decisions. Operating as one highly specialized and collaborative team we leverage experience and harness technology to create value for our clients. We are there first, ahead of the curve, delivering a collection of market information unavailable anywhere else. Relationship focused and results driven, we execute retail strategy, thoughtfully.
Confirmed! You are subscribed to the Bisnow Washington DC E-Newsletter.
Most Read Stories
More Top Stories
Bisnow DC Newsletter
Bisnow DC Newsletter