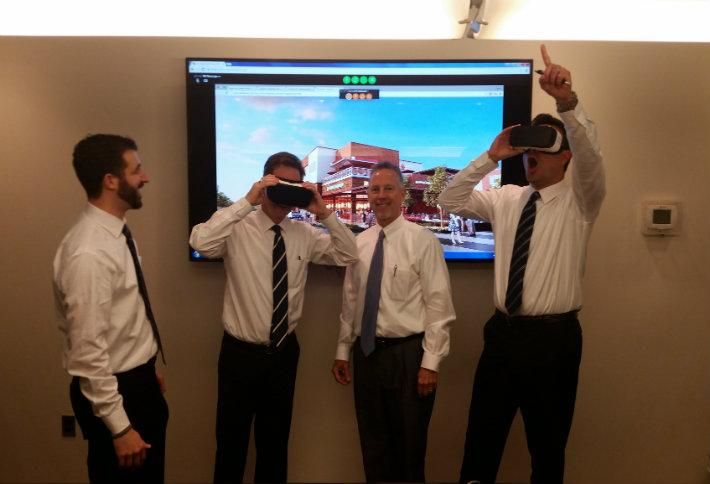 Experiential retail is all the rage these days, and for good reason. As firms have struggled to recover from the shock of the recession—at the same time that online shopping has laid waste to previous retail business models—it’s become mandatory for retail spaces to give shoppers a concrete reason to show up.

That’s how Paul Weinschenk, president of Peterson Cos’ retail division, sees it anyways. And he’s putting his money where his mouth is: Peterson’s been a pioneer of experiential retail in DC, and is doubling down on the strategy with its new Avonlea development.

“Just having a big-box store anchoring a strip mall isn’t enough anymore,” Paul says. “You have to be able to go out and spend time in a way you can’t do on the internet.”

Paul says Avonlea will be a perfect example of that philosophy when parts of it starts delivering later this year. The $70M, 300k SF mixed-use project in Loudon will feature a luxury theater, Cinépolis, with roughly 750 seats, a 32k SF health club, a major grocer, and plenty of carefully curated retail and dining options. That's all complemented by outdoor plazas, café-style seating and water features.

Most of the retail space has yet to be leased, but Peterson has just released a virtual tour of Avonlea to help entice top-notch retailers to fill it at this year’s ICSC RECon.

A Peterson spokesperson assures us it looks much better on an Oculus Rift like the Peterson team above—Andrew Kabat, Paul, Jim Mertz and Marc Menick—are wearing, but if you don’t have one handy you can still check out the tour and 3D video here. 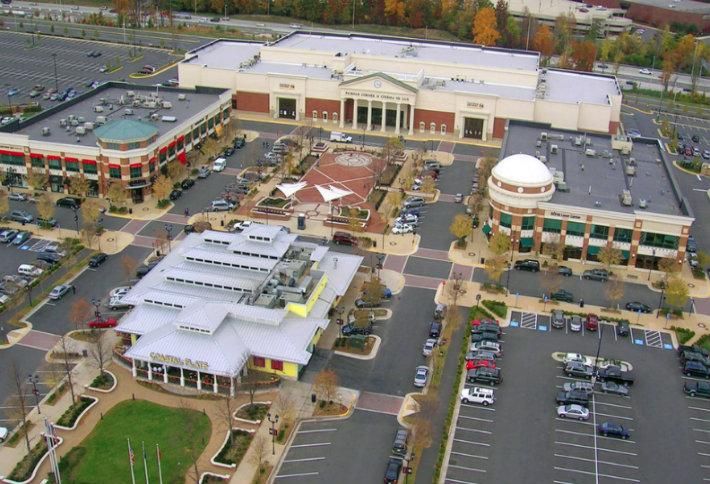 Peterson cut its teeth on the experiential retail concept with its Fairfax Corner (above) development in Fairfax, VA, a 300k SF mixed-use center that features shops and restaurants that cluster around pedestrian-friendly streets.

“Nobody had ever done anything like that before, because the standard back then” when Fairfax Corner opened in the early 2010’s “was strip malls,” Paul says. “It’s had great success, though, and now I think that concept is much more accepted, even expected. And it's continuing to evolve.” 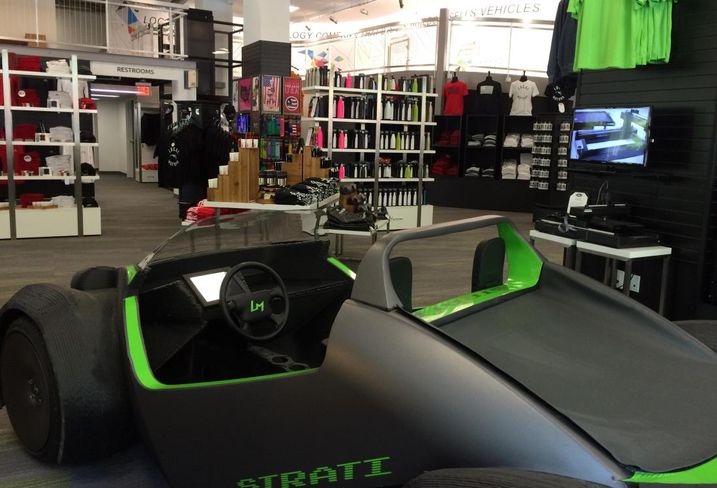 Peterson followed that up with National Harbor, where it's meticulously curated unique retailers that keep people coming back for the experience, not just the shopping.

Local Motors, a 3D-printing shop that can make on-demand items from baubles to full-on cars (above), is a big part of that, Paul says.

If what they’ve done at National Harbor is any indication, we can expect big things on the horizon at Avonlea as well.

We're thrilled Peterson has joined us as a founding partner of our Bisnow Beltway Bash, to be held on May 23 at 5:30pm at the Wynn's Intrigue Nightclub at ICSC RECon. We hope you'll join us. Register here!