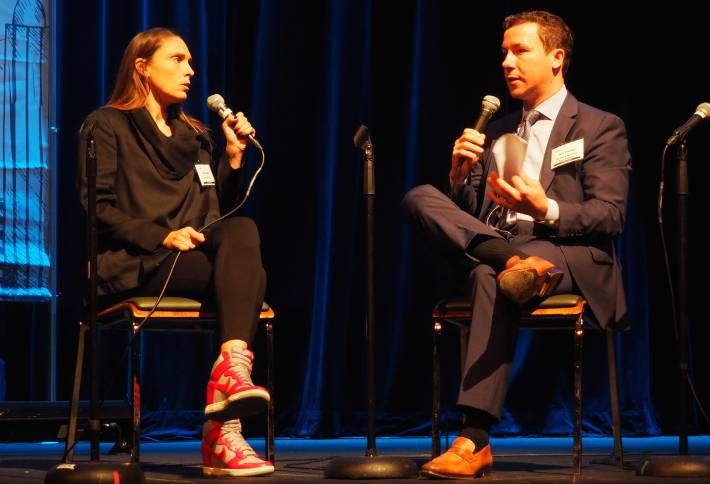 Some retail spaces are renting for more than $200/SF a year along 7th Street NW and on M Street in Georgetown, according to a new retail study, the first of its kind. And in the coveted East End, almost 150k SF of retail space is under construction.

“I thought there was a void in the marketplace where that data to a granular street level didn’t exist,” Dave told Bisnow following the event yesterday. His big takeaway: how much the rents in the city fluctuate, from a high of $215/SF on 7th Street (the strongest retail market in the city by every metric) to an average rent of $45/SF on Pennsylvania Ave SE. “I think the fluctuation in rents, and being able to quantify that, is very interesting,” Dave says. “We’ve talked about that anecdotally and subjectively, but now we have the data to back it up.” 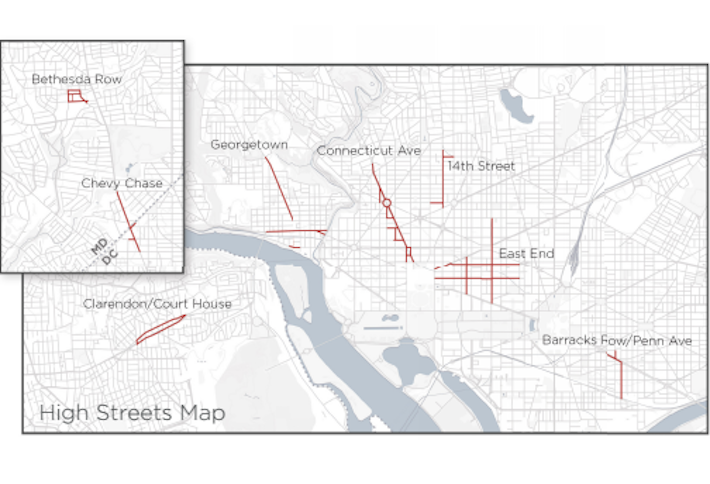 Some of the trends the report IDs: soft goods and apparel are surging in DC and moving East. “Apparel retailers are expanding into the market at unprecedented levels,” the report states. And newer projects like CityCenter DC and the hundreds of thousands of square feet of retail space under construction allow soft goods to target spots with appropriate co-tenancy.

Almost 40% of the available retail space in the major retail markets is “shadow space,” meaning occupied retail space that has the possibility of being made available for another user. The huge prevalence of shadow space makes it difficult for retailers coming to market to get ahead of where availability is and will be, the report says. This is especially prevalent in the East End, where much of the space occupied by museums (being booted from their locations) will convert to higher-end retail.

There are swaths of vacancy in the East End, particularly along 11th Street and H Street NW, but that will likely change soon. 555 12th St NW (which Dave and co-founder Matt Alexander are working on) has 96k SF of retail space; once leased, that will significantly reduce the submarket's vacancy. Dave tells us they "are getting close on deals with some very exciting retailers." The study also predicts that the strong Clarendon-Courthouse high street could be affected by the Ballston Mall renovation, which could draw retailers—and shoppers—farther west. The full, free report is available on Dochter & Alexander's website here.