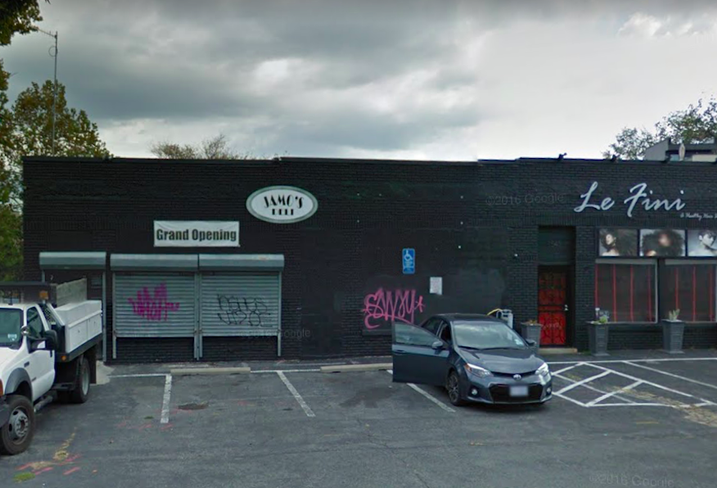 One of D.C.'s hottest dining neighborhoods could be getting a new American restaurant later this year.

Victoria Manages, the owner of Shaw's Salon Le Fini, filed an application with the Board of Zoning Adjustment Saturday to open a restaurant in the adjacent storefront at 1545 New Jersey Ave. NW.

The restaurant would be named Great American Bistro and would have a 1,600 SF footprint with a total occupancy of 127 people, according to the application.

The site is bounded by New Jersey Avenue, Q Street, Fourth Street and Franklin Street. It is in a largely residential area with no other restaurants on the surrounding blocks, and is about four blocks east of Shaw's main restaurant scene.

The property was previously home to a convenience store. Manages has never run a restaurant before, but she wanted to do something to bring life to the vacant storefront next door. She has a partner, James McKinney, who is focusing on the construction and design of the restaurant. She has also brought on a general manager who is looking to hire an executive chef.

“I have expertise in business, but this is my first rodeo opening a restaurant,” Manages told Bisnow. “My partner and I are dedicated and we’re going to make it work. For us, it’s for the neighborhood … It will be good for them to come and patronize us, but it would also enhance everyone’s property value because you no longer have that eyesore sitting in the middle of New Jersey Avenue.”

She signed a 10-year lease for the space in September and hopes to open this fall. Before filing the application, she held focus groups with neighbors to hear what they wanted at the site.

"After the numerous focus groups, it turns out all they want in their neighborhood is a nook where they can come enjoy coffee, read a paper and get regular American fare," Manages said. "They wanted a place where they can grab a good burger. They made it clear there were too many specialty restaurants."

Manages said her main competition in the neighborhood will be Shaw's Tavern, the American bar and eatery five blocks north. She has already created a website for Great American Bistro that includes a menu with breakfast, lunch and dinner offerings.

Manages said she hopes to be known for the lobster rolls and lobster bites. She said she is going to bring lobster down from Maine using the same purveyor as Luke's Lobster.