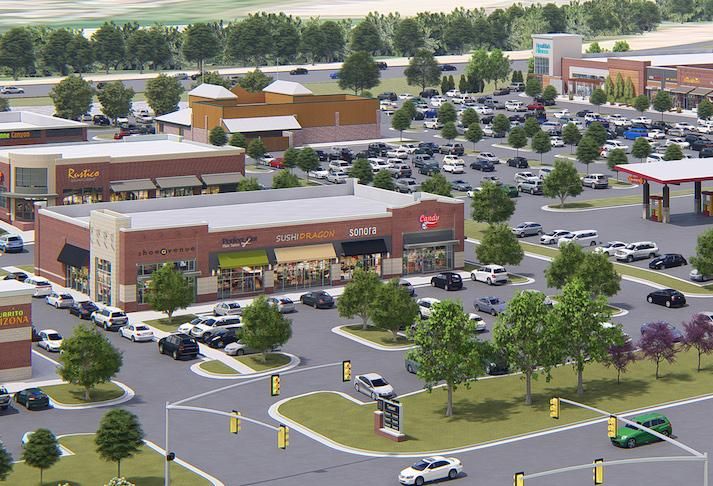 Many owners of suburban shopping centers are looking to fill vacancies or redevelop into mixed-use projects, but one developer is launching a new retail-only project from the ground up in the D.C. suburbs.

The shopping center, Riverside Square, will include a 5K SF Sheetz convenience store and gas station and a 7,400 SF Texas Roadhouse steakhouse. Monument has also signed a lease for a 20K SF upscale health club, but it has not yet announced with whom. The buildings will begin delivering later this year.

The developer secured a $24M construction loan from Citizens Bank for the project. The property is located just off Leesburg Pike, near the intersection of Riverside Parkway and Ashburn Village Boulevard.

The suburban retail project is a first for Monument, which typically focuses on higher-density developments in urban neighborhoods. It has several D.C. projects in various stages of development, including a 69-unit condo project with retail in Shaw, a 171-unit condo building near Nationals Park, an office building with retail in Chinatown and a 310-unit apartment building in NoMa.

"We are excited to break ground on Riverside Square and see the development take shape for our new tenants and for the community," Monument founder Michael Darby said in a release. "This is the first of many retail centers we are focused on developing throughout the Mid-Atlantic region."