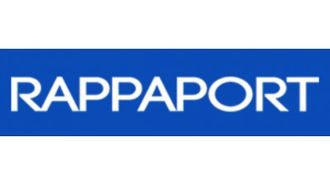 Cinépolis USA, one of the largest movie retailers in the world, plans to bring luxury moviegoing to Montgomery County with its latest location at Kentlands Market Square in Gaithersburg, Maryland. Rappaport Executive Director of Brokerage Mike Howard and Director of Brokerage Pat O’Meara represented the tenant in the transaction.

With movie ticket sales reaching 1.3 billion tickets in the U.S. and Canada last year, compared to a peak of 1.6 billion in 2002, the Cinépolis USA at Kentlands location will promise a new experiential model that has boosted declining theater attendance in other markets nationwide.

In the era of cord cutting and web streaming, the original experiential retailer — the movie theater — has had to undergo significant upgrades. Traditional auditoriums have been replaced with reclining leather seats, full-service bars and fine dining options. Luxury options come at a significant investment: Theaters have invested as much as $600 per recliner.

The installation of the seats represents a significant business model change. To accommodate the recliners, four-screen theaters have had to reduce capacity by 50%. The risk has paid off, with business up as much as 60% compared to previous periods.

In Pico Rivera and Vista, California, Cinépolis USA experimented with retrofitting locations to create Cinépolis Junior, a hybrid playground and movie theater where children can bounce on beanbags and tire-climbers while their parents relax in lounge chairs. More movie theaters have also added alcohol to the concessions menu to attract adults. The National Association of Theater Owners estimates 700 theaters nationwide sell alcohol, up from just 200 in the mid-2000s.

Gimmicks have historically been less successful. For the release of  “Batman vs. Superman,” Regal Cinemas experimented with an immersive “4DX” experience, combining physical effects like fog and rain with motion-simulating seats. The distracting chaos had one reviewer calling the experience anything but immersive.

Swapping out packed seating with room to stretch out, eat and view carefully selected programming has stuck with moviegoers who are used to the comforts of home and are looking for an elevated experience. Cinépolis USA charges upward of $22 per adult ticket, but the luxury experience, offering in-theater waiter service and gourmet dining at the touch of a button, justifies the higher ticket prices. Visitors are willing to pay a premium for the added amenities.

Cinépolis USA offers additional perks like reserved seating and swivel tray tables. In a nod to the old days of theatergoing, an usher shows patrons to their seats.

The Mexico-based company entered the U.S. market in 2011, and it currently operates 16 theaters across Southern California, Florida, New Jersey, Connecticut and New York. But the chain is not alone in growing the luxury theater experience, as what was once rare has increasingly become the norm for moviegoers.

Texas-based Alamo Drafthouse, an exhibitor chain with a similar food, drink and film business plan, has spread out to locations from Los Angeles to New York and opened a location nearby in Loudoun County, Virginia. Cinébistro and iPic Theaters also have locations in the market.

Cinépolis USA has similar plans for expansion, opening five new theaters in the Northeast in July and announcing project openings in Los Angeles; Orange County, Florida; Dayton, Ohio; and Dallas. It looked to Rappaport to find the optimal location to grow its brand in lifestyle centers across the D.C area. Rappaport specializes in the D.C. retail sector, and saw the addition of Cinépolis USA at Kentlands as a successful example of what experiential retail could bring to a sector threatened by the growing presence of e-commerce.

O’Meara and Howard identified the areas where a luxury theater experience would receive a favorable response. Kentlands Market Square serves a population of approximately 114,000 and boasts retail staples like Whole Foods. Cinépolis USA will replace the existing theater as the landlord, Kimco Realty, plans to renovate the center. The location will draw consumers from across Montgomery County.

Cinépolis USA plans to open an additional location in the Avonlea development in Loudoun, but Kentlands offers the first taste of experiential retail's market potential in similar high-income areas.

For movie theaters, it looks like luxury options are a golden ticket.