New Fitness Hall From Former Coworking Execs To Open In D.C. In January

A new fitness concept from three coworking executives — including the founder of MakeOffice and the former D.C. city lead for WeWork — is roughly two months from opening in one the busiest parts of the city. 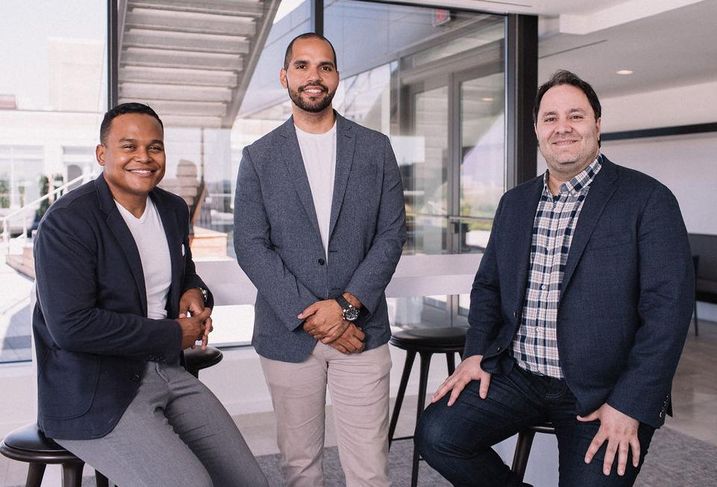 BYNDfit, pronounced Beyond Fit, will open in a 25K SF space at 650 F St. NW in January, co-founder and CEO Raymond Rahbar said.

Rahbar is a serial entrepreneur; the last company he founded was coworking operator MakeOffices (which he launched as UberOffices) before a legal dispute with investors MRP Realty and Ron Paul, the former EagleBank CEO, led to his ouster. The lawsuits between the parties have since settled, and Rahbar declined to comment on the company.

But Rahbar took with him his connections, and he co-founded BYNDfit last year with two other coworking executives: Ryan Macaulay, who had served as MakeOffices' chief technology officer, and Carl Pierre, who led WeWork's operations in D.C. for three years before leaving to work for the Eaton's coworking operation, according to his LinkedIn profile. Macaulay serves as BYNDfit's chief technology officer and Pierre serves as its chief marketing officer.

"The players might change over time, but coworking certainly changed commercial real estate forever. Every Fortune 500 company has a coworking presence. Fitness is changing also," Rahbar told Bisnow in an interview last week. "Fitness is one of those industries that’s always had a ton of interest, money and opportunity, but no one can own the market share. Too many people, too many locations. The opportunity is there."

BYNDfit's board, which Bisnow can first report, is made up of local leaders who can give credence to the vision: former D.C. Mayor Adrian Fenty, Pacers CEO Kathy Dalby, Executive Director for the Center of Innovation and Entrepreneurship at George Mason University David Miller and private equity firm Fahrenheit 21 partner and head of strategy Courtney Pace.

"I couldn’t be more impressed with this team," Fenty said in a statement. "I believe their collective experiences, strategy and plan to disrupt the fitness industry is a winning combination."

Rahbar said he came up with the concept a few years ago, but dedicated the last two years to developing it. After leaving MakeOffices, he holed up in a house in LA, then traveled the country visiting other gyms while he finalized the business plan. BYNDfit signed the lease with landlord Beacon Capital Partners about a year ago, choosing Terrell Place for its location across the street from Capital One Arena and next door to the Shakespeare Theatre Co.

"We knew we wanted to be somewhere that was super dense that had various types of traffic," Rahbar said. "We’ve dealt with a lot of landlords, and we wanted to get a good partner for this first location, which we want to be spectacular and really proud of." 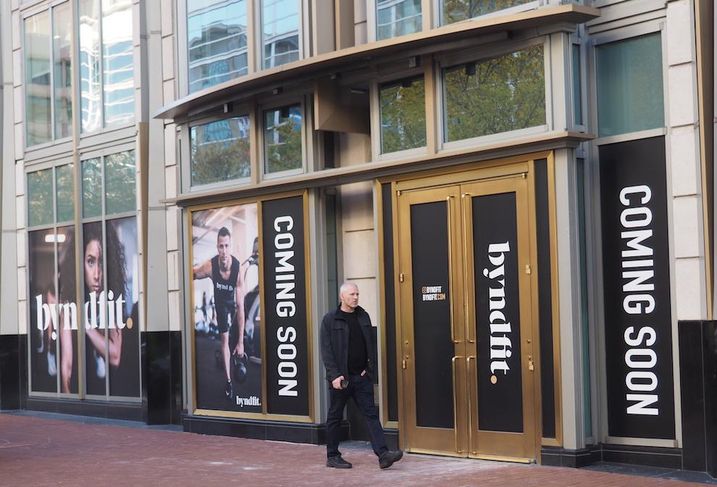 The fitness hall will occupy 5K SF on the ground floor and 20K SF in the basement. About half of that space will be dedicated toward the traditional gym space, 7K SF would be dedicated to the five fitness studios, and the rest would be dedicated to a juice bar, a merchandise area and men's and women's locker rooms, which will include infrared saunas and a humidity-free "get-ready room," Rahbar said.

The group fitness classes will charge customers $10 each, significantly lower than most standalone studios, and Rahbar said the instructors will keep all of the proceeds from the classes. The gym membership would cost $149 a month, and unlimited group classes for gym members would cost $50 more. The studio arm is being run by Jordan Ciminelli, an instructor with a wide range of class-teaching experience, including with cycling concept Flywheel, who also used to work at MakeOffices.

One of the studios will be dedicated to cycling, with a 24-foot IMAX-style screen and seven projectors, intended to make riders feel as if they are biking through nature. Another studio will be dedicated to virtual reality workouts, which Rahbar said will be the first of its kind on the East Coast. The three other studios will be flexible studios, with the one intended for yoga built with a live plant wall and extensive soundproofing.

"We're trying to make it a luxury experience," Rahbar said. "We want to be the cleanest gym that anyone has ever set foot in."

When BYNDfit opens, which will "definitely" happen in January, Rahbar said, the founders expect 2,000 members on the first day, with hours set for 5 a.m. to 11 p.m. While there are nebulous plans for future locations — "we don't do small things," Rahbar said — the team is dedicated to building and perfecting the first location before it discusses others.

"Like any good lifestyle brand, you’re trying to grow the brand every day, grow the revenue every day," Rahbar said. "We want to grow, it takes multiple things to go right to grow. Hopefully we can get all those things right, but it’s hard to say this early in the stage. We have a goal to be more than one location ... We believe consumers are looking for a certain experience and a certain amount of amenities, and we think we’re the right team at the right time to provide that."