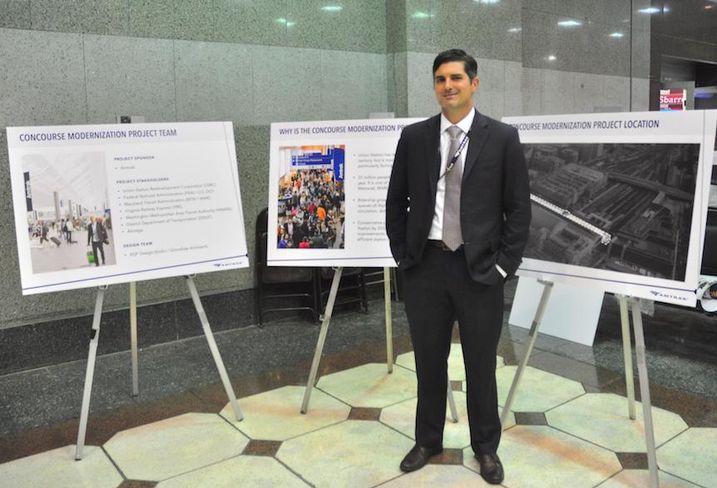 Union Station will soon undergo a series of renovations aimed at doubling ridership in the next 20 years, and last week officials invited the public in to look at the detailed plans for the project's first phase.

Phase 1 will redesign the Amtrak concourse to create more waiting space for passengers and a more efficient flow of people getting on and off the trains. It will cost about $50M and add roughly 20k SF of passenger space by removing walls and activating previously underutilized areas of the concourse.

"The goal is to have it be more open and less fragmented," Amtrak Union Station project director David Zaidain (above) tells Bisnow. "We want to open it up and have it be one unified concourse...We think it's going to be a great experience for the passengers." 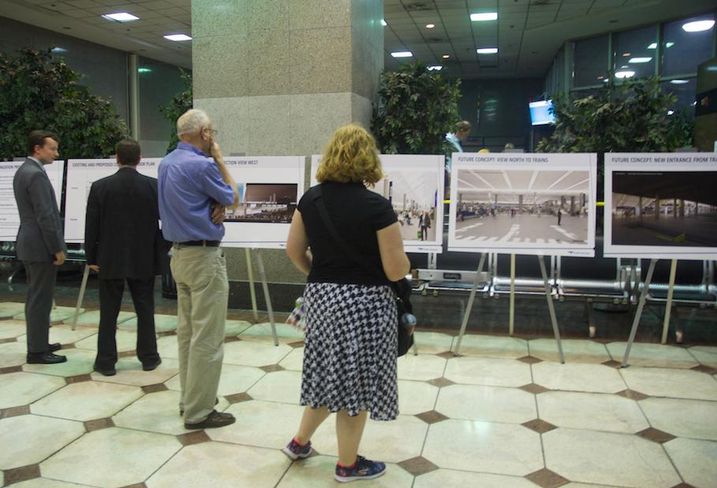 Passengers got a peek at what this will look like during an open house Thursday, with several renderings of different views of the project, plus informational placards.

In addition to opening up the main concourse, Amtrak's Club Acela lounge will also see a major upgrade—growing from 4,200 to 10k SF and adding windows with views of the concourse.

Construction is expected to begin in winter 2017 and be completed by 2020.

David says construction will not curtail any of Amtrak's service or shut down any of Union Station's retail, although there will be visible construction on the concourse.

"The challenge to us and the design team is 'how do you build this in a way that keeps access to all the platforms going?" David says. 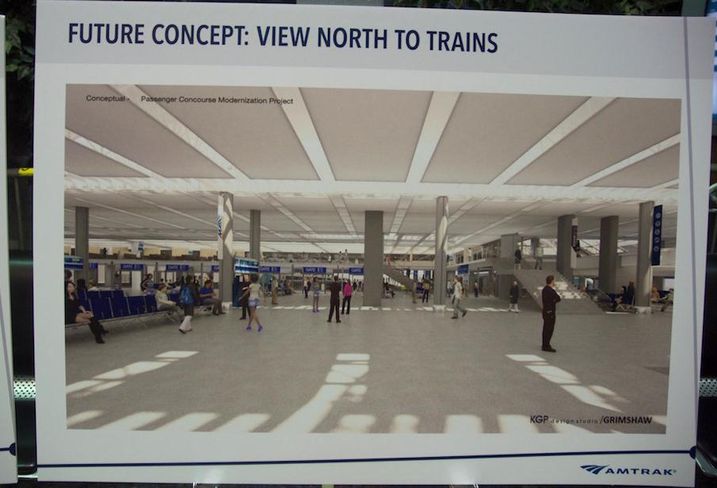 This view shows what passengers entering the Amtrak concourse will see as they look toward the gates to find their train.

This concourse redesign is just the first step in a long-term plan to renovate Union Station, dubbed the 2nd Century Plan. In addition to updating and expanding the station itself, the long-term vision include's Akridge's Burnham Place, a 3M SF mixed-use development over the rail yard. The project is still in its early stages and a master plan is expected to be introduced to the public next summer.