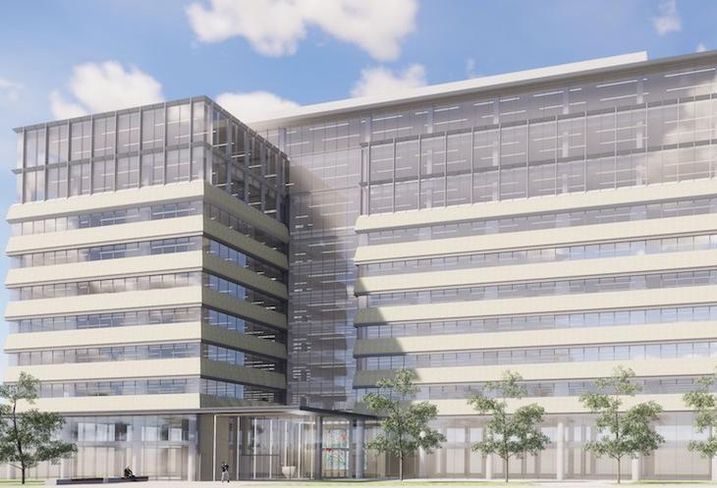 WMATA
A conceptual drawing of the renovations WMATA is considering at 300 Seventh St. SW

The D.C. region's transit agency is leaving the building it has called home since the opening of the Metro system.

WMATA plans to move its headquarters from the Jackson Graham Building in Chinatown to a L'Enfant Plaza office building at 300 Seventh St. SW, the agency announced Tuesday.

Metro said it is beginning a process this week to acquire the building, currently owned by SSH Real Estate. It plans to re-skin the building's facade and could potentially add three floors that it would lease to generate revenue.

The 143K SF Class-B office building at 300 Seventh St. SW, formerly known as the Reporter's Building, sits one block south of the L'Enfant Plaza Metro station. SSH, in partnership with Young Capital and JOSS Realty Partners, acquired it in 2006 for $59M. The building was then occupied by the U.S. Department of Agriculture, which signed a lease extension in 2007. WMATA says the building is now vacant.

Since 1974, WMATA has occupied the Jackson Graham building at 600 Fifth St. NW. The agency earlier this year decided to sell the building after retaining JLL to help it pursue an office consolidation strategy. It is also looking to buy buildings in Maryland and Virginia to consolidate several leased offices it occupies throughout the region. WMATA says the consolidation strategy will save it $130M over the next 20 years.

"This is the right move for all the right reasons, most immediately the safety of more than a thousand people who occupy JGB each day," Metro CEO Paul Wiedefeld said in a release. "Beyond that, moving our headquarters to L'Enfant Plaza will make us even more accessible to our customers, create a modern and vibrant office space that allows us to attract and retain top-flight talent, and generate revenue to support transit service."