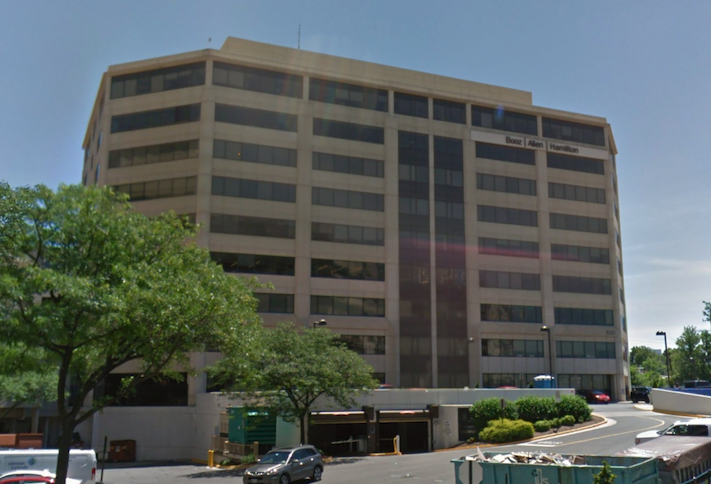 The Tysons office building where Booz Allen Hamilton maintains its global headquarters is under contract to trade for $10M less than its previous sale.

WashREIT disclosed in its Q4 earnings release Friday that it reached a deal to sell the John Marshall II office building at 8283 Greensboro Drive for $63.4M. It did not disclose the buyer, but said it expects the deal to close March 26.

The REIT acquired the office building in 2011 for $73.5M. The nine-story, 223K SF property was constructed in 1996, renovated in 2010 and is 100% leased to Booz Allen. It sits less than a half-mile from the Greensboro Metro station and newly delivered mixed-use development The Boro.

In 2016, WashREIT retained HFF to sell the building after signing a lease renewal with Booz Allen through 2026, the Washington Business Journal reported at the time. HFF has since been acquired by JLL.

In its earnings release, WashREIT said the sale would eliminate the company's exposure to single-tenant assets. The company declined to comment further on the deal.

The office vacancy rate in Tysons was 18% as of year-end, according to JLL's Q4 market report, and the market experienced positive net absorption of 632K SF last year.

The deal continues the REIT's ongoing transformation of its portfolio toward multifamily assets and away from office and retail properties. Last year, WashREIT sold eight D.C.-area retail properties for $562M and sold two office buildings in D.C. and Northern Virginia for a combined $163M. Additionally, it acquired a 2,113-unit multifamily portfolio for $461M and an Alexandria apartment building for $70M.

"2019 was a pivotal year for WashREIT on multiple fronts," WashREIT CEO Paul McDermott said in the Q4 earnings release. "We executed $1.3B of strategic transactions, a company record, to streamline and de-risk our portfolio and improve our ability to drive value creation."